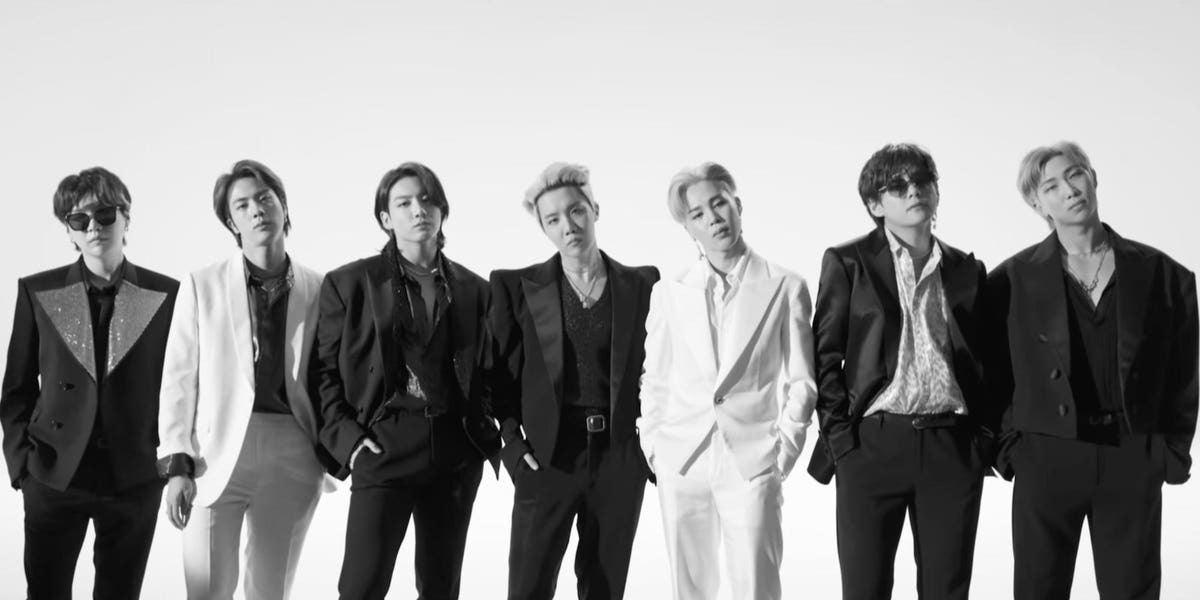 BTS’s new single “Butter” has only been out for one day, but it’s already broken an important record, securing the highest 24-hour debut in YouTube history—at least for now.

As of midnight EST, “Butter” had earned an estimated 112.855 million views on YouTube, giving it the biggest first-day view count of all time. BTS previously set the 24-hour debut record with last summer’s “Dynamite,” which racked up 101.1 million views in its first day.

This number is based off the live YouTube view count when “Butter” reached the 24-hour mark. YouTube has not yet released its official first-day view count. Previously, videos that appeared to be in contention for the 24-hour debut record lost millions of views when the official tallies were released due to “low-quality” streams,” i.e. videos that may have been viewed simultaneously across several windows, tabs and devices, or videos that were looped for hours with the volume muted.

Forbes has reached out to YouTube to request the official 24-hour view count for “Butter” and will update this article accordingly when the company confirms the final number.

Even if “Butter” ends up not officially breaking YouTube’s 24-hour debut record, it will almost certainly be in the top two. The next-biggest 24-hour debut belongs to Blackpink, whose “How You Like That” earned 86.3 million first-day views last summer.

It’s not surprising that “Butter” apparently broke the 24-hour YouTube debut record given its meteoric premiere. The striking video drew over 3.9 million concurrent viewers when it first aired last night, according to YouTube.

“Butter” will no doubt sell extraordinarily well, with two versions currently available for download and vinyl and cassette singles for sale on BTS’s website (at press time, the vinyl are sold out). The infectious disco-pop anthem is also pacing for an astronomical streaming debut. On Friday afternoon, Chart Data reported that “Butter” had reached a reported 14.87 million Spotify streams and counting, and that it stood a chance at breaking the platform’s all-time single day record currently held by Mariah Carey’s “All I Want for Christmas Is You” (17.223 million).

Even if it falls short of the all-time single-day Spotify record, “Butter” is off to a stellar start, and this could be the beginning of a historic week for BTS.