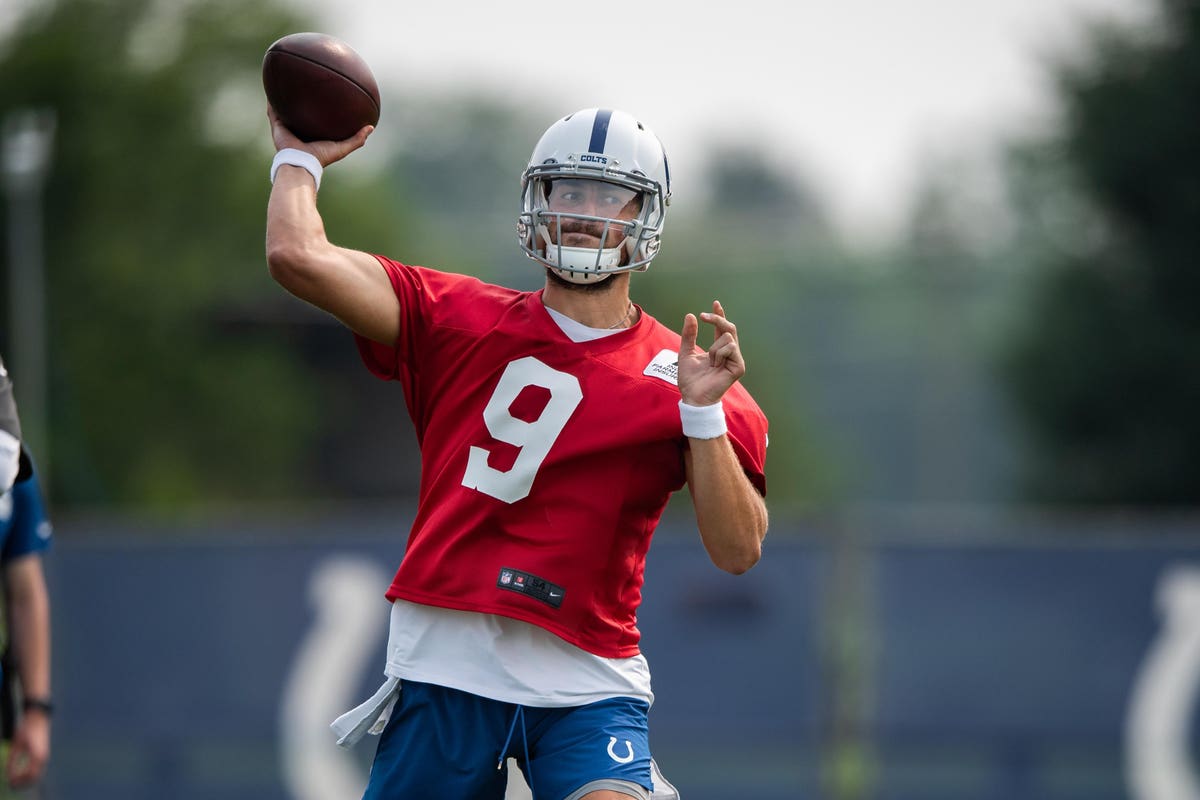 The pressure is now on second-year pro Jacob Eason to potentially start for the Indianapolis Colts in their regular season opener in six weeks. With concerns surrounding Carson Wentz’s foot injury, which occurred on the second day of training camp, Eason is the new starting quarterback for Indianapolis in the meantime.

Taking all the starting reps since Wentz went out, the results have been a mixed bag for Eason over two full days of camp: 62.5 completion percentage (20-of-32), 1 touchdown, 3 interceptions. Receiving his first real opportunity against the Colts’ starting defense, which finished top 10 last season, this subpar beginning should not be a surprise from Eason.

However, by the end of training camp and preseason, Eason will need to pick up a solid rhythm. If Eason starts against the Seattle Seahawks in Week 1, Indianapolis will need to construct a game plan that can keep them afloat while Wentz nurses a troubling foot injury.

The quarterback traits from Eason are off the charts, which is why Indianapolis rolled the dice in the fourth round of the 2020 NFL Draft. Possessing a bazooka for an arm while standing 6-foot-6, Eason can reach any blade of grass on throws when necessary. The biggest issues with Eason, though, revolve around handling pressure and anticipating openings. Those inconsistencies plagued Eason throughout his college career at the University of Georgia and also at the University of Washington.

NFL.com’s Lance Zeirlein wrote this on Eason leading up to the 2020 NFL Draft:

“His elite size and arm talent are reminiscent of Carson Palmer, but issues with pocket poise and getting through progressions cleanly are more reminiscent of Brock Osweiler. Eason is fun to watch when he’s ripping throws around the field and taking deep play-action shots, but a lack of mobility inside and outside the pocket is troubling, considering his ineffectiveness when pressured. He’s relatively inexperienced and should continue to develop from the pocket, but poise is hard to fix, and handling exotic blitz packages is not a given. He’s a pro-style, play-action-based quarterback with average starter potential and an average backup floor.”

When going back and watching Eason’s college tape, those takeaways are easy to see. Again, the arm talent is there, but everything else is shaky at best. There were moments where Eason looked like a first-round quarterback prospect, but many other sequences showcasing he might only be a late-round flier due to his high-end physical tools.

After transferring from Georgia and sitting out a full season, Eason put up these numbers as Washington’s full-time starter in 13 games: 64.2 completion percentage, 3,132 yards, 23 touchdowns, 8 interceptions.

The Colts still had no idea who Eason was a potential long-term backup heading into training camp. Now, they might have to rely on him to keep them above water early on in the regular season.

For Eason and the Colts, this is a baptism by fire moment where he will either sink or swim as Wentz’s replacement. The Colts’ hopes for the 2021-22 season being a successful one rely on Eason passing this gigantic test early on in his NFL career.