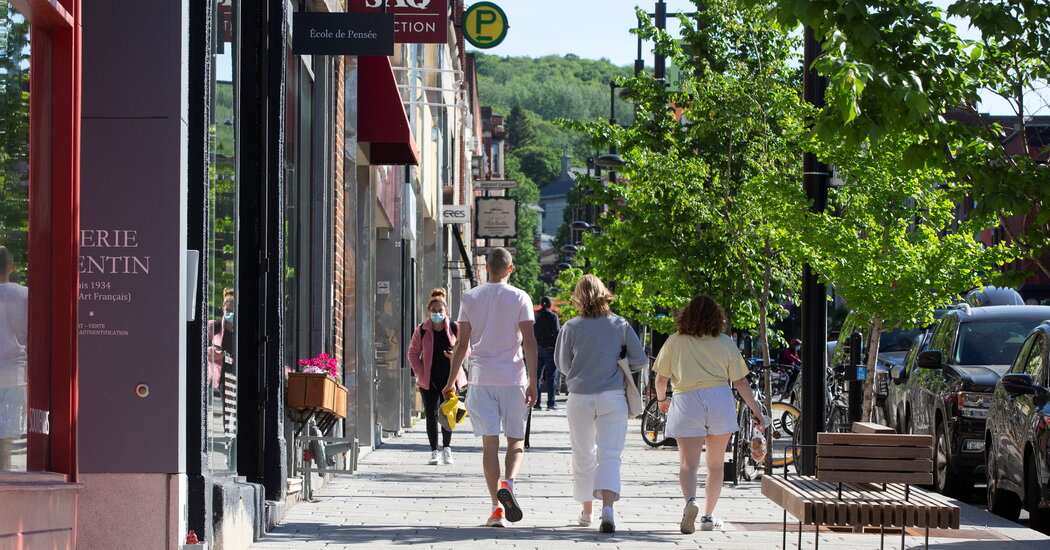 Canada is preparing to open its borders to travelers in the coming months as coronavirus infections continue to decline across the country, Prime Minister Justin Trudeau said on Thursday.

According to a statement released by his office, Mr. Trudeau said during a meeting with Canadian regional leaders that if current trends continued, “Canada would be in a position to welcome fully vaccinated travelers from all countries by early September.” Immunized Americans and permanent residents could be allowed in as early as mid-August, he added.

Canada initially trailed the United States in its vaccination campaign, as the manufacturers of two vaccines currently approved in Canada, Pfizer and Moderna, faced production issues this year.

Canada’s regional authorities have recently lifted restrictions, as hospitalizations and deaths have been steadily declining.

Canadian provincial ministers are expected to share details of their reopening plans early next week.

In other news from around the world: