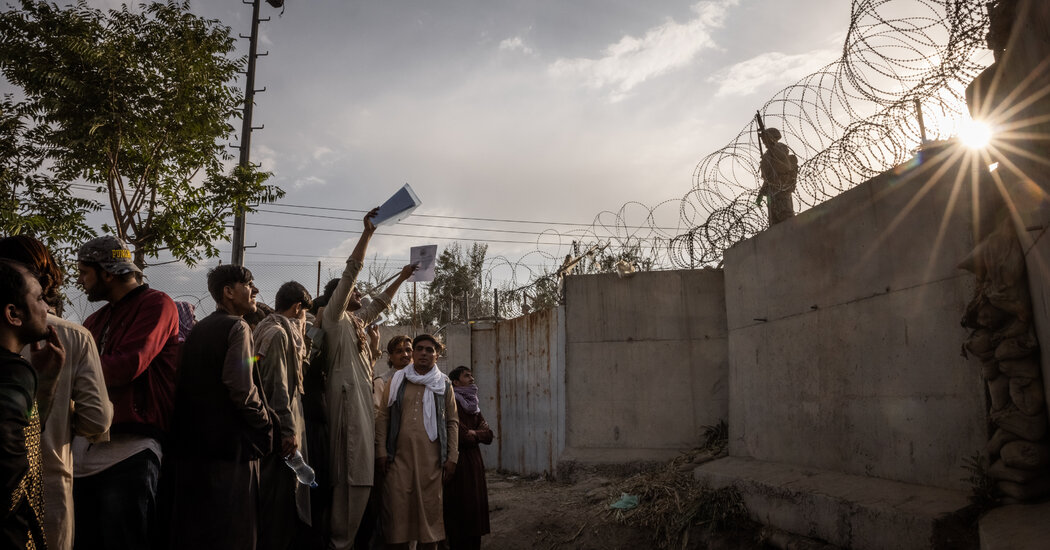 Mr. Austin activated Stage 1 of the Civil Reserve Air Fleet, created in 1952 after the Berlin airlift, to provide airliners to help ferry passengers arriving at bases in the Middle East from Afghanistan, John F. Kirby, the Pentagon spokesman, said in a statement.

The current activation is for 18 planes: four from United Airlines; three each from American Airlines, Atlas Air, Delta Air Lines and Omni Air; and two from Hawaiian Airlines. The civilian planes will not fly into or out of Kabul, where a rapidly deteriorating security situation has hampered evacuation flights.

At Kabul airport, the presence of Taliban fighters around the perimeter mingling with British and other Western forces created an impression “like a very strange dream,” Ms. Ferguson said. It underscored how, in a moment, with scarcely a shot fired, Afghanistan was lost, the Taliban entered Kabul and the white flag of the Islamic Emirate of Afghanistan was hoisted.

Still, resistance remains among the Afghan leaders who have taken refuge in the Panjshir Valley, a rugged gorge where Afghan fighters resisted the Taliban for years during Afghanistan’s civil war in the 1990s. Former Afghan officials put the number of fighters holed up today in the Panjshir at 2,000 to 2,500 men, but they are isolated and lack logistical support.

A former first vice president, Amrullah Saleh, who is based there, now claims to be the “caretaker president” under Afghanistan’s U.S.-brokered Constitution of 2004, because President Ghani has fled the country. The Panjshiris have said they intend to resist a takeover of the valley unless the Taliban agree to an inclusive government.