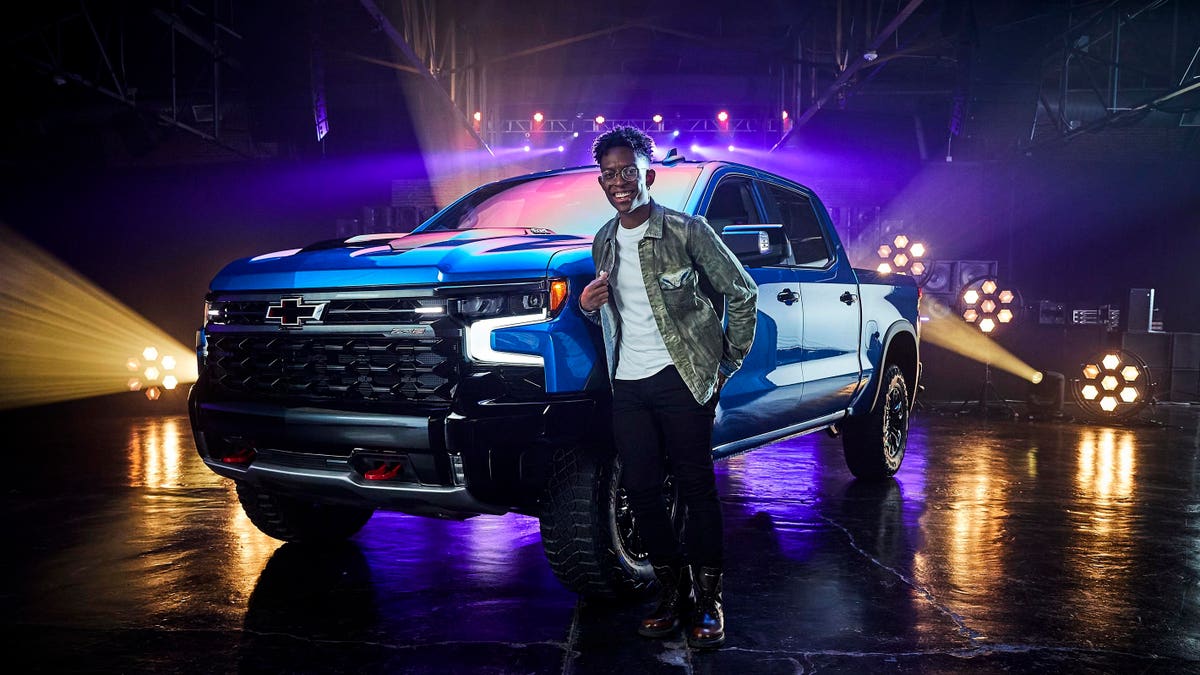 Country newcomer BRELAND (real name Daniel Breland) is featured in Chevrolet’s new commercial for the 2022 Silverado ZR2 alongside actor Chris Pratt, 2020 NASCAR Cup Champion Chase Elliott and renowned off-road racer and engineer Chad Hall, which premiered tonight during the NFL Kickoff game on NBC. The singer continues his partnership with the brand, which began in February with the launch of Chevrolet’s TikTok channel featuring an updated version of his 2020 debut single, “My Truck.”

A New Jersey native, BRELAND grew up singing in church, but it wasn’t until he performed an original song in high school that he decided to pursue a career in music. In college, he focused on writing songs and pitching them to other artists. After he graduated from Georgetown University, BRELAND moved to Atlanta and was working with R&B and hip-hop producers before ultimately finding his country-influenced sound. He relocated to Nashville in 2020.

“Once I made ‘My Truck’ I felt like I had more of a mission, which is that I really want to bring a new perspective to country music,” he tells me. “I wanted to be able to add some new flavors and sounds to a genre that I think sometimes gets a bad rap for being very monochromatic.”

BRELAND says he’s trying to bring people into the genre that wouldn’t normally listen to country music and hopes to open a cultural bridge between the hip-hop, R&B and country worlds. He describes his musical blend as cross country, which also is the title of his autobiographical tune featuring Mickey Guyton.

“I think that inclusivity is going to bring about some really cool conversations and hopefully some unity, community and change,” he says. “The biggest roadblock is simply a roadblock of perspective and a roadblock of representation.

“I think there are a lot of people who might think that I shouldn’t be doing this based on what I look like or what I sound like or where I’m from and that’s just because the perspective that they have of country music is very narrow,” he continues. “All I really want to do in this space is to broaden that perspective and hopefully give people a new one where they can redefine country music as a genre that can be more inclusive.”

BRELAND also is using his partnership with Chevy to spread this message of inclusivity and positivity. Following the success of “My Truck,” which was certified platinum by the RIAA, he says collaborating with Chevy was organic and made sense for both parties. In addition to building a cultural bridge with his music, he hopes his background can help the Chevy campaign do the same.

“The future of truck culture and the future of truck owners is diverse and so this partnership makes sense from that perspective,” he explains. “What we’re doing is a natural extension of what I’m already doing with my music and trying to bring more people into this space and make it more inclusive. I think that’s what they’re trying to do with their campaigns. I expect to see a lot of multicultural young truck owners driving around over the next few years and I’m excited to bring that into the world as well.”

Just as his partnership with Chevy extends his brand, BRELAND’s collaborations with multiple artists showcase his versatility as an artist and as a songwriter. The singer is featured on Dierks Bentley’s current single “Beers On Me” with HARDY; on Rascal Flatts frontman Gary LeVox’s first gospel project with the soaring ballad “All I See”; Nelly’s country-influenced release “High Horse” with Blanco Brown; and newcomer Tiera’s “Miles.”

“I have the freedom as a musical chameleon of sorts as a no genre artist to be able to use my voice in a lot of different ways so depending on the song, I can fill whatever void needs to be filled on these different collaborations,” he says. “Every feature I’m showcasing a different part of my creativity and bringing something different but it’s cross country every time because it’s all about the story that I’m telling. It’s all about the way that I’m telling it and the word play that I’m putting into it.”

After more than a decade of pursuing a career in music, BRELAND says the best business advice he has received is to align himself with companies and products that he believes in. For BRELAND, Chevy was exactly that.

BRELAND is currently on his first headlining trek, the Cross Country Tour, which runs through October.