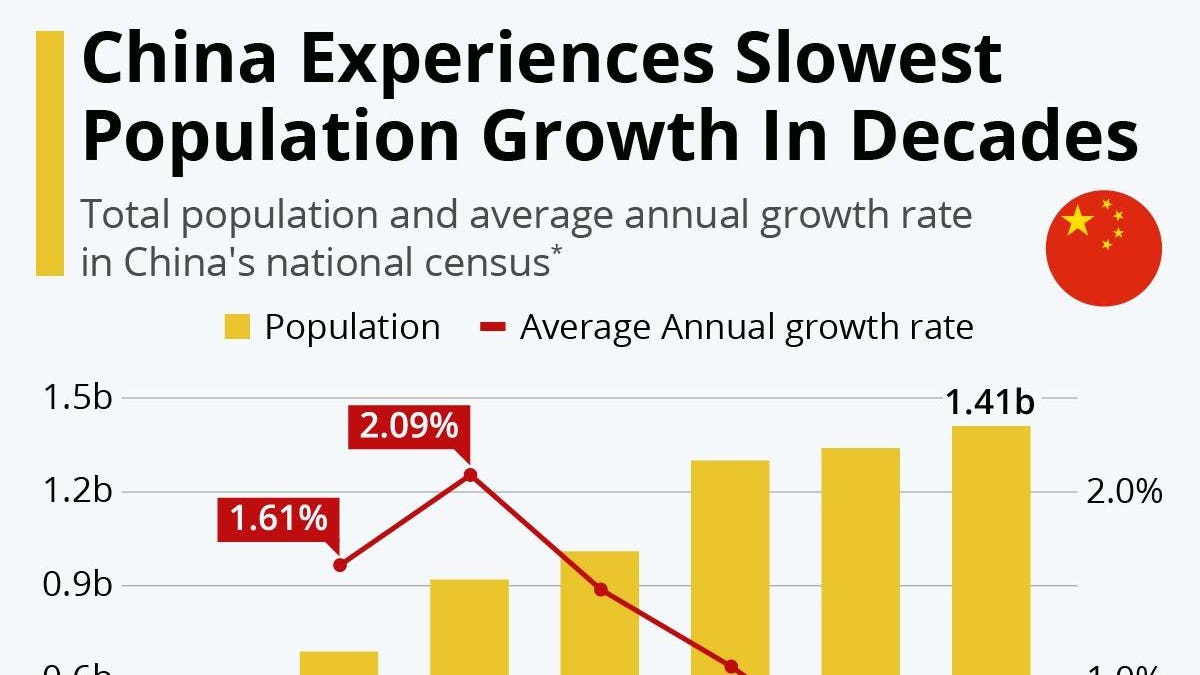 The Chinese government has released the results of its 2020 census, revealing that the country is experiencing its slowest population growth in years. Conducted once every decade, the latest analysis was carried out late last year and it puts the total population of mainland China at 1.412 billion, an increase on the 1.4 billion recorded in the 2010 census. The mammoth effort involved some seven million workers knocking on doors across the country in order to acquire the data. Between 2000 and 2010, the average annual growth rate of the Chinese population was 0.57% and that declined to 0.53% over the past 10 years.

The National Statistics Bureau of China (NBS) also confirmed that 12 million babies were born last year, an 18% decline on the 14.65 million born in 2019 and a near-six decade low. The country’s fertility rate now stands at 1.3 children per mother which is below the 2.1 threshold required for a stable population. Ning Jizhe, head of the NBS, attributed the lower fertility rate to China’s social and economic development. Countries tend to record lower birth rates as they become more developed with increased access to education and different priorities such as careers important contributing factors.

That has been the case elsewhere in Asia, particularly in Japan and South Korea where birth rates have plunged to record lows. The situation in the latter is especially concerning given that it recorded more deaths than births for the first time last year. China ended its controversial one-child policy in 2016 but that has failed to improve the birth rate. Notably, the data also highlights a decline in China’s working-age population which has contracted by 40 million since the last census was conducted in 2010. Even though the country’s labor force remains sizeable at 880 million, future drops will likely have an impact on China’s economic growth.