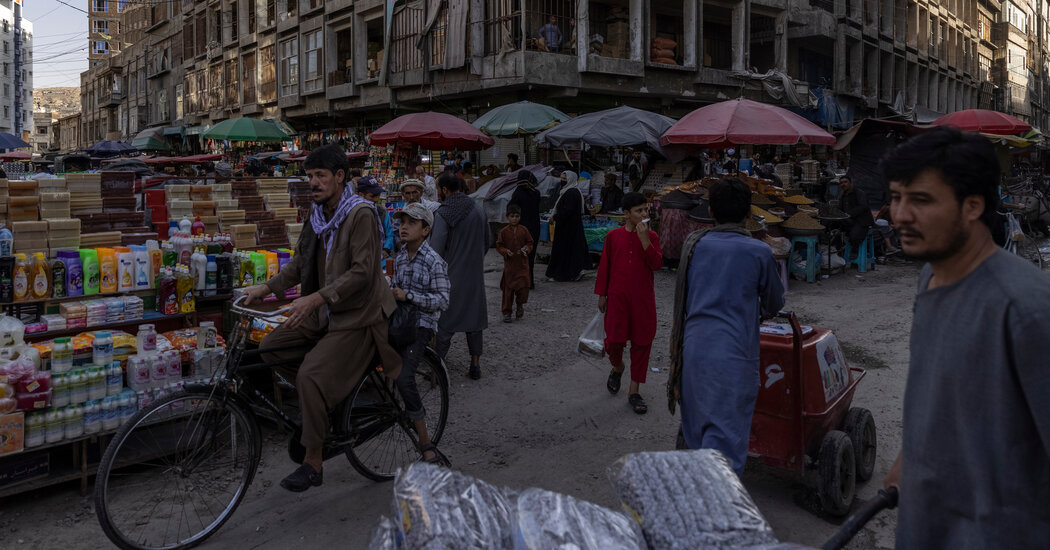 China this week pledged to give $30 million in food and other aid to the new Taliban government in Afghanistan as well as three million Covid-19 vaccine doses, in a cautious overture to a potentially dangerous neighbor that Beijing is eager to influence.

Speaking to a meeting of officials from Afghanistan’s neighbors on Wednesday, Wang Yi, China’s foreign minister, blamed the United States for the situation in the troubled country. But in a sign of China’s competing priorities, he also urged the Taliban to contain terrorist groups and asked Afghanistan’s neighbors to share intelligence and tighten border controls. The meeting included officials from Iran, Uzbekistan and Pakistan.

The Taliban should “construct broad and inclusive political structures, pursue moderate and prudent domestic and foreign policies, and draw a clear line against terrorist forces,” Mr. Wang said, according to a Chinese government statement.

Thus far, China has held back from full recognition of the Taliban government, even as it has cautiously begun a charm offensive. In July, weeks before the fall of the Afghan government, China played host to a delegation from the Taliban, including the chief of the group’s political office. The meeting led the Taliban to call China “a good friend.”

With the United States and Europe having suspended aid, the cash-strapped Taliban have looked to deep-pocketed countries like China for investment. For its part, China has left open the prospect of full recognition, even as it has told the United States to take a leading role in providing economic assistance.

“We should make an objective assessment of the history of the Afghan issue and call on the United States and its allies to learn profound lessons and assume their due responsibilities on the Afghan issue,” Mr. Wang was quoted as saying by the Chinese government.

His statement came a day after the Taliban named a new acting cabinet, an action that was meant to solidify political leadership, but which quickly raised alarms in the United States that the group was turning its back on earlier promises of an inclusive government. Secretary of State Antony J. Blinken said that the new cabinet, which includes no women, “does not meet the test of inclusivity.”

China struck a different tone. A spokesman for its foreign ministry said on Wednesday that Beijing welcomed the new government and called it a necessary step in the restoration of order and reconstruction in Afghanistan, while also calling for the Taliban to create an “open and inclusive” government.

China shares a roughly 50-mile border in its west with Afghanistan’s remote Wakhan Corridor. Chinese officials have worried for years about foreign influence among its Muslim minorities living in the area, and it has responded harshly to dissent there, interning hundreds of thousands of members of the Uyghur ethnic group in re-education camps.

There is currently no timetable for China to recognize the Taliban, and the offer of aid is more of a stopgap to alleviate Afghanistan’s humanitarian crisis than a signal of future support, said Zhu Yongbiao, the director of the center for Afghanistan studies at Lanzhou University in China.

He said he expected further caution from China, which will watch to see whether the Taliban honors its commitments.

“The aid does not represent recognition of the Taliban,” he said, adding, “China is particularly concerned about whether the Taliban can cut ties with Al Qaeda, as well as protect ethnic minorities, women’s rights and fulfill its promises.”