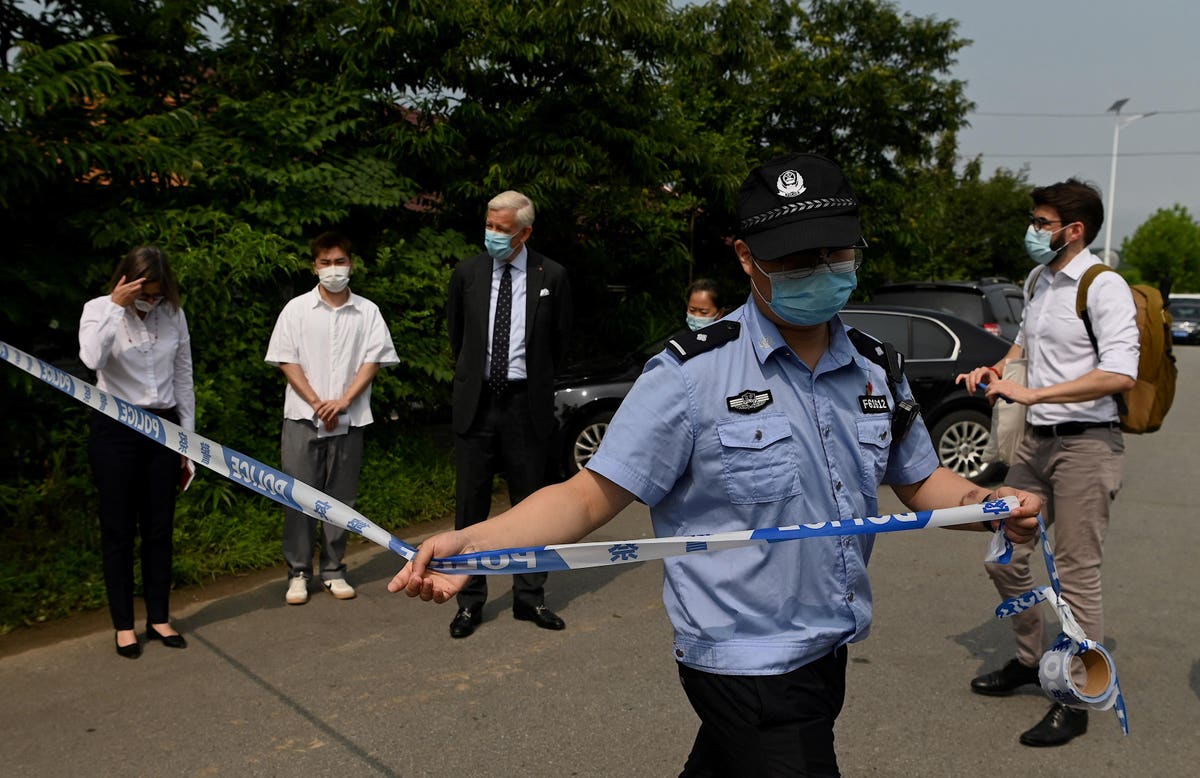 Last month, the U.S.’s National Security Coordinator for Indo-Pacific Affairs announced that the “dominant paradigm” of the U.S.’s relationship with China is now one of competition. This week, China showed again that it wants to win that competition without playing by the rules—or by bending the rules to its will. For China, legal warfare, or lawfare, means using law as a weapon of war, to achieve military or strategic objectives for the state. Traditionally, China has used lawfare against adversary states. However, China is increasingly targeting foreign business executives, including those from the U.S. and its allies. Wednesday’s sentencing of Canadian businessman Michael Spavor to 11 years in prison after a secret trial is more than an isolated violation of international law by China. It is part of a ruthless strategy to use individuals as diplomatic bargaining chips—a strategy that could affect all U.S. firms doing business in China.

China’s arrest and sentencing of Spavor is widely seen as retaliation for Canada’s arrest of Huawei’s CFO on the U.S.’s behalf. On December 6, 2018, Canada arrested Meng Wanzhou, also known as Sabrina Meng or Cathy Meng, for bank fraud and violation of the U.S.’s sanctions on Iran. Meng is also deputy chairwoman of Huawei’s board and the daughter of its founder. Meng subsequently sued the Canadian government, arguing that her extradition would violate the Canadian Constitution because the allegations against her were not crimes in Canada. Meng’s arguments appeared to be designed to portray Western legal systems as mockeries of themselves before the Chinese public. They would also make Canada look like it was in the pocket of the U.S. if it complied with the U.S.’s extradition request. As of this writing, a Canadian judge ruled against Meng’s motion and subsequent extradition hearings have occurred. Meng remains under house arrest in a Vancouver mansion, where she wears a monitoring ankle bracelet and can move about Vancouver while she awaits more extradition-related proceedings.

China quickly began to pressure Canada by arresting Chinese businessmen. Shortly after Meng’s arrest in December 2018, Spavor was arrested in China on charges of espionage and illegal provision of Chinese state secrets abroad. Canadian ex-diplomat Michael Kovrig was also arrested with Spavor. Shortly after Meng’s arrest, in January 2019, the 15-year sentence of another Canadian businessman, Robert Schellenberg, was abruptly increased to death. His appeal was rejected this week, and will now be sent to a higher court for mandatory review. The conditions of Spavor’s detention violated international law. He had very little access to Canadian diplomats, and was kept in conditions so isolated that he was unaware of the COVID-19 crisis until recently. After a secret trial, Spavor was sentenced to 11 years in prison. His circumstances are a far cry from Meng’s, whose trial was extensively covered in the international media, and the luxurious conditions of her house arrest. Canadian Prime Minister Justin Trudeau has decried Spavor’s sentence as “absolutely unacceptable and unjust” and said that his trial “did not satisfy even the minimum standards required by international law.” China’s Foreign Ministry has responded by condemning Canada for “. . . ganging up with a handful of countries to confuse right with wrong in disregard of facts” and “point[ing] fingers at relevant courts’ lawful handling of cases involving Canadian citizens in China, which has gravely interfered in China’s judicial sovereignty and severely violated the spirit of the rule of law.”

Spavor’s case is about much more than than one Canadian businessman. China is firing a warning shot in its legal wars. China is saying loud and clear that it is unafraid to prosecute foreign businessmen to use them as diplomatic pawns. It is only a matter of time before China arrests a U.S. businessman as well. In July, the U.S. warned its business travelers that they currently face “a heightened risk of arbitrary detention.” In recent years, U.S. business executives have already been subject to being trapped in their hotel rooms in China, or being kept from leaving the country for weeks or months and forced to bear their expenses in the meantime. U.S. businesses will need to develop plans to respond if any of their employees are arrested, detained, or mistreated while in China, and must factor these risks into the cost of doing business with an increasingly rogue state.

Most corporate executives did not sign up to be on the front lines of an increasingly dangerous competition between the U.S. and China. However, no one is immune to legal warfare—especially when when China disregards international law.