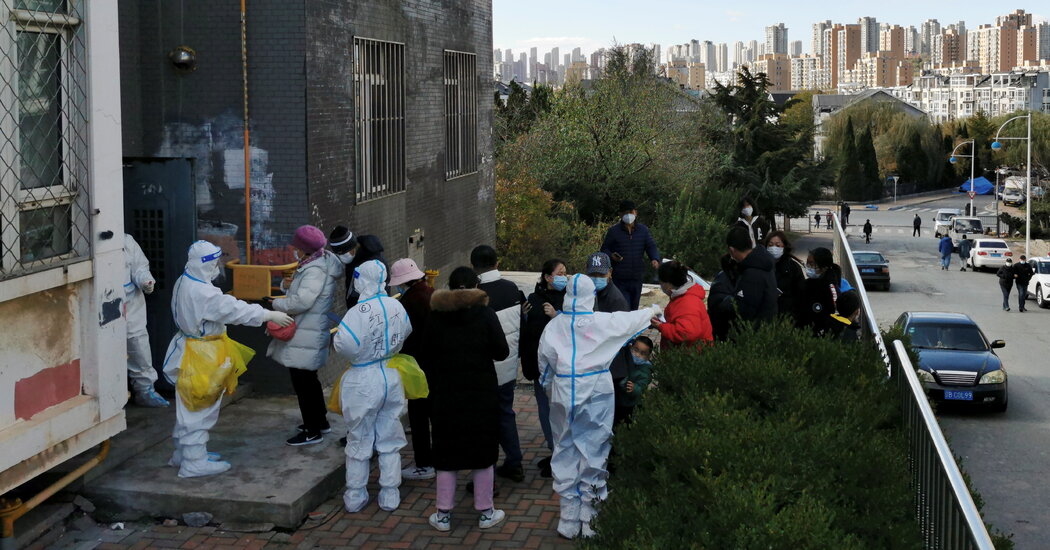 China’s top leader has declared that the country has “overcome” the impact of the coronavirus, even as sporadic lockdowns continue in various areas and officials order greater scrutiny of imported frozen food and children’s clothes — both extremely unlikely sources of contagion.

The stringent, if sometimes impractical, restrictions stem from China’s struggle to maintain its “zero Covid” strategy. Other nations have gradually loosened restrictions as they vaccinate more people, allow more gatherings with limits and bolster their health care systems for those who get sick. By contrast, the Chinese Communist Party has staked a big share of credibility on its ability to stamp out the disease entirely.

China’s top leader, Xi Jinping, said this week that the country had “overcome the impact of Covid-19.” In propaganda messaging from a major party meeting, Communist Party leaders touted the successes of their response in saving lives while playing down the huge social and economic cost of those measures.

Government officials have defended their approach, saying that it is “low cost” and has allowed the country to recover from the pandemic faster than others. So far, caseloads remain low. Officials have reported 1,280 in the current outbreak that began in mid-October.

But the limits have costs. In the case of new scrutiny on imports, scientists widely believe that they will do little to keep people from getting infected. Amid a fresh Covid-19 outbreak in the port city of Dalian, Chinese officials this week ordered businesses there that use imported frozen foods to stop their operations.

In a neighboring Hebei Province, officials tested hundreds of packages after several workers at a children’s clothing factory were found to have Covid-19. In Guangxi, a province 1,200 miles to the south of Hebei, officials went even further, testing every person who had touched or even received a package from the factory.

Not a single person outside the factory reported testing positive.

In addition to inspecting imported frozen foods, China has required that packages coming from overseas be sanitized, and has encouraged people to use masks and gloves when receiving deliveries. International health bodies have said there is a minimal chance of transmission on surfaces like cardboard.

Chinese officials have in the past suggested that imports could bring the disease into China. They have been under pressure from the international scientific community and world leaders to disclose more about the source of the outbreak, which was first detected in the Chinese city of Wuhan nearly two years ago.

Officials have also continued to enforce lockdowns to address occasional breakouts. Entire cities have been shut down at a moment’s notice. One city in the southwest has been locked down four times in the past year. About 30,000 visitors to Shanghai’s Disneyland had to stay and get tested this month before being allowed to leave.

In Beijing, the authorities closed dozens of pharmacies that had been caught selling cough medicine without requiring customers to register with their name and ID.

The strategy could face a significant challenge as China prepares to host athletes and visitors for the Winter Olympics, which will be held in Beijing in February.

Organizers have said the Olympic Games and Paralympic Games will take place in a bubble in which athletes, broadcasters and journalists will be required to stay. Already, two foreign Olympic athletes who are in the country for related events have tested positive for Covid-19, Reuters reported on Friday.