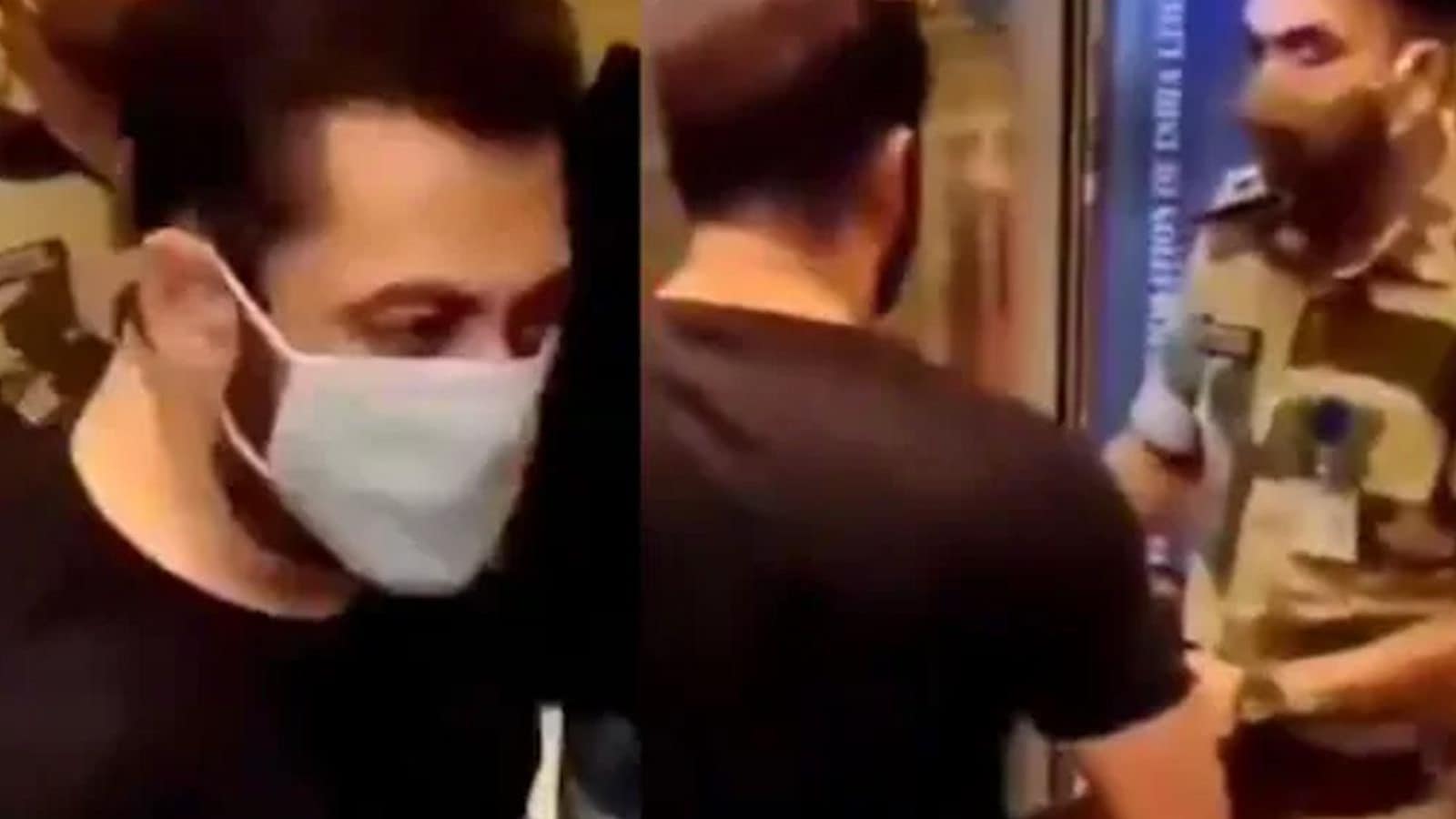 The CISF official was hailed on social media for doing his duty.

Bollywood star Salman Khan was recently stopped at the Mumbai airport by a CISF official to perform the security check. The actor was to catch a flight to Russia with Katrina Kaif for shooting of his upcoming film Tiger 3.

However, the Central Industrial Security Force official has invited trouble for speaking to media about the incident. The concerned officer spoke to a media organization of Odisha about the incident involving Salman Khan. After this his phone has been seized by higher authorities of CISF as it is a breach of protocol, according to ETimes.

A video of the actor being stopped at the airport by the CISF official has gone viral on internet. In the video Salman Khan can be seen stepping out of his car at the airport and a crowd of the photographers and fans present at the scene were calling out Salman’s name and requesting him to pose for a photograph. As Salman is about to enter the premises of airport, a CISF official stationed at the entrance stoped Salman and also asked the photographers to step back a bit so that the actor could get his documents verified before entering the terminal.

The security personnel stationed at the airport premise also controlled the crowd that was erupting behind Salman. The CISF officer’s gesture has caught a lot of attention on the internet. Several netizens on social media hail the officer for doing his duty.

Praising the officer, an internet user commented, “I am not a fan of Salman but mujhe sabse aacha tab laga jab CISF Sub Inspector ne roka Salman ko (applause emoji) Salute him for doing his duty.”

With Salman khan and Katrina Kaif in the lead role, Tiger 3 also features Emraan Hashmi as the villain. Hashmi has been sharing videos of his bulked up look for the film on his Instagram handle.

‘Tiger 3’ is the third Tiger film in the franchise. ‘Ek Tha Tiger’ was directed by Kabir Khan, released in 2012 starring Salman and Katrina. Then in 2017, they returned with a sequel titled ‘Tiger Zinda Hai’, which was directed by Ali Abbas Zafar. Manish Sharma is directing ‘Tiger 3’