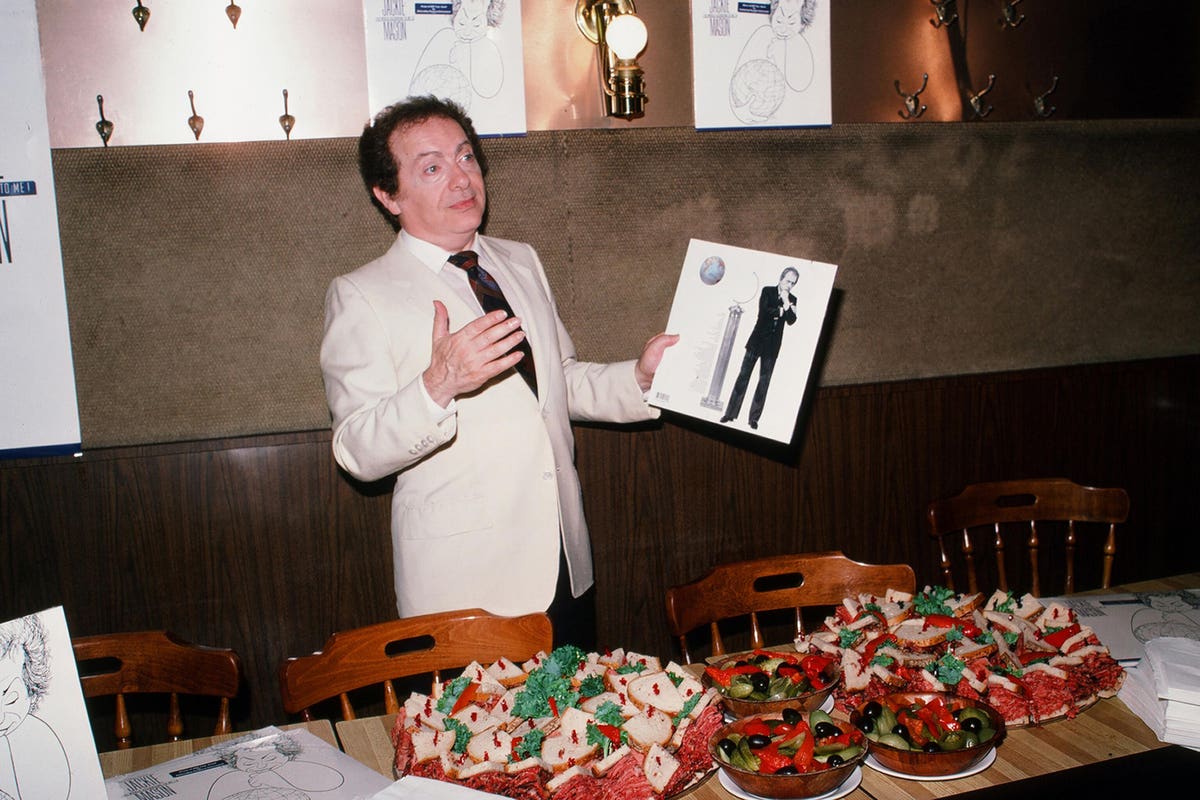 Stand-up comedian and actor Jackie Mason, a fixture in Catskills nightclubs, television talk shows and on the Broadway stage, died on Saturday at Mt. Sinai Hospital in Manhattan after being hospitalized for over two weeks. He was 93.

“Jackie Mason died peacefully with several close friends and family at his side,” said long-time friend and collaborator Raoul Felder. Mason had been hospitalized for two weeks with difficulty breathing, Felder said.

Born Yacov Moshe Hakohen Maza on June 9, 1928 in Sheboygan, Wisconsin, Mason came from a long line of rabbis, which included his father, his grandfather, his great-grandfather, his great-great grandfather and, ultimately, his three brothers. At age 18 he became a cantor, and at age 25 he was ordained a rabbi. But a career as a Jewish religious leader was only temporary. After his father died, Mason resigned from his job as a rabbi in a synagogue to become a comedian.

Ironically, Mason played a rabbi in a guest appearance on CBS drama Flying High in 1979. And he was the voice of Rabbi Hyman Krustofsky, the father of Krusty the Clown, in 11 episodes of animated comedy The Simpsons.

Known as an insult comic, Mason made his first television appearance on variety-theme The Steve Allen Show in 1962, which led to guest spots on The Tonight Show with Steve Allen, The Perry Como Show, The Dean Martin Show, The Garry Moore Show, and The Ed Sullivan Show, among other series.

In 1969, Mason made his Broadway theater debut as Jewish widower Nat Weiss in the comedy play A Teaspoon Every Four Hours, which he co-wrote. Years later, in 1986, he returned to Broadway in the two-year run of The World According to Me, which won a Special Tony Award, an Outer Critics Circle Award, an Ace Award, an Emmy Award, and a Grammy nomination. His special Jackie Mason on Broadway won an Emmy Award for outstanding writing and an Ace Award.

Far less successful was an attempt at a TV sitcom courtesy of ABC’s Chicken Soup opposite Lynn Redgrave in 1989. Despite airing out top-rated Roseanne, it was canceled after just 13 episodes.

Mason’s film roles included The Jerk opposite Steve Martin in 1979; and high-profile flop Caddyshack II in 1988.

He is survived by his wife, producer Jyll Rosenfeld, and a daughter, Sheba.