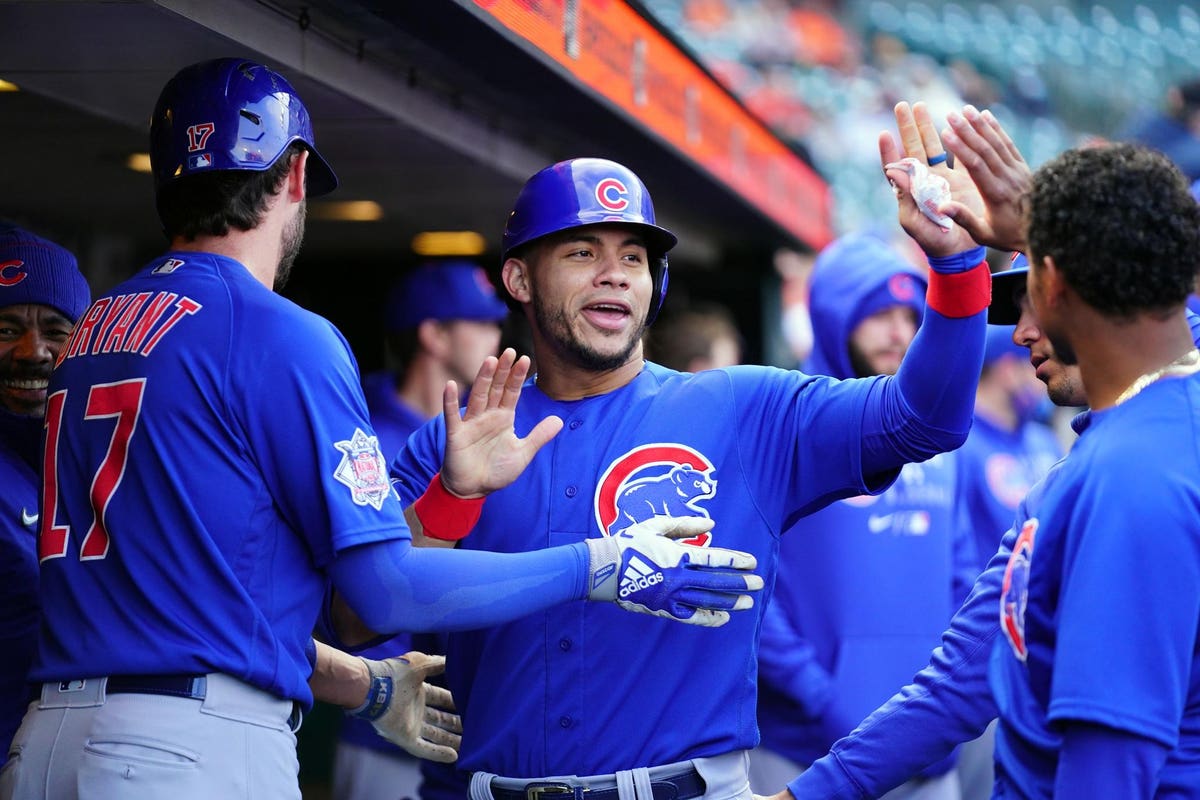 Who knows when the Chicago Cubs will have another great team? Jed Hoyer, the president of baseball operation, told Sirius XM he’s never claimed to be smart enough to know when all the pieces will come together, as they did at Wrigley Field in 2015 and ’16.

Given that the Cubs have gone from second to 26th in spending over the last two seasons, it seems safe to say it while be awhile. But that doesn’t mean it has to be all doom and gloom around Wrigley Field.

With only about $69 million in salaries currently on the roster, there’s plenty of room to invest in the future. They have only $40.5 million committed for guaranteed contracts in 2022, almost all of it for Jason Heyward and Kyle Hendricks, which suggests the flexibility to lock up at least two key pieces of a future contender: Willson Contreras and Nick Madrigal.

Quick deals for those two guys could serve as a down payment on hope, like the seven-year, $41-million deal with a 23-year-old Anthony Rizzo did back in 2013.

Rizzo joined Kris Bryant, Javier Baez and Craig Kimbrel in the Hoyer-executed spree in which the Cubs made eight trades over 16 days in July. It was the culmination of a fire sale that started with the non-tender of Kyle Schwarber and trade of Yu Darvish last December.

The Cubs traded or did not re-sign 15 players who earned $149.3 million in their last seasons at Wrigley Field. That’s how they have gone from an Opening Day payroll of $203 million in 2019 to total spending of about $140 million this season — 15th in Major League Baseball, according to Spotrac — while positioning themselves for an even bigger drop next season.

Once MLB’s rearranged rosters were set on August 1, the Cubs ranked ahead of only Miami ($58.1 million), Baltimore ($57.6 million), Pittsburgh ($54.6 million) and Cleveland ($48.1 million). They jettisoned eight players making at least $11.5 million while keeping only two (Heyward and Hendricks) earning more than $9 million.

Owner Tom Ricketts has not addressed his financial motivations for the staggering reshaping of his big-market payroll. He’s left Hoyer to suggest it was simply the right time to make these moves, as if it was part of a strategy for winning rather than an embarrassing failure to hold onto cornerstone players.

Hoyer and Ricketts haven’t publicly said they’re rebuilding, although most of the key prospects they acquired in last month’s trade were 21 or younger. The lack of transparency would seem to speak to concerns about the reaction of their fans, who once again packed Wrigley Field once Covid-19 restrictions were lifted.

It wouldn’t hurt Ricketts and Hoyer to do something the fans like. They haven’t signed a long-term piece to a contract extension since doing a four-year, $55.5-million extension with Hendricks in 2019.

Conteras, a two-time All-Star catcher who in his age-29 season has outplayed Baez, Bryant and Rizzo this season, (with WAR as the measuring stick), was a rookie when the Cubs won the 2016 World Series. He’s earning $6.65 million this season and is under control for only one more year. Why not give him the Yadi Molina treatment?

As for the Madrigal, getting the under-sized middle infielder (5-8, 175 pounds) from the White Sox in the Kimbrel trade is the best thing to happen to the Cubs in a couple of years. He’s a terrifically talented hitter, as Rizzo was when Theo Epstein acquired him from the San Diego Padres in one of his first moves after leaving Boston to run Ricketts’ operation.

While the young Rizzo projected to hit for both average and power, Madrigal profiles as a hitter who could win multiple batting titles. His potential was obscured by the presence of shortstop Tim Anderson, a deep core of talented, young players and season-ending hamstring surgery with the White Sox but is positioned to emerge as a perennial All-Star for the Cubs.

Rose never hit more than 16 home runs or stole more than 20 bases in any of his 24 major-league seasons. He accumulated hits, was tough to strike out and played with over-sized intensity. Madrigal, who drew comparisons to Dustin Pedroia while playing with Oregon State, succeeds with the same formula.

Madrigal has had trouble staying healthy — a separated shoulder cost him almost a month of the truncated 2020 season — but has shown a rare ability to work counts and manufacture runs. He’s batting .299 career in two-strike counts, earning the nickname “Nicky Two Strikes’’ from White Sox broadcaster Jason Benetti.

Madrigal seems to be at least as good of a bet as Rizzo was when Epstein gave him his long-term contract. It’s not too soon for the Cubs to put the wheels in motion to lock up Madrigal once he’s back on the field.

The Cubs should have money to spend.