Could the Taliban Take Over Afghanistan? Here’s What We Know. 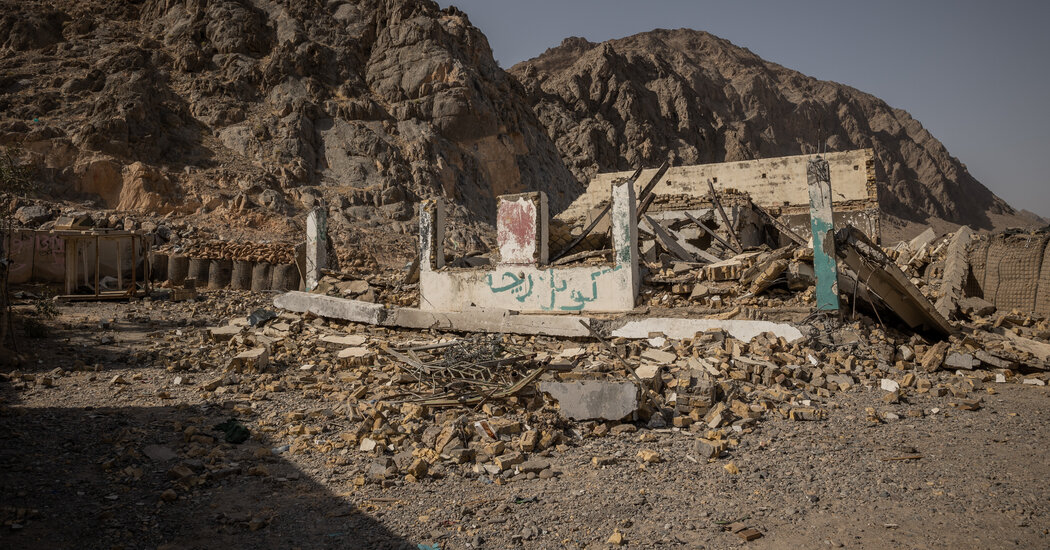 KABUL, Afghanistan — Since international troops began withdrawing from Afghanistan in May, the Taliban have carried out a sweeping military campaign and gained control of much of the country’s rural areas. But for months, the insurgents failed to capture major cities — until now.

Over the past six days, the insurgents have overrun nine provincial capitals across the country, most of them clustered in the north, in a major escalation of their military offensive and a devastating setback for the Afghan government.

The Taliban’s rapid victories have put enormous pressure on Afghan political leaders and the country’s beleaguered security forces, who have been overwhelmed by the insurgents’ unrelenting advance. The collapse of cities particularly in northern Afghanistan — once the heart of resistance to the Taliban’s rise to power in 1996 — has stoked fears that the insurgents could encircle the country’s capital, Kabul, in a complete military takeover.

Now, the Afghan government must decide whether to reconstitute its forces around the territory it holds — including Kabul — or try to retake its fallen cities. Here’s what we know so far and what questions will need to be answered in the coming days.

What areas do the Taliban now control?

Since the Taliban began their military offensive in May, the insurgents have captured more than half of Afghanistan’s 400-odd districts, according to some assessments. In recent weeks, after sweeping through much of the Afghanistan’s countryside, the insurgents started besieging multiple provincial capitals simultaneously for the first time in the 20-year war.

Then on Friday, those front lines broke: The Taliban captured Zaranj, a provincial capital near the border with Iran, after facing little resistance from Afghan security forces upon entering the city. A day later, they captured another capital, Sheberghan, the northern stronghold of the warlord Marshal Abdul Rashid Dostum, whose militia forces were overrun.

On Sunday, Taliban forces seized three more northern capitals. They captured Taliqan, the capital of Takhar Province, and Sar-i-Pul, the capital of the province with the same name. They also seized Kunduz, the largest city captured to date and a vital commercial hub that the group has long coveted as both a strategic and symbolic prize.

The Taliban continued their relentless drive on Monday, overrunning Aybak, the capital of Samangan Province that sits on the main highway that connects Kabul to Afghanistan’s northern provinces. Then on Tuesday, insurgents seized three more capitals: Farah city in the western province of the same name; Pul-i-Khumri, the capital of the northern Baghlan Province; and Faizabad, the capital of remote and rugged Badakhshan Province in the country’s far northeast.

How is the Afghan government responding?

Amid all the defeat, the administration of President Ashraf Ghani refused to acknowledge the falling capitals. Instead, the Afghan Ministry of Defense continued to promote its official talking points that emphasized Taliban deaths and the strength of the Afghan security forces.

The Afghan government strategy to slow down the Taliban’s advance aligns with longstanding U.S. recommendations that the Afghans consolidate their remaining forces around key roads, cities and border crossings, and abandon most of the districts already seized by the Taliban, according to American and U.N. diplomats.

But it is not clear how that plan addresses the capture of now nine provincial capitals around the country — or accounts for the exhaustion of the country’s air force and commandos.

For months, those elite forces have been the backbone of the country’s defense against the Taliban. As the insurgents besieged cities, they have shuttled from one vulnerable position to another to flush the Taliban out of urban centers, hold territory under government control and retake some districts from the Taliban.

But that strategy is only a stopgap measure. There are simply not enough troops defend all 34 of the country’s provincial capitals and 400-odd districts, and after months of nonstop fighting, those forces have been battered.

By Tuesday evening, Afghan security forces had not carried out any earnest operations to retake the seized capitals. In Kunduz, where military leaders had vowed to begin an operation to retake the strategic hub, Taliban forces on Tuesday pushed closer to Kunduz’s airport, the last pocket of government control on the outskirts of the city.

Could the Taliban stage a complete military takeover?

The Taliban’s breakthrough victories in northern Afghanistan, in particular, have stoked fears that the insurgents could envelop the nation’s capital, Kabul — opening the possibility for a complete military takeover.

But now the capture of seven northern cities in just five days, experts warn that if the insurgents are able to conquer the north — squashing the country’s best hope for a grass-roots resistance strong enough to take on the Taliban — the country could fall in their hands completely.

“The north is strategic for the Taliban, because they believe if they can capture these non-Pashtun areas,” said Ramish Salemi, a political analyst in Kabul, “then they can easily take control of the south and the capital, Kabul.”

Will the Taliban’s advance affect the U.S. military withdrawal?

The American military presence in Afghanistan is set to end by the end of the month, and the recent string of Taliban military victories has not moved President Biden to reassess that plan, officials said.

Still the escalating violence is a predicament for Mr. Biden, who has toed the line between extracting the United States from the war while insisting that he is not abandoning Afghanistan to the Taliban.

The American withdrawal is already 95 percent complete, official say. But over the past three weeks, as the Taliban pushed their front lines deep into urban areas, the U.S. military has carried out some airstrikes in Afghanistan to try to buy time for Afghan security forces to rally a defense around the major cities under siege.

Administration officials say the Pentagon will likely request authorization from the president for additional airstrikes in the next months, should the key southern city of Kandahar or the nation’s capital, Kabul, appear on the verge of falling.

But on Sunday, as three northern cities fell to the insurgents, the American response was muted. It sent a clear message to Afghan leaders: In no uncertain terms, America’s 20-year war in Afghanistan is over, and the Afghan forces will have to retake the cities on their own, or leave them to the Taliban for good.