Covid-19 Booster Shots Now Approved For Immunocompromised, But Fauci, NIH Director Say No Third Shot For Elderly And Other Groups—Yet 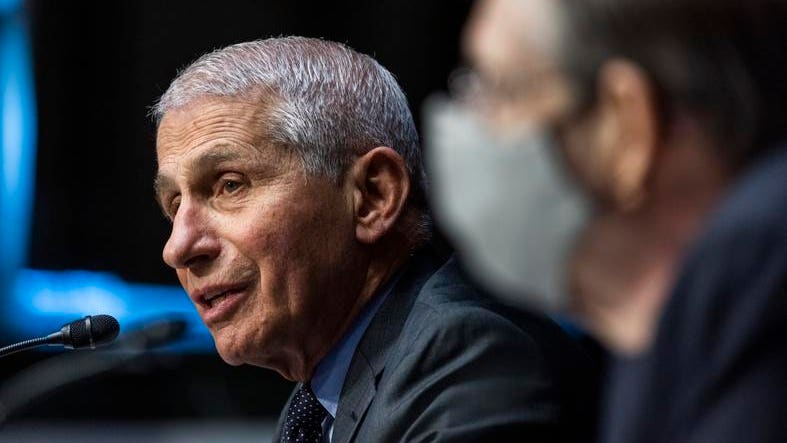 The U.S. government is not yet prepared to authorize Covid-19 booster shots for additional Americans after allowing boosters for the immunocompromised to begin earlier this week, Dr. Anthony Fauci and the director of the National Institutes of Health (NIH) said Sunday, but both noted the government is closely watching data and is prepared to move “quickly” if and when it’s determined extra doses are needed.

Elderly populations and even “people who are actually not elderly…may need ultimately to get an additional shot,” Fauci said on CBS’ Face the Nation Sunday, but said the government is “not saying they do” at the moment.

The government is looking at data on whether boosters are needed and for whom “on a daily and weekly basis,” Fauci said, and if the data shows groups like the elderly or those in nursing homes need booster shots, “we will be absolutely prepared to do that very quickly.”

NIH Director Dr. Francis Collins said on Fox News Sunday the issue of booster shots is a “tricky situation” and while “we may need boosters…we have not made that decision yet.”

“Right now, the data we have from the U.S. says people who are vaccinated are protected” against severe disease and death, Collins said, noting that while Israel is now administering booster shots to older adults, the U.S. is a “different kind of country with different situations.”

The U.S. government is “looking very closely at [Israel’s] data, as well as our own,” Collins said, and noted there will likely be a lot of data coming in from the U.S. in the “next couple of weeks” from when the delta variant first started rapidly surging in the U.S. that can help officials make a decision on booster shots.

3%. That’s the approximate percentage of the U.S. population that is moderately or severely immunocompromised and thus now eligible for a Covid-19 booster shot, according to the Centers for Disease Control and Prevention (CDC), leaving the vast majority of Americans still ineligible for a third dose.

While Fauci and Collins declined to give a timeline for when more Americans could be eligible for the booster shot, the Associated Press reports federal health officials “have been actively looking” at whether booster doses could be necessary as early as the fall. Should they be deemed necessary, Collins suggested Sunday a rollout of the booster shots would likely start with health care workers and those in nursing homes and then “gradually [move] forward” to other groups from there.

The Food and Drug Administration (FDA) and CDC approved booster shots for immunocompromised Americans late Thursday and early Friday, respectively. The authorization applies specifically to those that have received either the Pfizer/BioNTech or Moderna shots and does not include those who received the Johnson & Johnson vaccine. The approval came as other countries including Israel, Germany, the United Kingdom and several Middle Eastern nations have already begun or announced plans to administer booster shots to their populations, amid concerns the vaccines’ effectiveness will wane as time goes on and that the shots are not as protective against the delta variant.

While booster shots still aren’t officially approved for most of the U.S. population, there’s reportedly been a surge of Americans who have taken it upon themselves to get a third shot anyway, including by lying about their vaccination status to get a new vaccine appointment. According to an internal CDC document reported by ABC News, approximately 1.1 million Americans are estimated to have already received an unauthorized booster shot. Collins advised people Sunday against “jumping the gun” and trying to get a booster shot now, saying people should hold off “until we really have the evidence.”