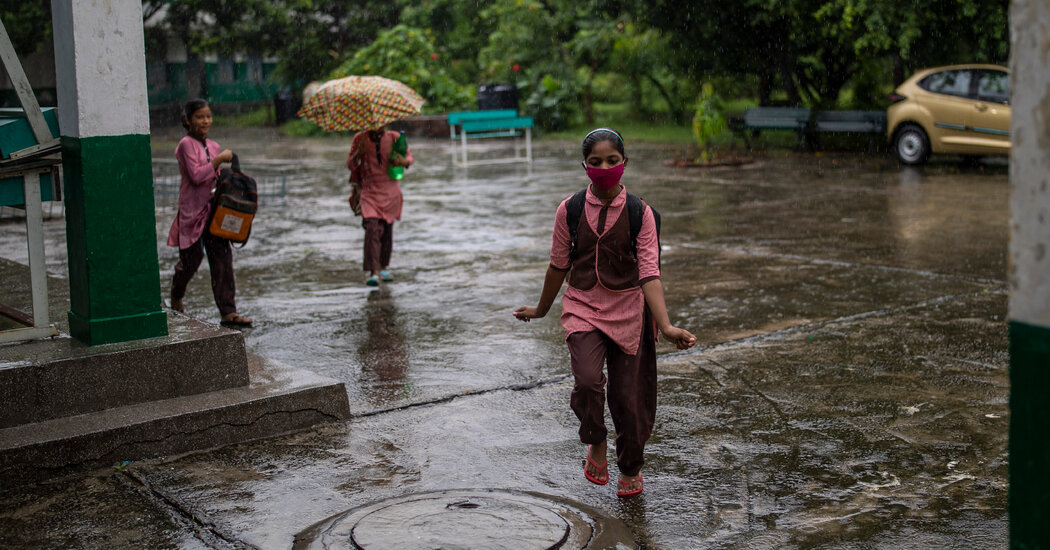 The pandemic is causing lasting damage to the education of children across South Asia, more than 400 million of whom are still facing school closures and limited access to remote learning, the United Nations said on Thursday.

UNICEF, the United Nations Children’s Fund, called on governments to “prioritize the safe reopening of all schools” before education inequality widened further.

“School closures in South Asia have forced hundreds of millions of children and their teachers to transition to remote learning in a region with low connectivity and device affordability,” said George Laryea-Adjei, UNICEF’s regional director for South Asia.

“Even when a family has access to technology, children are not always able to access it. As a result, children have suffered enormous setbacks in their learning journey.”

As the region has grappled with deadly waves of the virus, most schools have remained shut for a second year or only partially reopened. In theory, much of the education shifted to remote learning, but in a region with one of the lowest household rates of internet connectivity, a large number have been deprived altogether. Sri Lanka and the Maldives are the only countries in the region where at least half of households have internet access.

Efforts to bridge the access divide, using platforms such as TV or radio or printed material to reach students, had only partially helped.

UNICEF said its assessments showed that across six states in India, 80 percent of children ages 14 to 18 had reported “lower levels of learning” when studying remotely than when they were physically in school. That number was 69 percent for primary school students in Sri Lanka, it said. The impact of school closures was greater on girls and on children from poorer communities and those with disabilities, the agency said.

In India, where schools in some states remain closed and those in others have partially reopened only recently, nearly half of the students between ages 6 and 13 reported “not using any type of remote learning during school closures,” UNICEF said. In Pakistan, a quarter of the younger children couldn’t use any devices to support remote learning. Earlier assessments by UNICEF had shown that in Nepal only three out of 10 children had access to any device for remote learning.

And in many cases, UNICEF officials said, the access did not translate to usage — either because one device was shared by many in the family, because textbooks suited for home learning and other necessary materials weren’t supplied, or because some communities never learned what resources were available. Many students did not have daily contact with teachers, especially those enrolled in public schools, the data showed.