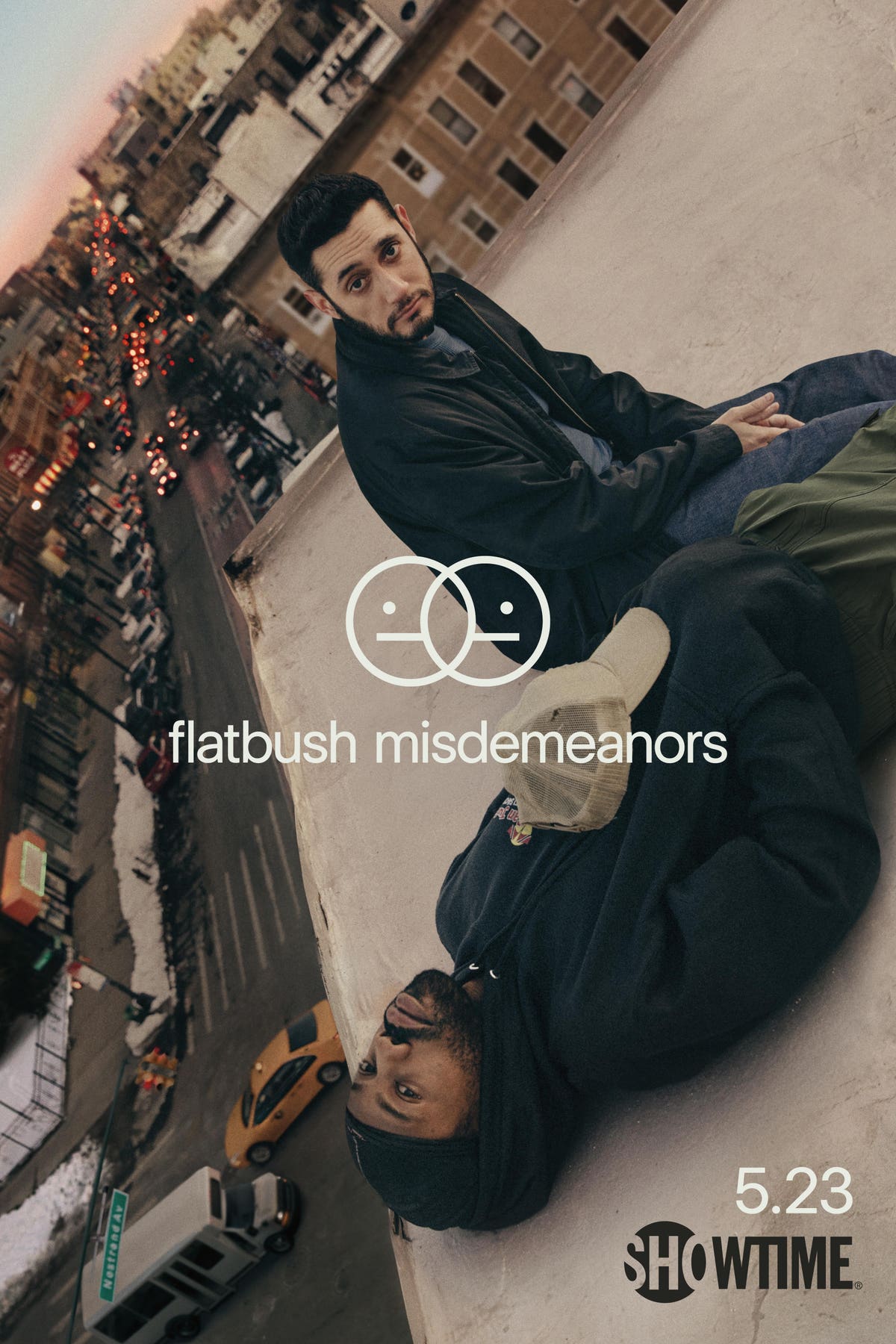 Flatbush Misdemeanors premiers Sunday, May 23 at 10:30 ET on Showtime. The new half-hour comedy show was created and written by Kevin Iso and Dan Perlman. The show follows two friends, played by Iso and Perlman, as they work, live and struggle to thrive in Brooklyn’s Flatbush neighborhood.

The show is based on three 15-minute web shorts that the pair made in 2017 and 2018 of the same name. “We’re not social media influencers or anything, so we just kind of threw [the first short] online and just let it sit up there,” Perlman recalls. It wasn’t until the first of the web series episodes made it onto the festival circuit that production companies started to gain interest in the series. The short won the Best North American Short Film at the London Film Festival and Grand Jury Award for Best Narrative Short at the Florida Film Festival.

Perlman grew up in New York and chose the Flatbush setting of the show deliberately. “It’s a very historic neighborhood,” he says. “I think you’ve seen the same kind of portrayal of what New York is for some time. It’s more like Williamsburg or the Upper East Side or Upper West Side. It felt nice to show a different side of New York that is very organically diverse and different in a lot of different ways. The people, the architecture and the history, really just everything about the neighborhood. It’s very alive and beautiful. There’s a lot of Caribbean and Black [culture] in these neighborhoods… You have a lot of different people co-existing and overlapping and bumping into each other while everyone is preoccupied with their own thing. That feels a lot like what it is to be in New York. It’s a lot of my experience of New York.”

“We got a lot of different types of performers who have different energies,” he explains. “That was really cool for me to just get to be a part of and to create something from a web series and see it executed in that way.”

The show features many returning comedians from the original web series, new actors and many Brooklyn natives. “One thing that we also took pride in is that there are a lot of people who are originally from Brooklyn in the show,” he explains. “I think it helped the authenticity of the characters. We try hard to not just make it the Dan and Kevin show and we want it to make an ensemble show where, every time you see a character, you might learn something new about them. We didn’t want anyone to be one-dimensional. We wanted to build up the world and make it three-dimensional characters, which was more fun. We really lucked out with the cast that they’re able to just bring all these layers to the performances, but it was also really important in the writing.”

When Dan isn’t writing or acting on the show, he is still making shorts and performing stand-up. His newest stand-up album, Emergency Contact, and short film, Cramming, are out now.