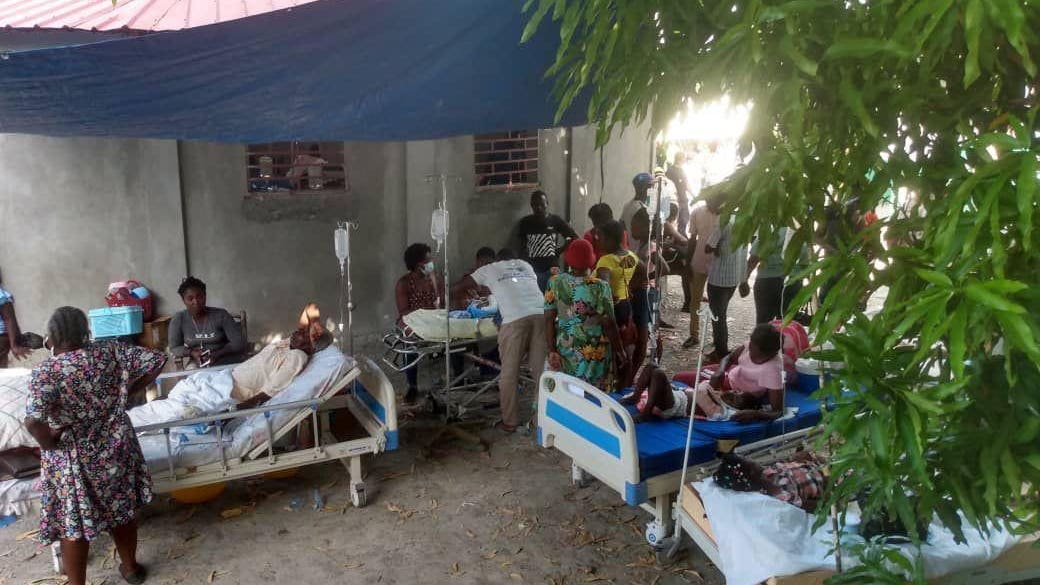 The death toll from Saturday’s devastating earthquake in Haiti rose to 1,297 Monday as the country’s hospitals were swamped by the influx of injured people, forcing local officials to bring in more doctors to tragedy-hit areas before the country gets hit by an incoming tropical depression.

At least 5,700 people have been reported injured in the Caribbean nation, while thousands more have been displaced from their homes due to damages caused by the quake, the Associated Press reported.

Incoming tropical depression ‘Grace’ is expected to make landfall in Haiti on Monday and while it has weakened from a tropical storm, it is still likely to cause heavy rain and flooding, which could disrupt rescue and aid efforts.

Hospitals in the country have been stretched to the limit with reports of doctors treating injured patients on hospital stretchers underneath trees and on mattresses by the side of the road in at least one badly hit city.

Jerry Chandler, the head of Haiti’s Civil Protection Agency told Reuters: “We do have a serious issue. There are very important facilities that are dysfunctional as we speak and those that are functional are receiving an overflow of patients.”

13,694. That’s the total number of houses that have been reported destroyed by Saturday’s earthquake, the civil protection agency has said, noting that they expect that number to rise further. Other buildings including churches, hotels, hospitals and schools have also been severely damaged or destroyed, leaving thousands of Haitians without proper shelter.

On Saturday, a 7.2-magnitude earthquake struck the southwestern part of the nation, causing large-scale devastation. The quake also triggered landslides that have hampered rescue operations. The disaster comes at a time when Haiti was already reeling from an economic downturn, the Covid-19 pandemic, a presidential assassination and a wave of unrest and gang violence in its major cities. Saturday’s earthquake is believed to have occurred along the same fault zone that had triggered the devastating 2010 earthquake in the country which is believed to have resulted in the deaths of hundreds of thousands of people, with estimates ranging from 160,000 to 300,000 lives lost.

Why Haiti is prone to devastating earthquakes (Associated Press)