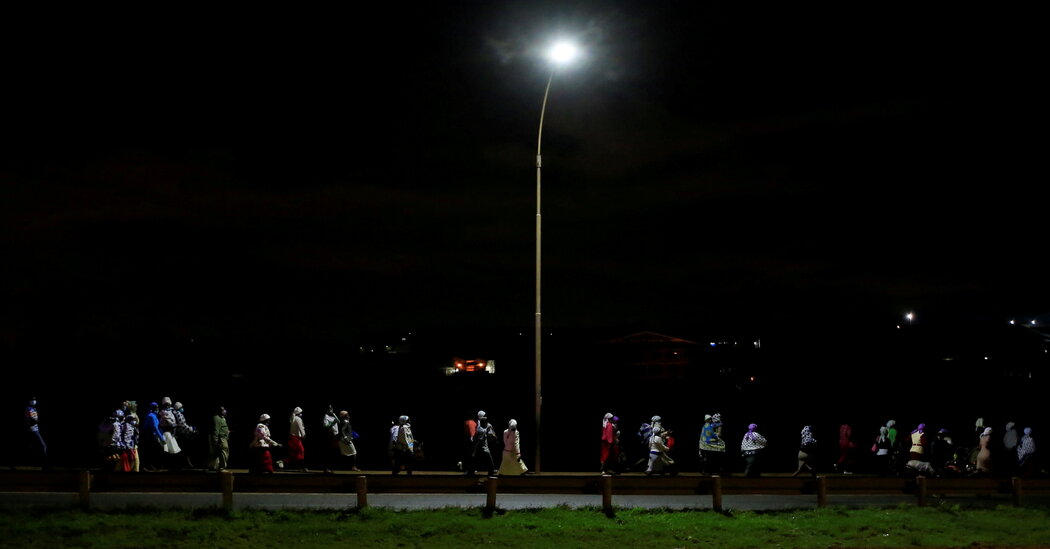 With presidential and parliamentary elections scheduled for next year, though, politicians have defied the rules and continued to hold rallies and large meetings with mostly unmasked crowds, drawing criticism from civil and religious groups.

Human rights groups have accused Kenya’s security forces for years of carrying out killings, abductions and torture. They say that the police have become especially heavy-handed during the pandemic.

At least 834 people have been killed by the police or were reported missing since 2007 — 166 of them last year — according to Missing Voices, a group of organizations that document police killings. The Independent Medico-Legal Unit, a nongovernmental organization based in the Kenyan capital, Nairobi, has documented 26 deaths and 49 cases of maltreatment connected with Covid enforcement.

On March 27, 2020, when the curfew was first introduced, baton-wielding officers beat people and used tear gas on dozens of people waiting for a ferry in the coastal city of Mombasa. A few days later, a 13-year-old boy was shot dead in a Nairobi neighborhood as the police moved to enforce curfew restrictions. An officer was later charged in the killing. More recently, thousands of people, including some trying to get to hospitals, were stranded in traffic in the capital in April as officers blocked highways and told drivers to sleep in their cars to avoid violating the curfew.

The Police Reforms Working Group, an alliance of national and local organizations in Kenya that includes Amnesty International and Transparency International, called the police violence and coronavirus crisis a “twin pandemic.” The alliance has condemned the death of the Ndwiga brothers and urged security forces to uphold citizens’ rights.

“A breach of these rights is an abdication of duty and illegality we condemn in the strongest possible terms,” the alliance said.