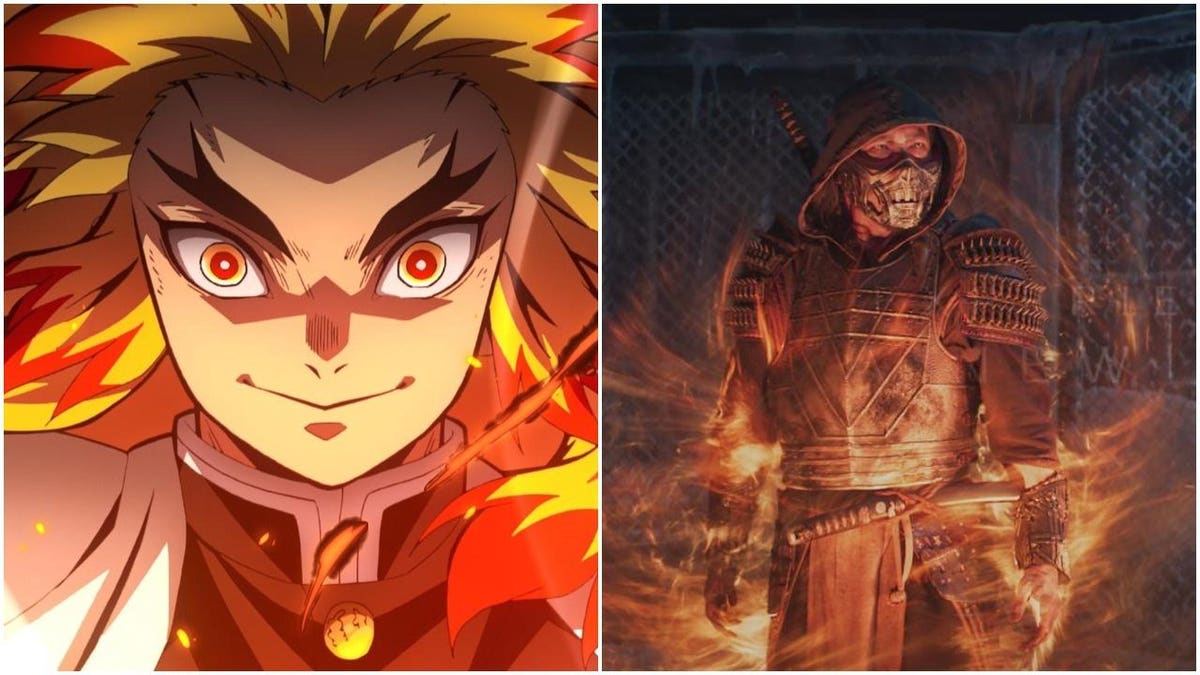 In other domestic box office news that isn’t about Wrath of Man ($8.1 million, or exactly what would be expected of a Jason Statham actioner under normal circumstances, Funimation’s export of Demon Slayer The Movie: Mugen Train earned another $3 million (-54%) in weekend three. The R-rated, animated action fantasy, a direct continuation of a popular anime (think Fight the Future debuting theatrically between season five and season six of The X-Files) has earned $39.565 million in 17 days. That’s past the (unadjusted-for-inflation) $37 million domestic cume of Guillermo del Toro’s Pan’s Labyrinth, making Demon Slayer the sixth-biggest foreign language grosser ever in North American theaters. It might just crawl past Instructions Not Included ($44 million in 2013), but we’ll see if it can even keep theaters amid an about-to-be-crowded summer movie season.

It will be interesting to see how Demon Slayer stacks up against the first wave of summer movies. An over/under $45 million domestic finish would be “fine” for Angelina Jolie’s Those Who Wish Me Dead (this, sadly, isn’t 2010 anymore) and Spiral: From the Book of Saw (Saw VI earned $27 million in 2009, Saw 3-D grossed $46 million in 2010 and Jigsaw nabbed $38 million in 2017). I hope Cruella and A Quiet Place part II can get a little higher, but Demon Slayer will still end up just over/under New Line’s Mortal Kombat ($37.8 million and falling fast) and Walt Disney’s Raya and the Last Dragon ($43.7 million and almost done). After all, Demon Ball Super: Brolly did outgross most of the 2018 Oscar contenders when it nabbed $31 million in early 2019.

Warner Bros.’ Mortal Kombat earned just $2.375 million (-63%) in its third weekend, bringing its totals $37.846 million and $72 million worldwide. It would be tempting to blame the post-debut domestic crash on the film being available on HBO Max. However, Wonder Woman 1984, Tom & Jerry and Godzilla vs. Kong either held firm after opening weekend or rallied after the second-weekend drop. Moreover, Mortal Kombat is currently the 35th-most popular movie on the Warner Media streaming service. The R-rated action fantasy is frankly playing like a “for fans only” video game adaptation with little appeal to non-fans after opening weekend. It’ll end up grossing about as much ($45 million) as might have been expected from a Fri-Mon MLK weekend 2021 debut had it opened on January 15 in a non-Covid world.

Warner Bros.’ Godzilla Vs. Kong earned another $1.91 million (-32%), bringing its domestic cume to $93 million. Oh, and it has earned $422.5 million worldwide, essentially done save for how well it performs in Japan beginning July 2. That domestic cume is tied with the $93 million debut of Gareth Edwards’ Godzilla in summer 2014, but the eventual over/under $100 million domestic cume is about what would have been expected had it opened in a non-Covid timeline in November of 2020 with less theatrical restrictions but more competition and less “first big movie of the vaccine era” hype. That’s different from Tom & Jerry ($44.8 million from a $14.1 million debut) and Mortal Kombat, both of which are modest wins by grossing about as much as they would have had they “disappointed” in conventional times.

Walt Disney expanded Raya and the Last Dragon into 505 more theaters in weekend 10, and the animated action fantasy earned $1.72 million (+25%) for a new $43.672 million domestic cume. I’d argue the brokering of peace between Disney and grumpy theater chains is about not wanting further issues with both Cruella and Black Widow (both of which are getting Disney+ “premier access” releases concurrent with theatrical) and the next wave of “in theaters only” offerings (hopefully Jungle Cruise, Shang-Chi and the Legend of the Ten Rings, Eternals and Enchanto). Maybe Disney is realizing that (speculation/simplification alert) two-to-four million Disney+ “leases” (at $30 a pop) per big title doesn’t compensate for a global theatrical success. At the very least, I might get to see Cruella in a theater as opposed to on a screener.

Sony’s Here Today, starring Billy Crystal (in his first directorial effort since 61* back in 2001) and Tiffany Haddish opened with $900,000 in 1,200 theaters. Peter Rabbit: The Runaway has earned $17.9 million in New Zealand and Australia in advance of its overseas expansion beginning next weekend in Mexico and Russia among other key territories. The sequel opens domestically on June 18. Universal’s Nobody has earned $24.5 million domestic and $43.9 million worldwide on a $15 million budget, even as it does comparatively boffo PVOD business. Again, I see Nobody 2 in our future, as the Bob Odenkirk-starring action comedy is clearly earning a fanbase both in and outside of theaters. Meanwhile, Zhang Yimou’s spy thriller Cliffwalkers has earned $114 million in China, including $8 million (7%) in IMAX alone.