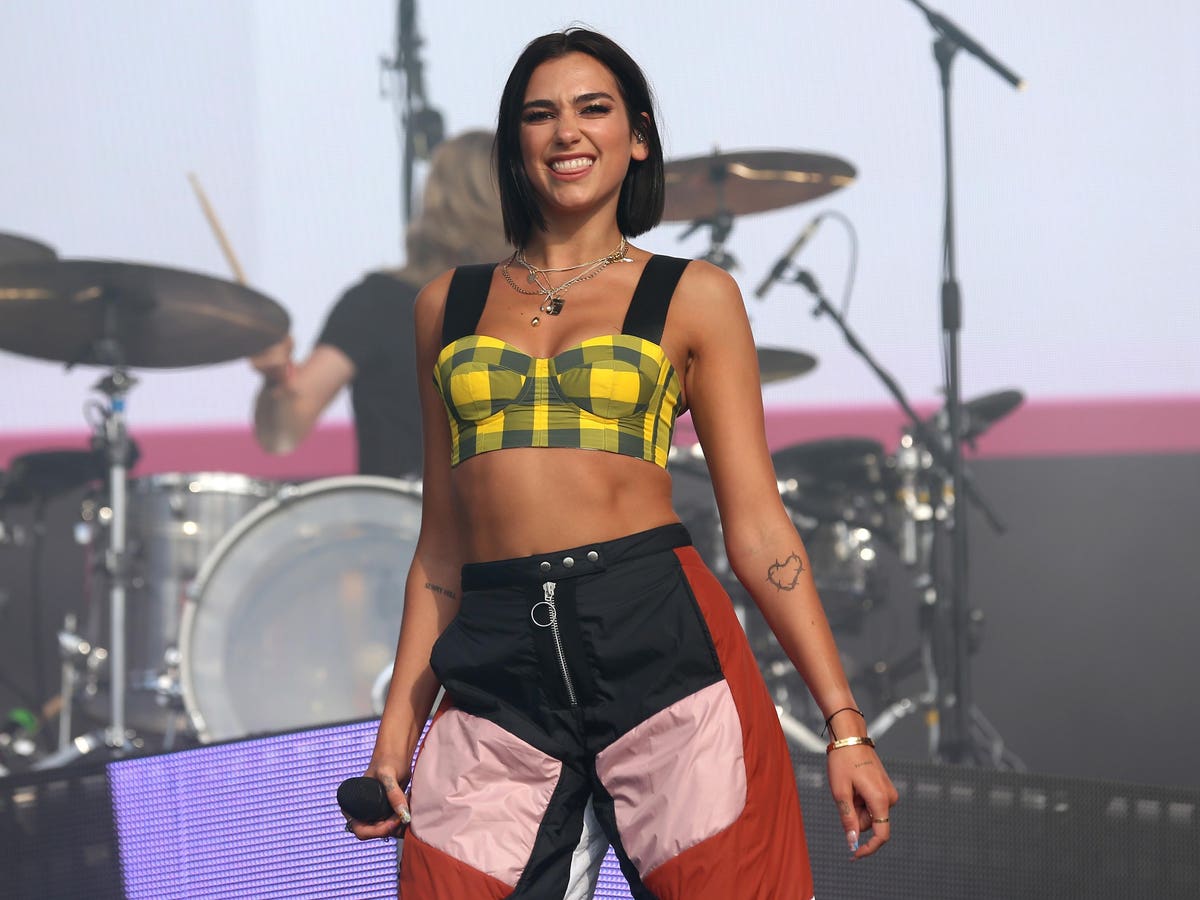 On the current Hot 100, Dua Lipa and DaBaby swap spots with Ed Sheeran inside the top 10, as the former’s “Levitating” dips from third to fifth while the British singer-songwriter’s “Bad Habits” completes the opposite movement. While it may look like “Levitating” is starting to no longer levitate inside the highest space on the chart, it could easily rebound, as it has done so many times throughout its successful run on the chart.

As of this frame, “Levitating” has now spent an incredible 32 weeks somewhere between Nos. 1 and 10, and, understandably, that holds as one of the longest stretches inside the uppermost tier so far. With one more stint in the loftiest area on the chart, the catchy pop cut has made Hot 100 history in several ways.

“Levitating” is now tied as the longest-charting top 10 hit fronted by a female musician. Lipa is credited as the lead artist, as the tune comes from her sophomore full-length Future Nostalgia, and DaBaby was only added once the track was released as a proper single. At the moment, “Levitating” is on the same level as LeAnn Rimes’ “How Do I Live” for the coveted title among women running the show on their own songs. Next week, Lipa will likely break her tie with Rimes and earn this spot in the history books for herself.

In addition to being the longest-charting song by a woman in the lead position, “Levitating” is now tied as the second-longest-charting top 10 hit of all time that credits a female artist in any way. In addition to being on the same level as Rimes’ “How Do I Live,” Lipa’s smash also matches “Closer” by The Chainsmokers and Halsey, though the pop singer is credited as a featured star on that title.

Next frame, “Levitating” will almost surely find space inside the top 10 one again, and in doing so, it will make history once more. With 33 turns inside the highest tier on the Hot 100, the radio favorite will tie with Maroon 5 and Cardi B’s “Girls Like You” for the most frames inside the uppermost arena for any tune that is fronted by or features a female musician.

Looking at all songs from every kind of artist, “Levitating” is now tied with three other singles—the aforementioned “How Do I Live” and “Closer” as well as Travis Scott’s “Sicko Mode”—as the sixth-longest-running top 10 ever. Next week, it will tie with “Girls Like You,” Post Malone and Swae Lee’s “Sunflower” and Ed Sheeran’s “Shape of You” as the third-longest-running top 10 smash in U.S. history, and there’s no saying it will stop there.