Dubai’s Ruler Hacked Phones of His Ex-Wife and Her Lawyers, U.K. Court Says 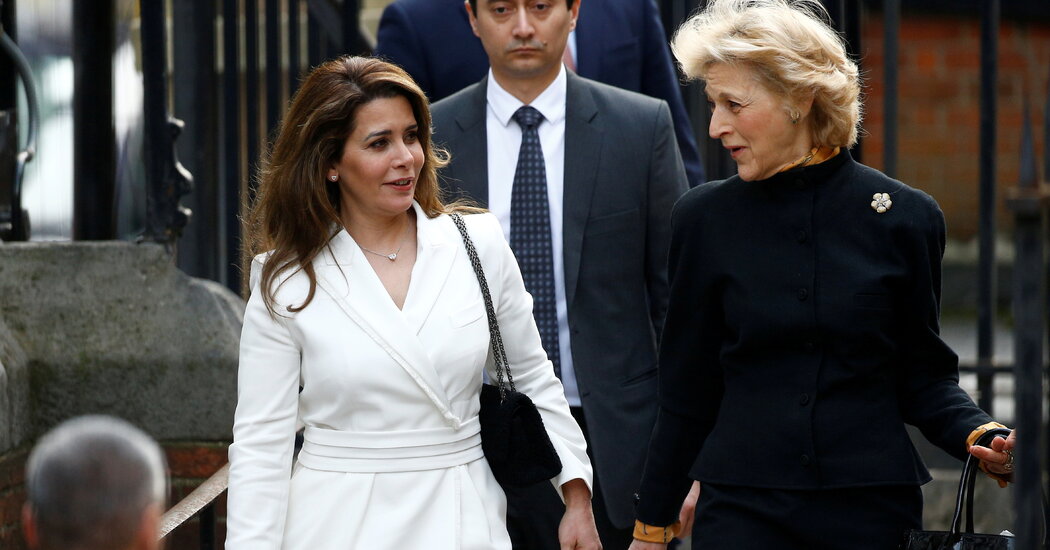 LONDON — When the hyper-wealthy ruler of the Middle Eastern emirate of Dubai found himself embroiled in a British court case with the Jordanian princess who was once his wife, he did more than hire top-shelf lawyers.

He also deployed high-tech software purchased from an Israeli company to hack the cellphones of his ex-wife, two of her lawyers and three other associates, according to court documents made public on Wednesday.

One of the lawyers, Baroness Fiona Shackleton, is a sitting member of the House of Lords — potentially adding friction to the close relationship between the United Kingdom and the United Arab Emirates, which includes Dubai.

It appeared to be the first confirmed case of the software, known as Pegasus and sold by the Israel-based NSO Group, being successfully used to hack the phone of a sitting British official, according to Bill Marczak, a researcher at The Citizen Lab at the University of Toronto’s Munk School of Global Affairs, who examined the phones mentioned in the case and determined they had been hacked.

NSO Group has come under intense scrutiny in recent months after reports that various governments have used its software to target opponents.

The hacking, which came to light in the civil suit ruling in a London court, added a new wrinkle in an already complicated snarl of Arab royal family conflicts, diplomacy and the world of highly secretive companies that sell expensive hacking technologies to governments around the world, who can and do use them as they see fit.

NSO Group says it sells its products to governments for use in law enforcement and counterterrorism. Technology researchers have surfaced many other cases of such technologies being used by oppressive governments not to go after criminals, but to track political dissidents, human rights activists and journalists.

In an emailed statement, NSO Group said: “Whenever a suspicion of a misuse arises, NSO investigates, NSO alerts, NSO terminates.”

The company said it is committed to human rights and cooperated with the court, even though it did not recognize the court’s jurisdiction.

An email seeking comment from the Dubai Media Office did not receive a response.

The court case pitted the ruler of Dubai, Sheikh Mohammed bin Rashid al-Maktoum, against his ex-wife, Princess Haya Bint al-Hussein, of Jordan, over the custody of their two children after she fled with them to London in 2019.

Sheikh Mohammed has also been accused of holding two daughters from another marriage — Sheikha Latifa bint Mohammed al-Maktoum and Sheikha Shamsa al-Maktoum — captive in Dubai after they tried to flee.

Sheikh Mohammed’s representatives have denied that the women are being held against their will.

In the judgment in the British civil court case, which was handed down in May but made public on Wednesday, a judge ruled that surveillance had been carried out by agents of Sheikh Mohammed using software licensed to the Emirate of Dubai or the United Arab Emirates. Also subjected to “unlawful surveillance” were Princess Haya’s personal assistant and two of her security staff, the court said.

The same court had earlier ruled that Sheikh Mohammed had imprisoned his daughters with Princess Haya and threatened another of his wives, though he is unlikely to face legal consequence.

Even before fleeing to London, Princess Haya, who is a daughter of Jordan’s previous king, Hussein, was a well-known figure in British high society. She was educated at British private schools, represented Jordan as a show jumper at the 2000 Olympics and was reported to be friendly with Queen Elizabeth II.

In addition to Baroness Shackleton, another of Princess Haya’s lawyers, Nicholas Manners, was targeted by the hacking. Princess Haya’s phone was found to have been hacked a number of times last year with Sheikh Mohammed’s “express or implied authority,” the judgment said.

Baroness Shackleton was tipped off to the hacking by Cherie Blair, the wife of former Prime Minister Tony Blair, who works as a humanitarian adviser to NSO, according to the court documents.

Mrs. Blair was told that NSO had been informed that its software “may have been misused to monitor the mobile phone of Baroness Shackleton and her client, Her Royal Highness Princess Haya,” the court said.

Princess Haya’s flight to London in 2019 followed attempts by two daughters of Sheikh Mohammed from another wife, Sheikha Latifa and Sheikha Shamsa, to flee their father’s custody. Both were eventually captured, returned home and held against their will there, advocates for the women say, claims that have tarnished the reputation of their powerful father.

Princess Latifa’s whereabouts and circumstances remain unclear. Though she appeared in a video earlier this year saying she was being held prisoner by her father, subsequent photos appeared on social media that showed her in Iceland, at the Madrid airport and at a shopping mall in Dubai. A cousin told the Free Latifa campaign, a group that had worked to publicize her case, that he had met her in Iceland.

Yet the princess has not spoken publicly herself, raising doubts about whether she is acting of her own free will.