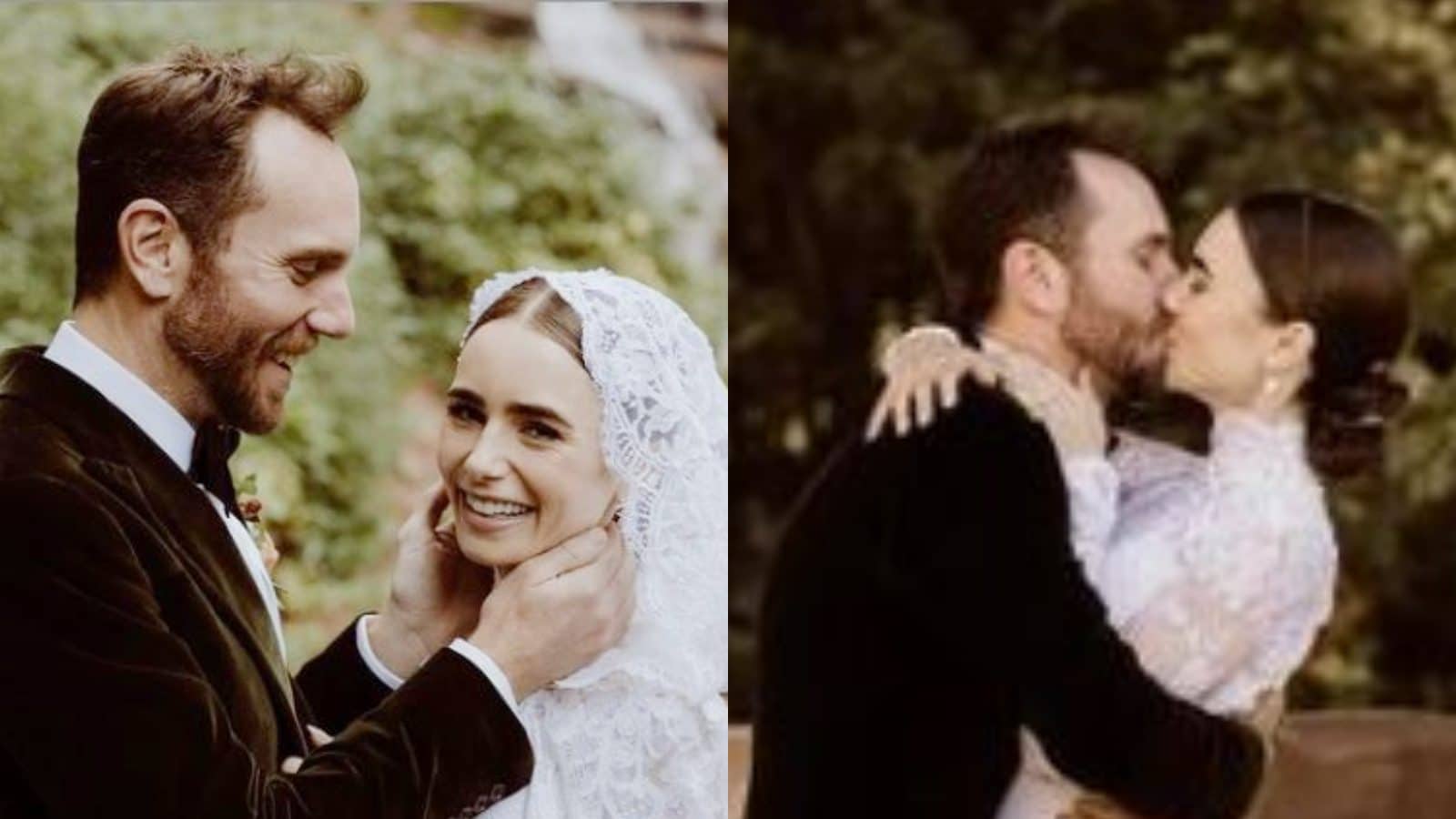 Actor Lily Collins and writer-director Charlie McDowell got married over the weekend in Dunton, Colorado. The Emily in Paris star made the announcement in an Instagram post on Tuesday. Lily shared three pictures from her wedding, where she could be seen wearing a stunning lacy mermaid dress by Ralph Lauren. In another picture, Lily showed off her stunning veil, which was designed in the form of a hood.

“I’ve never wanted to be someone’s someone more than I do yours, and now I get to be your wife. “On September 4th, 2021 we officially became each other’s forever. I love you beyond @charliemcdowell” Collins, 32, captioned a photo of the couple kissing at the altar.

She shared another picture where the couple could be seen gazing into each other’s eyes. She wrote, “Never been happier.”

In another stunning picture, the couple can be seen kissing below a waterfall. She wrote, “What started as a fairytale, is now my forever reality. I’ll never be able to properly describe how otherworldly this past weekend was, but magical is a pretty good place to start.”

McDowell, best known for his feature directorial debut The One I Love, also shared the news on Instagram. “I married the most generous, thoughtful, and beautiful person I’ve ever known. I love you @lilyjcollins,” the filmmaker wrote.

The couple first sparked dating rumours in July 2019, with Collins making their relationship social media official in August that year.

Meanwhile, Lily will star in Charlie’s directorial Windfall, which also stars Jason Segel and Jessie Plemons. She will also be seen in Emily in Paris season 2.