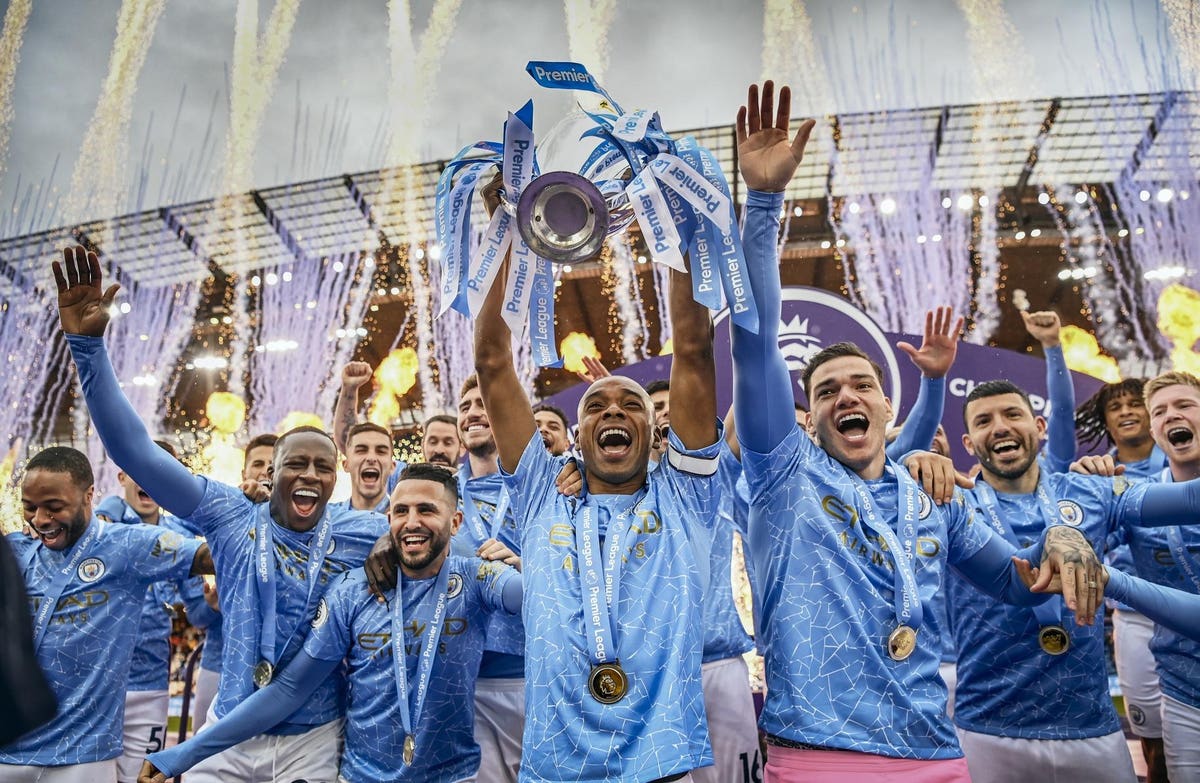 This was another COVID-19-interrupted season played out without fans for the most part. Against that eerie backdrop, Manchester City comfortably claimed the 2020/21 title. The relegation places were also settled relatively early, though there were a few surprises this season too.

Here is a recap of the season with a grade for each Premier League side and a look at how my pre-season predictions measured up.

Its fifth Premier League title came without too much fuss in the end as last year’s winners Liverpool failed to recover from a slow start. City is a worthy winner, clearly the best team in the country and with a Champions League final to look forward to this weekend.

Ole Gunnar Solskjaer deserves credit for steering United to second place and the club is favorite for Wednesday’s Europa League final, too. But for United, finishing second, especially to rivals City, can’t score higher than a B.

Yes, Liverpool was unlucky with injuries. But Champions League qualification is the bare minimum for last season’s champions. City was the favorite but Liverpool never looked like challenging and must improve next season.

In a tight race for Champions League qualification, Chelsea recovered well from its poor showing in the first half of the season under previous manager Frank Lampard. Thomas Tuchel took over with the club in ninth and will be expected to mount a title challenge next season.

Most Leicester fans would have taken a first-ever FA Cup win and 5th place before the season, but there will undoubtedly be disappointment it couldn’t hang on to a top-four spot. Still, Brendan Rodgers has done a fine job and this must go down as a successful season.

Hand me a big slice of humble pie. I thought the Hammers would struggle again after finishing 16th last season. But David Moyes has done a fantastic job and a place in the Europa League is an excellent result for West Ham.

This was not a successful season for Spurs. The appointment of Jose Mourinho was a failure and qualifying for the Europa Conference League is a dubious honor. The club faces big decisions this summer.

Like its North London neighbor, Arsenal requires a rebuild. The club should be challenging for the Champions League places, not battling for a place in the Europa Conference League. No European soccer next season.

Last season’s Championship winners, Leeds won plenty of admirers with the daring style of play favored by coach Marcelo Bielsa. There were matches were the team looked a little naïve, or perhaps stubborn, in refusing to adapt its style, but a top-half finish is a great result for the first season back in the top flight.

A disappointing result for Everton after a season that at times promised to be a good one. Let down by poor home form (its second-worst in more than a century), the team looked on course for at least a top-six finish but will have another season not playing in European competition.

Villa comfortably stayed up after a decent season including a stunning 7-2 win over Liverpool. Accusations of being a one-man team are unfair, but there’s no doubt Villa are a far better side with Jack Grealish in the 11. Should he stay, as looks likely, a top-six challenge could be the ambitious aim for next season.

Plenty fancied Newcastle to be relegated but in the end it comfortably survived. There is a lot of work to do to take the team to a place where fans will be happy, but the most important objective of survival was achieved.

Wolves would have hoped to push for a top-six place but struggled and looked disjointed after a nasty injury to striker Raúl Jiménez. Nuno Espírito Santo will leave the club, with the feeling he has taken it as far as he can. The next boss will need backing in the transfer market for the club to challenge the top six.

Another one I got badly wrong. I thought this might be the season Palace dropped out of the Premier League. Instead, while it wasn’t always pretty, it survived with few problems. The club is also searching for a new manager after Roy Hodgson stepped down.

Having finished 11th last season, there was hope Southampton could take the next step this time around. It started well and looked set to challenge for a place in Europe, but the team fell away badly after January. Another season with a 9-0 defeat, this time to Manchester United, is an unwanted statistic.

Overseen by the impressive Graham Potter, Brighton played some great stuff and another season in the top flight is secured. With some better finishing though, a top-half finish would have been possible. Food for thought in the summer.

It is no secret Burnley’s main goal at the start of each Premier League season is to survive another in it. The club has done that – finishing 11 points above the drop zone – and it will be interesting to see if and how new ownership changes expectations.

No other grade would be right for Fulham, which goes straight back down to the Championship. It was admirable the team tried to play an attractive style, yet a lack of quality in the squad is what cost Fulham.

After a lack of investment last summer, most (including me) expected West Brom to join Fulham in going straight back to the Championship. Even Sam Allardyce, renowned for helping strugglers survive, couldn’t keep the Baggies up. The priority now is to regroup, challenge for promotion again and hope to do things differently next time.

Last season Sheffield United arrived back in the top flight with a bang – playing attractive soccer and finishing 9th. But it has suffered from “second season syndrome” and looked a shadow of the team that did so well a year ago. With Chris Wilder gone, a new strategy is needed to get the club back to the Premier League as quickly as possible.