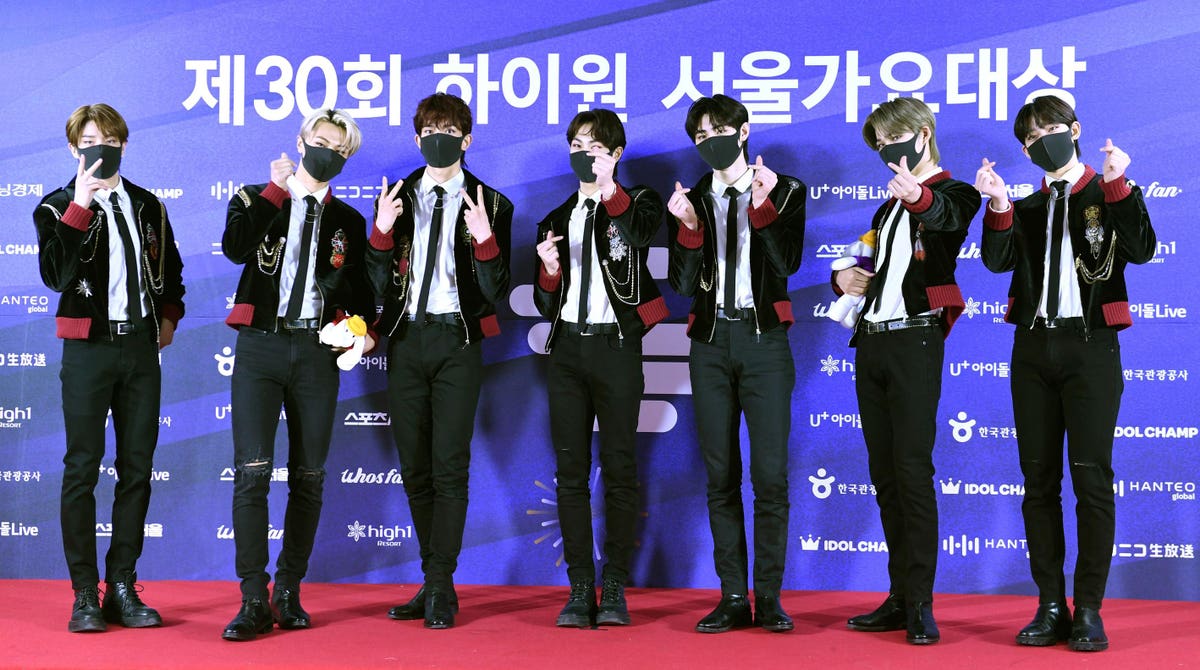 Some musical acts have to spend years building their fan base by releasing tons of material in the hopes of eventually hitting No. 1 one day. That turned out not to be the case with ENHYPEN, who land their first chart-topper in their home country less than 12 months after first debuting.

The K-pop all-male vocal band debuts their latest collection Border: Carnival atop the latest edition of the Gaon Albums chart, which ranks the bestselling full-lengths, EPs and single albums in South Korea every week, looking at how many copies were shipped to stores.

Border: Carnival is ENHYPEN’s second EP and their second to break into the top 10 on the Gaon Albums chart. Their first release, Border: Day One, stalled in the runner-up rung on the same list when it was released in late 2020.

The six-song set leads a very busy top 10 on the Gaon Albums chart, as it beats three other brand new releases to the throne, all of which start their time on the tally inside the top five.

Border: Carnival is powered largely by lead single “Drunk-Dazed,” which gets off to something of a slow start on other Gaon charts. On the all-encompassing Gaon Digital ranking, which ranks the most popular, most-consumed songs in South Korea every week using a methodology that combines sales, streaming and what is called BGM, which stands for background music (usually used in various forms of media), the tune only launches at No. 140 on the 200-rung tally.

Over on the Gaon Download chart, which looks solely at those tracks which sold the best, four tracks from Border: Carnival appear, with “Drunk-Dazed” kicking off its time at No. 4. Much further down that ranking, “Not For Sale,” “Mixed Up” and “Fever” enter the race at Nos. 164, 192 and 195, respectively.

MORE FROM FORBESK-Pop Band Enhypen Doubles Their Number Of Charting Hits In The U.S. In Just One WeekBy Hugh McIntyre