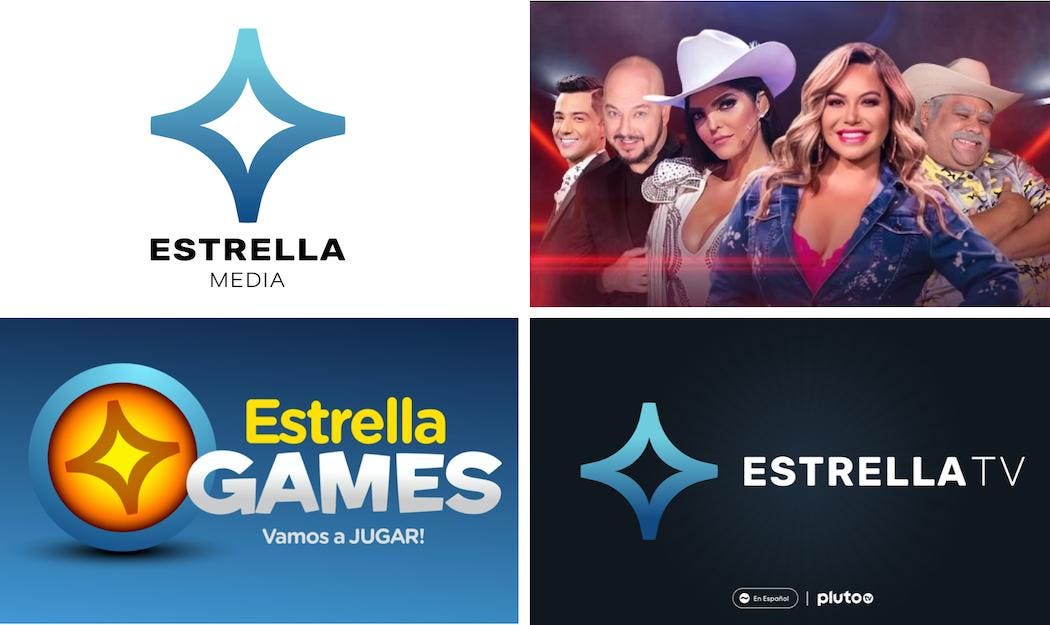 The Estrella TV network lags way behind powerhouses Univision and Telemundo, but it’s determined to gain ground in the Spanish-language media space. Parent company  Estrella Media, formerly LBI Media, which rebranded in February 2020 after exiting bankruptcy, and has been under new leadership for over 18 months, has been tweaking its programming strategy to grow its footprint and attract new audiences. And during its 2021-2022 Upront presentations, the company showed it’s doubling down on investing in originals, game and reality shows, but most of all, on digital.

“The Hispanic community is the most important consumer segment in the U.S. It’s a large base of consumers who are much younger than the general population, growing much faster, and rapidly building wealth. This is a segment that is digital-first,” says Estrella Media CEO Peter Markham. “Our challenge is to move quickly to build media products to super-serve this dynamic marketplace.” That’s why, he points out, the company’s goal is “to reach this audience anywhere, anytime, and on any device.”

Among Estrella Media’s announcements, several new digital initiatives, including the launch of Estrella Games, a new 24/7 curated free ad-supported TV (FAST) channel, featuring multi-generational family game shows, such as 100 Latinos Dijeron, La Máscara del Amor, Reto Famosos and Jugando con Platanito and new AVOD app – EstrellaTV – which will be available this summer on Roku and Apple iOS that will have on-demand content from Estrella Media’s library of over 20,000 hours of programming as well as live Estrella Media channels.

Execs also touted the recent launch of The EstrellaTV and Estrella News channels launched on May 5 on Pluto TV en español. Estrella News will also be available on Amazon News through Amazon Fire TV. EstrellaTV will continue to offer its programming on-demand through YouTube and has chosen Google
Ad Manager for monetizing its live and on-demand streaming TV platforms.

“You can watch it on TV, a FAST Channel, YouTube or even our own EstrellaTV app. This means our success and future growth depends on our continuing to create lots of great original content – we produce over 6,000 hours each year of entertainment and news – and catering to our biggest fans with direct-to-consumer channels,” states René Santaella, EVP of Digital and Streaming Media, a former Sony and Disney
executive Estrella Media hired in October 2020 to overhaul the company’s digital division.

TENGO TALENTO, MUCHO TALENTO: In its 24th season, the talent competition returns,this time focusing on Latinas in entertainment. For the first time in the show’s history, this season will have a lineup of all-female contestants. Returning to thejudges’ panel are Grammy-winning Regional Mexican recording artists Chiquis and Ana Bárbara, composer and music producer Pepe Garza; and radio personality Don Cheto. The season is hosted by chart-topping and award-winning recording artistLuis Coronel. Now airing 8 PM ET/7 PM CT, Finale May 26, 2021; Season 25 Premieres in Fall 2021.

MasterChef: Reality cooking series created in partnership with Endemol Shine. EstrellaTV will be airing the earlier seasons starting in June 2021, with the new EstrellaTV season going into production in September for a Q1 2022 premiere. It will feature 20 top chefs competing for the grand prize with challenges featuring Latin culinary twists. Midseason 2021/22 Season Premiere; 26 episodes.

Encrucijada (Crossroads): One-hour, scripted re-creation anthology series about the moments that change people’s lives and how the challenges and triumphs of choices in everyday life shape our future. The series will show the incredible outcomes of choosing the “correct” path forward – a”Sliding Doors” with a Hispanic audience focus. This one-hour, 20-episode primetime series is a joint venture between South American production companyCasablanca, VIP 2000, and Yahayra Films and will feature the lead writing talent from the hit show Rosa De Guadalupe. Fall 2021/22 Series Premiere, Sunday 9 PM ET/PT, 20 episodes.

Tatuajes: One-hour, scripted, fictional anthology series based on real-life events that explore the powerful and emotionally deep human stories and connection behind a person’s tattoo. The series is developed in partnership with Elefantec Global, the Los Angeles and Mexico City-based production house led by Jose Bastón and Jeff Symon, and created by Pedro Damian and Luis Mariani. Midseason 2021/22 Season PremiereMero Maistros: Latino contestants from across the U.S. compete for a cash prize by proving they have the imagination and team skills to build the impossible, in the first ever construction competition. Midseason 2021/22 Season Premiere.