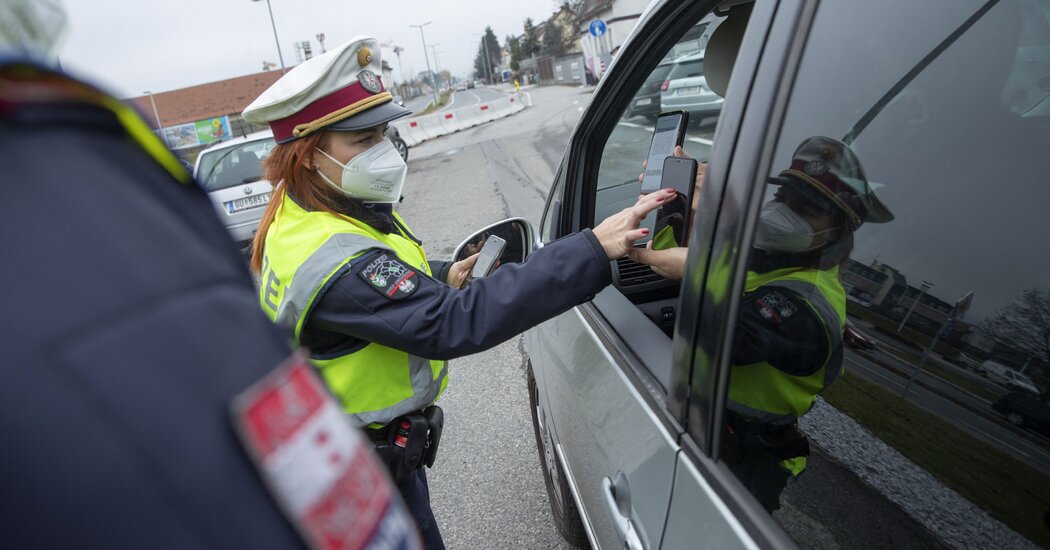 Prime Minister Boris Johnson of Britain, which has suffered a rash of new cases in recent weeks, kept his resistance to mask mandates and health passes.

“Our friends on the continent have been forced to respond with various degrees of new restrictions, from full lockdowns, to lockdowns for the unvaccinated, to restrictions on business opening hours and restrictions on social gatherings,” Mr. Johnson said Monday, but he doubled down on vaccinations, saying boosters would be offered to those aged 40 and older, and second doses made available to those aged 16 and 17 who have so far been allowed one. He said he worried about “storm clouds that are gathering over the continent.”

This is especially the case in Eastern Europe, where the scars left by decades of misinformation under Communism seemed to have opened up and spread skepticism about medical expertise. Romania, which has Europe’s second-lowest vaccination rate recently reported the world’s highest per capita death rate from Covid-19. In Bulgaria, hospitals are inundated.

Last month, the small Baltic nation of Latvia, where resistance to vaccination is high, especially among the ethnic Russian population, responded to its outbreak with a full lockdown. Russia and Ukraine, which each have vaccination rates below 50 percent, also introduced widespread restrictions.

Infections have erupted over the borders in Western Europe.

In Germany, which has suffered a dizzying increase in cases in part because of a slow rollout of booster vaccines, officials had hoped that charging people for swab tests would motivate them to get vaccinated. But they will once again try and keep closer tabs on the virus by making free coronavirus tests available to all adults in the country. The government has suggested that those tests could be required to enter events and certain venues, even for the vaccinated.

Over the weekend, the three parties joining to form Germany’s next governing coalition agreed to impose stricter rules against unvaccinated people, including mandating that they obtain a negative coronavirus test before traveling on buses or trains, as infection rates reach new highs.

Some German states are introducing stricter mask mandates and requiring vaccination instead of negative tests for entry into venues.