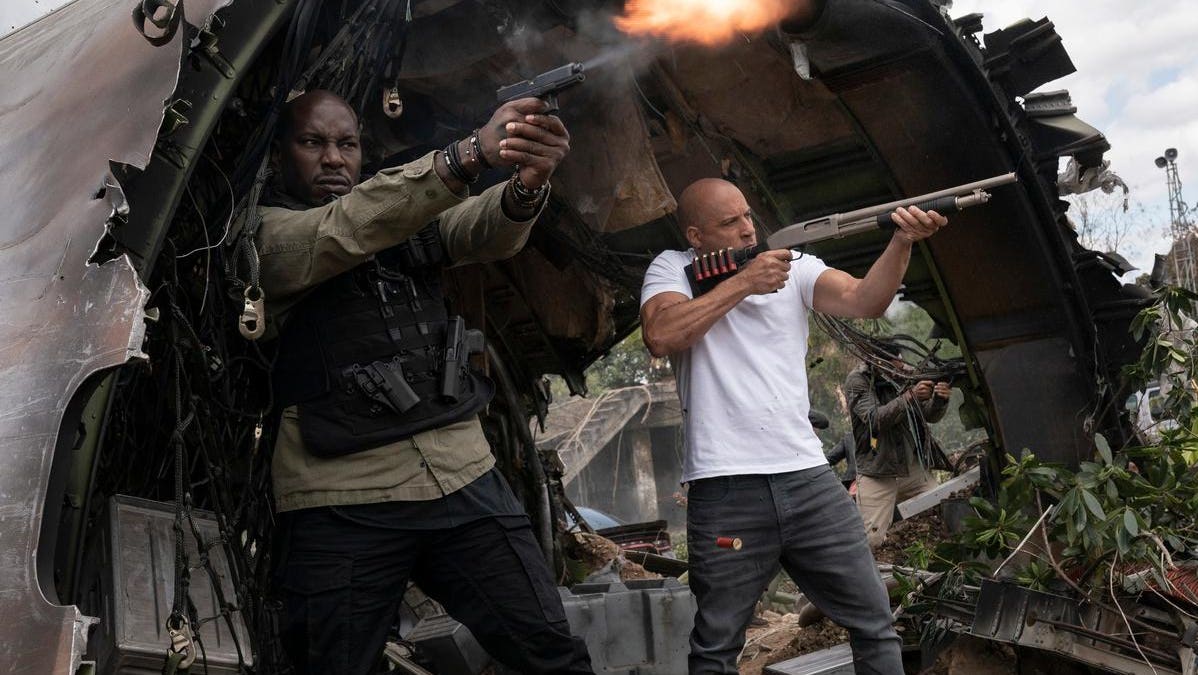 F9 began its overseas roll-out on Wednesday with $3.4 million in South Korea. It earned another $860,000 for a $4.27 million two-day cume heading into the conventional Fri-Sun weekend. That was the biggest pandemic-era opening day ever (bigger than the $2.9 million debut of Peninsula) and the biggest of the Fast Saga ($2.9 million for Hobbs & Shaw in summer 2019). Korea’s top theater chain, CGV (which has a few locales in North America too, I visited one to see Black Panther in ScreenX format in February of 2018), offers free popcorn to everyone racing to see F9 for the entire opening week. No word on what happens if you see another movie but pretend to be seeing F9 to get free popcorn.

However, the big news, as expected, is in China. The last four installments of the Fast Saga ($66 million in 2013, $392 million in 2015, $392 million in 2017 and $200 million in 2019) have earned $1.05 billion thus far. Hopes are high that F9 will make enough in the world’s biggest moviegoing marketplace (since North America is still recovering) to offset some of the likely domestic downturn for when the film opens here on June 25. We’ll have a clearer idea of that tomorrow when the Friday grosses roll in, but F9 earned $9.17 million in midnight screenings last night. While bigger in raw dollars than Fate of the Furious ($8.7 million), it’s down a little (only 6%) in actual Chinese currency compared to the last pure Fast sequel.

Still, things being what they are, I’m sure Universal would be *thrilled* with $368 million in China earnings. For those unaware, F9 is the ninth Fast and Furious movie, the tenth if you count the Hobbs & Shaw spin-off. Justin Lin, the guy who revived the series with Tokyo Drift, Fast & Furious, Fast Five and Fast & Furious 6 before passing the baton to James Wan and F. Gary Gray, is directing this time yet again. Vin Diesel’s Dom Toretto will face off against a long-lost/estranged brother played by Jon Cena. Oh, and for reasons not yet revealed, Kung Kang’s Han Lue is back from the dead after a fiery car crash caused by Jason Statham’s baddie-turned-ally Deckard Shaw. Neither Statham nor Dwayne Johnson is reprising this time out.

Anyway, Fate of the Furious earned a then-record $68 million Friday in China on the way to a $185 million opening weekend. Since Fast 8 opened essentially everywhere on the same week (North America, China, etc.), it nabbed a record-breaking $532 million worldwide bow, bigger than the $529 million global launch of Star Wars: The Force Awakens. No one is expecting that this time out, not least because the film isn’t launching everywhere at the same time. The conventional wisdom suggests a $160 million global launch, mostly compromised of Korea, China and Russia. Still, suppose it gets anywhere near Fate of the Furious’ China opening (94% of $185 million is $173 million). In that case, we could be looking at the first $200 million-plus global launch (for a Hollywood title) since Star Wars: The Rise of Skywalker.

The franchise has earned $5.906 billion worldwide. Barring an unthinkable comedown over the conventional weekend, The Fast Saga is zooming past $6 billion worldwide on a combined budget of (presuming $200 million for F9) $1.409 billion over ten movies. It’s already the second-biggest “original” cinematic franchise in raw global grosses behind Star Wars ($10.25 billion over 11 films). It’s also the second-biggest Hollywood franchise in China behind only the four Avengers movies ($1.315 billion), but that could change if the series maintains its Furious 7-level momentum. All signs look like F9 opening about as well as you’d expect a Fast Saga flick to open in China, with or without Covid-related variables. Let’s see how close its global cume can get to just the Chinese total of Hi, Mom ($825 million).