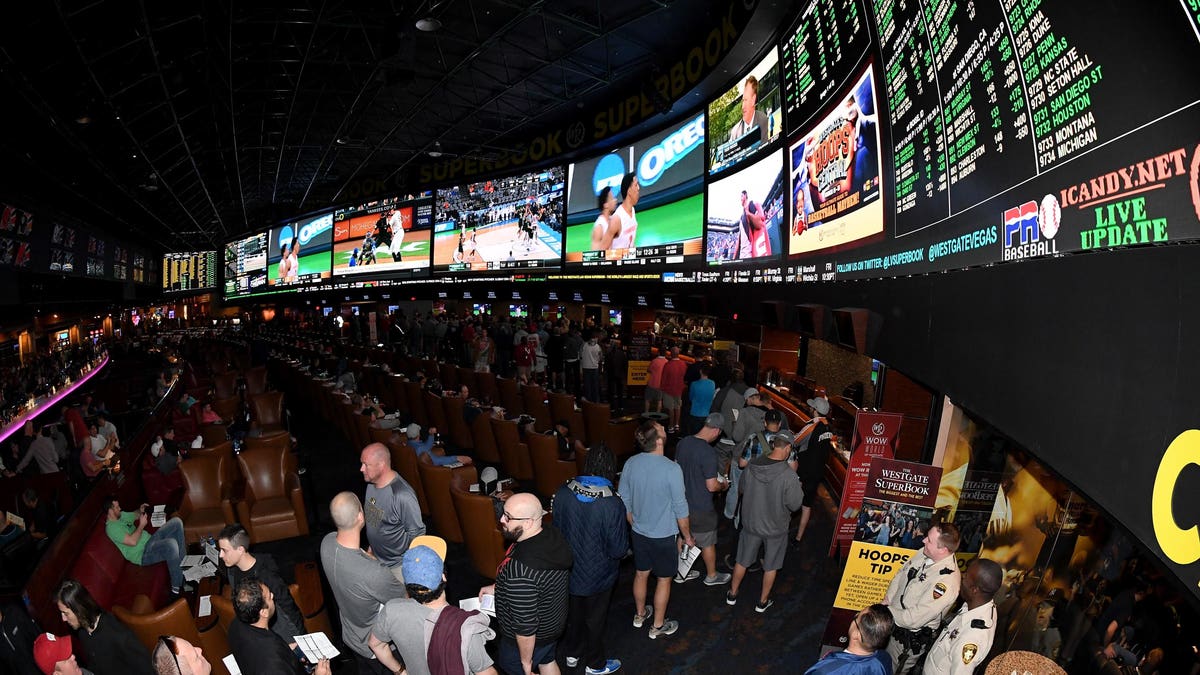 One of the main selling points of the new Florida gaming compact—which gives the Seminole Tribe of Florida complete control over all legal sports betting statewide (including all bets placed on mobile devices and at licensed pari-mutuel facilities)—is that it would provide a “safe-harbor” against any constitutional challenge to sports betting under Florida Amendment 3. But is based on a false premise—that the legalization of sports betting outside of tribal lands would violate Amendment 3’s prohibition against non-voter approved “casino gambling.” This unfounded fear—stoked in various media outlets by the proponents of Amendment 3—has led the State down a more legally treacherous path: approving a compact that flouts the federal requirement that all “gaming activity” take place solely “on Indian lands.”

By trying to steer clear of one potential problem (albeit, one which is greatly exaggerated), the State may be creating an even bigger problem with graver and more far-reaching consequences—i.e., a federally-rejected compact which strips away all mobile sports wagering initiated from outside of tribal lands, eliminates all pari-mutuel participation in sports betting, and, due to a severability clause in the compact, will give the Tribe exclusivity over all sports betting statewide for the next 30 years.

The two-part “casino gambling” test is expressed in the conjunctive

As expressly defined by Amendment 3, “casino gambling” means: (1) “any of the types of games typically found in casinos”; and (2) games that are within the definition of “Class III” gaming under the Indian Gaming Regulatory Act (“IGRA”), the federal law that governs Indian gaming.

Both prongs of this definition—as instructed by Amendment 3—are to be assessed “upon the adoption of this Amendment” (which is the date that Amendment 3 was approved by Florida voters). However, with respect to the second prong of the analysis—which looks to see whether “Class III gaming” is involved— Amendment 3 states that it also includes any games “that are added to such definition of Class III gaming in the future.” The open-ended nature of the second prong—with no cut-off date or expiration—is not nearly as relevant here because the IGRA regulations already categorize sports betting as a form of Class III gaming.

It’s the first prong of the analysis—which asks whether sports betting is the “type of game” that is “typically found” in “casinos” as of November 6, 2018 (the date of Amendment 3’s adoption)—that decidedly tips the scales in favor of sports betting legalization remaining within the purview of the Florida Legislature.

And don’t be fooled by those who claim that this Amendment 3 test solely focuses on Class III gaming is involved. That’s a specious claim. The definition of “casino gambling” in Amendment 3 is expressed conjunctively—i.e., the type of game typically found in a casino as of the adoption AND the types of the games are within the definition of Class III gaming. A basic rule of construction recognized by Florida courts is that where the conjunctive word “and” is inserted between two conditions in a statutory or constitutional provision, it means that both conditions must be given effect. This principle is referred to as the “conjunctive/disjunctive” canon of construction.

Sports betting was not “typically found” in casinos on November 6, 2018

The first prong of the “casino gambling” definition looks to see whether the game at issue was “typically found in casinos” upon the “adoption” of the amendment, which was November 6, 2018 (the date that Amendment 3 was approved by Florida voters). If sports betting was not “typically found” in casinos as of the November 6, 2018 measurement date, then it’s case over and lawmakers are free to act.

According to data provided by the American Gaming Association, there were 40 U.S. states that had legal casino gambling (counting both commercial casinos and tribal casinos) as of November 6, 2018. Of those 40 states, only six (Nevada, Delaware, New Jersey, Mississippi, West Virginia and New Mexico) had casinos which included sports betting as an amenity for patrons. As of that same date, there were over 500 tribal casinos in the United States; only three of which offered sports betting.”

Under this plain-language definition, which would likely be utilized by a Florida court should the scope of Amendment 3 ever be litigated, it cannot credibly be asserted that sports wagering was the type of game “typically found” in casinos, when only a small percentage of U.S. casinos offered it as of November 2018.

In fact, it wouldn’t even require a trial, it’s that clear-cut.

Beyond the fact that sports betting was not typically found in casinos on November 6, 2018, it is also a different species of gambling altogether. There are several fundamental distinctions between sports betting and casino gambling. First, the “location” of the underlying contests distinguishes the two activities. In sports wagering, the athletic competitions or sporting events on which the bets or wagers are placed usually occur and are decided at locations beyond the casino’s four walls. By contrast, casino games (such as banked card games, dice games, and slot machines) are played—and their outcomes are determined—within the four walls of a casino.

A second fundamental distinction between casino gambling and sports betting centers on the essential character of the underlying activity. Casino-style games (such as those included within the definition of “casino gambling” in Amendment 3) are classified as “games of chance” under most states’ laws (including Florida law) because the element of chance (or luck) predominates over skill. Courts have consistently recognized that “casino-style” games such as blackjack, craps, roulette, baccarat, and slot machines are games of chance. This proposition is so well-engrained in the law that one California appellate court even took judicial notice of the fact that casino-style games, such as those offered at Nevada casinos, “consist[] primarily of ‘games of chance’ insofar as the law is concerned, i.e., games which by definition are contests in which chance predominates over skill.”

By contrast, wagering on sporting events is widely considered to be a contest of skill. As New York’s Attorney General put it, sports betting involves “substantial” (not ‘slight’) skill” including “the exercise of a bettor’s judgment in trying to select the winners or losers of such contests, and to figure [out] the point spreads.” In United States v. Dicristina, the United States Attorney for the Eastern District of New York acknowledged that “[s]ports betting . . . is widely considered to require a significant amount of skill to be conducted successfully,” observing that “[s]ports bettors have every opportunity to employ superior knowledge of the games, teams and players involved in order to exploit odds that do not reflect the true likelihoods of the possible outcomes.” Similarly, West Virginia’s attorney general concluded that “the amount of skill involved in sports betting places this form of gambling outside the parameters of a lottery,” which, like casino gambling, is a gambling game decided predominantly by chance.

This distinction is reflected in the listed examples of “casino gambling” provided in the text of Amendment 3. All of those examples—including baccarat, blackjack, roulette, craps, keno, and slot machines—are quintessential games of chance played entirely within a casino. By contrast, the gambling activities excluded from the definition of “casino gambling” in Amendment 3—“pari-mutuel wagering on horse racing, dog racing, and jai alai exhibitions”—are recognized in the law as contests of skill. And, just like with sports betting, the underlying performances associated with pari-mutuel betting on horse racing, greyhound racing and jai alai exhibitions take place—and the outcomes are determined—outside of a casino environment.

What is the significance of these illustrative examples? Well, under a different rule of statutory interpretation known as ejusdem generis (latin for “of the same kind”), general expressions such as “including, but not limited to” which precede a specific list of included items should not be construed in their widest context, but apply only to things of the same general kind or class as those specifically mentioned in the list of examples. So, using an ejusdem generis analysis, the omitted activity of sports betting is clearly of a “different kind or class” than the games of pure chance enumerated within the section 30(b) definition of “casino gambling.” It has much more in common with the other “skill-based” wagering activities—such as pari-mutuel betting on horse racing, dog racing, and jai alai exhibitions—that are expressly excluded from the definition of casino gambling.

Federal law also differentiates sports betting from casino gambling. For example, the federal regulations governing gambling on Indian lands—which are part of the Indian Gaming Regulatory Act (“IGRA”)—treat sports betting as a separate and distinct form of “Class III” gaming, mentioning it in a different subparagraph than house-banked card games, casino games (such as roulette, craps, and keno) and slot machines. In addition, the federal Wire Act, which generally prohibits bets or wagers from being placed across state lines, applies only to bets or wagers placed on sporting events, and does not reach other forms of gambling, such as casino gambling. To similar effect, the federal excise tax on wagering applies to wagers placed on sporting events, but casino-style games (including slot machines, banked card games, dice games, and roulette) are specifically exempted from the application of the tax.

Gambling studies commissioned by the federal government likewise distinguish between sports betting and casino gambling. For example, the 1999 Final Report of the National Gambling Impact Study Commission, which was established by Congress to “conduct a comprehensive legal and factual study of the social and economic implications of gambling in the United States,” characterized the gambling industry as being “composed of relatively discrete segments,” specifying “Casinos (commercial and tribal)” and “sports wagering” as separate and distinct categories of gambling.

An earlier federal gambling study, published in 1976 by the Commission on the Review of the National Policy Toward Gambling, similarly viewed sports wagering and casino gambling as separate and distinct categories of gambling. The Final Report of the Commission—entitled Gambling in America—referred to “casino gambling” and “sports bookmaking” as among the “various forms of gambling” that have been sanctioned by state governments,” and treated them as separate gambling categories throughout the report.

Amendment 3’s failure to expressly include sports betting within the definition of “casino gambling” is to be sharply contrasted with a similar proposal introduced at roughly the same time that was designed to give voters control over gambling.

In March 2016, former Florida Representative Jose Diaz (D. Miami)—who was then the Chair of the House Regulatory Affairs Committee—introduced House Joint Resolution 7113 (also referred to as PCB RAB 16-03), which proposed an amendment to the Florida Constitution to require that “any expansion of gambling” be authorized only by a constitutional amendment proposed by a citizen’s initiative petition and then approved by Florida voters.

It was strikingly similar to Amendment 3—except in two critical respects.

HJR 7113 was broader than Amendment 3, which only addresses casino gambling.

Under HJR 7113, a citizen’s initiative petition would be required for any expansion of “gambling,” not just those that could be categorized as “casino gambling.”

It broadly defined “gambling” as all Class III gaming.

And, here is the money shot. In contrast to Amendment 3—which does not mention “sports betting”—HJR 7113 specifically delineated “sports betting” as among the Class III games for which a constitutional amendment would be required. It stated that term “Gambling” means “any of the types of games that are within the definition of class III gaming . . ., including, but not limited to, . . . sports betting.”

That should pretty much end the debate over whether Amendment 3 (now Article X, Section 30 of the Florida Constitution) prohibits the legislative authorization of sports betting. If the proponents of Amendment 3 had intended to include sports betting within the ambit of the constitutional amendment, then they presumably would have gone to the trouble of mentioning it somewhere in the body of the ballot measure—just as they as they did with every other form of Class III gaming. Their failure to do so—particularly given the exacting level of specificity and precision which they accorded to every other form of Class III gaming—speaks volumes here.