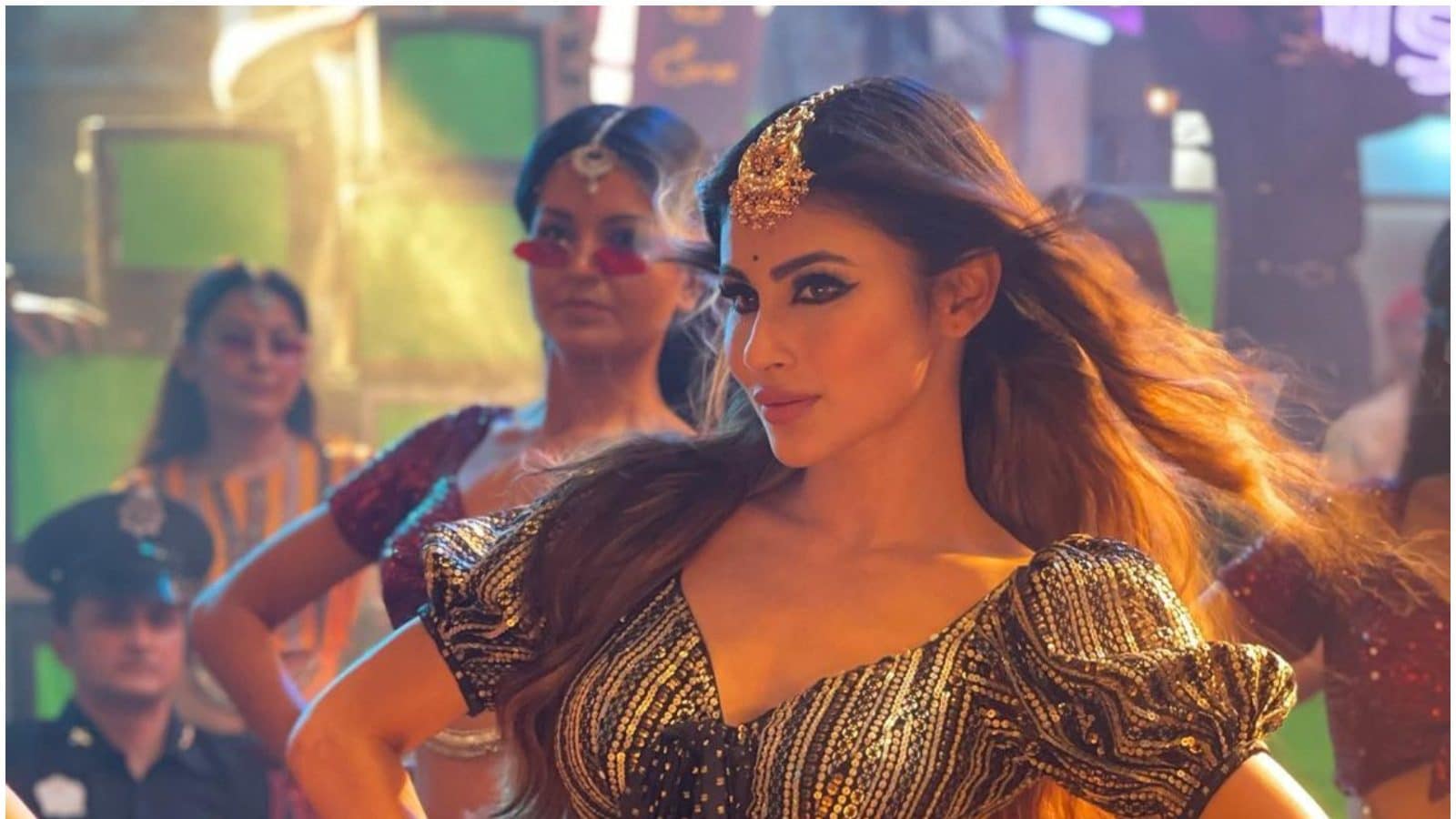 Mouni Roy can be seen dancing to the funky beats of her current music video Disco Balma. She elegantly shows off her sensual and elegant moves.

Fans of Mouni Roy’s stunning looks and dancing videos on her social media account are in for a treat. The actress has recently announced the release of her new dance number, Dance Balma on her Instagram handle,posting a snippet from the music video on September 17. Mouni certainly looks like adiva in her high slit dark lehenga with gold embellishments coupled with a blingy puffy-sleeved blouse. She accentuated her ensemble with maang tika and bangles, and a pair of red shades. She added tothe oomph factor with a dark eye look and a bindi andlooked stunning with her hair left open.

Mouni can be seen dancing to the beats of her current single in the video, displaying her sensual and elegant moves. ABCD fame Lauren Gottlieb has left a comment on Mouni’s post to appreciatiate her work.The post has garnered 217k likes and a number of commentson the picture-sharing platform within the first hour of its upload.

ZeeMusic Co.’s production Disco Balmahas already struck a chord with many Bollywood fans throughout the world. Singer Asees Kaur, composer Sachin-Jigar, and lyricist IP Singh arethe song’s major architects, while director Vijay A Ganguly has given the direction to the upbeat musical video. The complete song can be viewed here:

Previously, the actress shared a carousel post with a number of BTS photos from the same music video.

The diva has lately followed the bandwagon and has appeared in a slew of music videos. She was most recently featured in a video alongside Angad Bedi titledBaithe Baithe.

On the professional front, she will soon be seen in Brahmastra: Part One of Three, an Ayan Mukherji directorial. She’ll be playing the character of Damyanti. Alia Bhatt, Ranbir Kapoor, and Amitabh Bachchan will feature in this action fantasy flick.