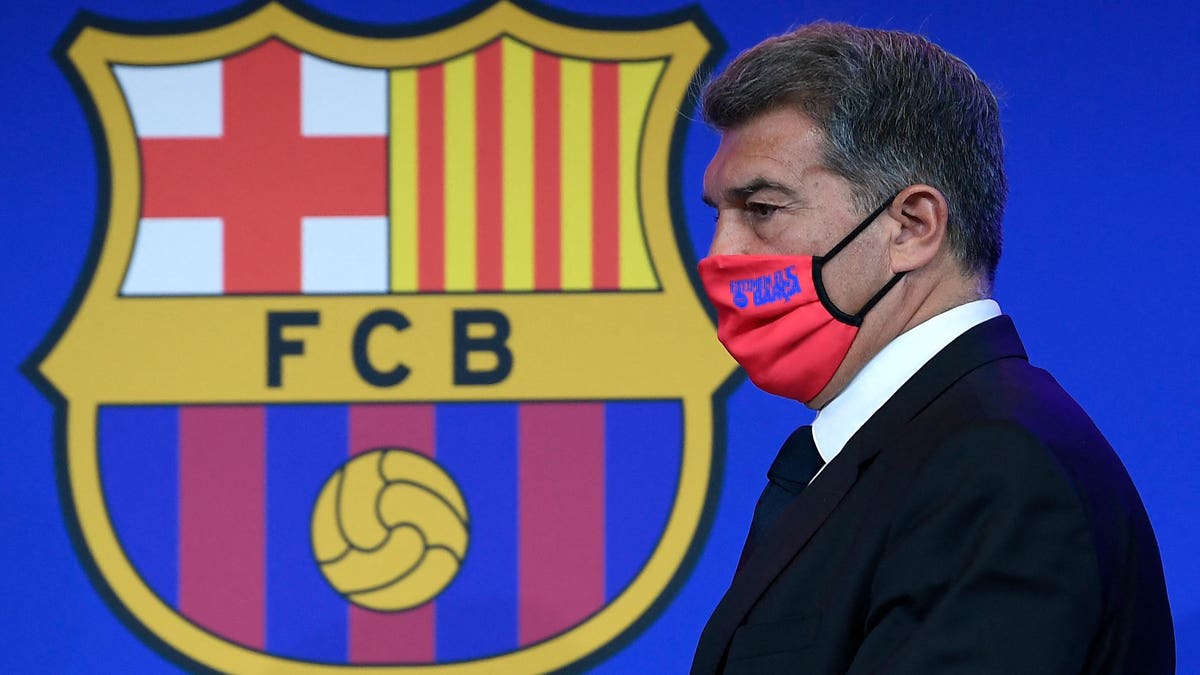 Approaching 10AM in the Catalan capital, an announcement was made that FC Barcelona president Joan Laporta would be speaking at midday to explain the club’s “due diligence”.

And when he did as promised a couple of hours later, it was revealed that the Blaugrana are in much worse financial shape than originally thought.

Abused by some fans in the stands last night, who called him a “liar” in relation to Lionel Messi’s exit after Barca’s 4-2 La Liga opening win over Real Sociedad at Camp Nou, Laporta, to cut him some slack, has always been upfront about the balance sheet and warned members and fans to brace themselves.

“[Former president and predecessor Josep] Bartomeu was plugging holes in the short term and mortgaging the club in the long term. That leaves us a dramatic inheritance,” Laporta explained.

Simultaneously, the blame was also laid at Bartomeu and the previous regime’s feet for the unsustainable wage bill which runs at 103% of total income.

“It isn’t true that the salaries rose to be able to compete with the ‘state clubs’ [such as PSG and Manchester City] and the Premier League
,” Laporta stressed.

“They spent the €220m from the Neymar deal disproportionately and at light speed. That is when the salaries shot up. We’ll have to change the model and invest in [Barcelona’s academy] La Masia, making more proportionate investments with more sporting logic.”

Dismantling Bartomeu’s “lies” one-by-one, Laporta also claimed that the club, as rumored, is “not thinking of selling names like Pedri, Ansu Fati or De Jong – not even for huge sums”.

“Other players we are looking to move out. But the market is what it is,” he said, with Barca working an objective to reduce the annual wage bill by €200m ($235m).

“The due diligence process will be laid out in September and then we’ll establish where responsibility lies,” Laporta confirmed.

“Some issues like ‘Barcagate’ are already being looked at by the courts. It is too soon to say. First we have to ascertain what liabilities there are. I can’t say if we will take legal action.”