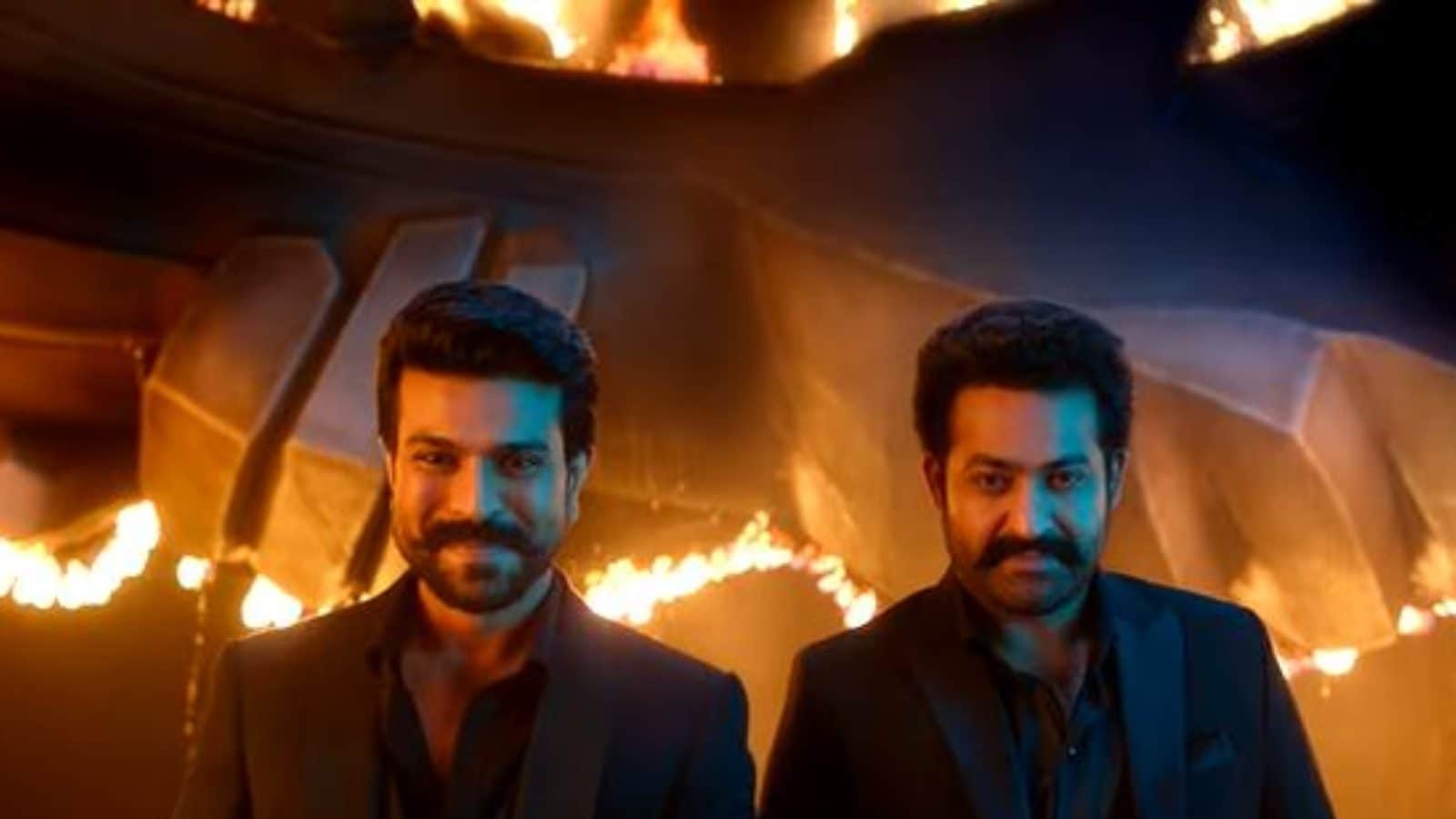 The makers of magnum opus RRR, starring Ram Charan and Jr NTR, have released the first song of the film, titled Dosti on Friendship Day.

On International Friendship Day, the makers of the upcoming Telugu film RRR have dropped the first song of the film. Titled Dosti, the song is sung by and features some of India’s top composers who have worked on the film including M M Keeravaani, Hema Chandra, Amit Trivedi, Anirudh, Vijay Yesudas and Yazin Nizar. By the end of the music video, the stars of the film Ram Charan and Jr NTR also make an appearance in the video.

The video starts with veteran composer MM Keerawani playing a mandolin. We then see the others, dressed in suits appear and sing their parts. The music video of the soulful track has a dramatic setting as see flames in the background. At the end Ram Charan and JR NTR can be seen entering the frame and standing next to the composers. The actors looked dapper in black suits.

Meanwhile, RRR is a fictional tale based on the lives of two freedom fighters in the early 20th century – Alluri Sitarama Raju and Komaram Bheem, played by Ram Charan and JR NTR respectively. The film will focus majorly on the early days of their friendship. Their camaraderie has been beautifully captured in the posters released till now.

Ajay Devgn and Alia Bhatt also play pivotal roles in the film. The pan-India film will have a worldwide release on the occasion of Dussehra, October 13, 2021.