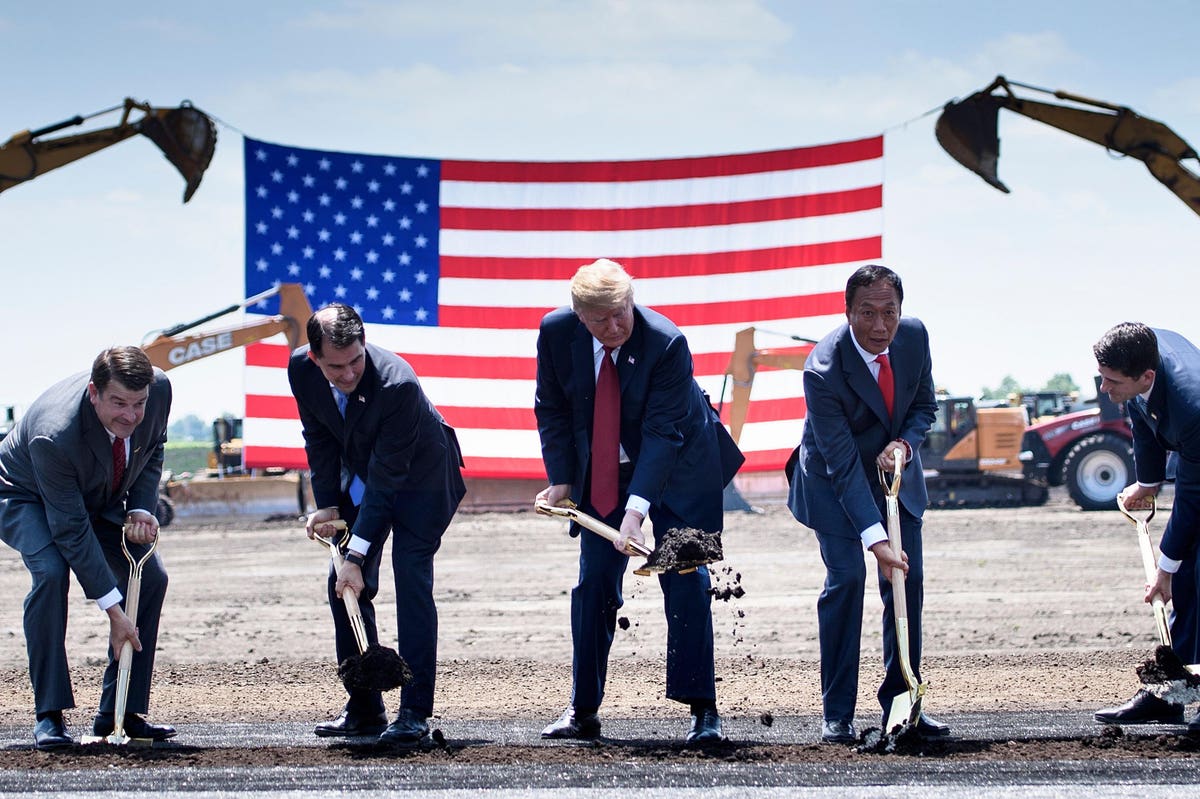 Fisker Inc.’s intention to make low-cost electric vehicles in the U.S. with Foxconn offered hope the Taiwanese manufacturing giant’s massive industrial site in Wisconsin might start to justify the hype that earned it billions of dollars in state subsidies. But as the EV startup firms up production plans, state rules barring automakers from selling directly to consumers are a stumbling block.

Fisker said in May it was reviewing at least four potential sites to produce the PEAR (an acronym for personal electric automotive revolution), designed by the Los Angeles-based company using a new vehicle architecture developed by Foxconn, including the Mt. Pleasant, Wisconsin, facility. It’s a potentially ideal location, but state laws that allow only franchise car dealers to sell vehicles have the company looking at other sites.

Like Tesla, Fisker wants to sell its electric vehicles directly to customers from its website and company stores. That’s a problem in many states where powerful, politically influential dealer groups have helped shape rules to avoid retail competition from auto manufacturers. Elon Musk’s EV powerhouse has fought with state legislatures for a decade to allow Tesla to set up its own stores, including Wisconsin’s. The company has a showroom and service center in Milwaukee, though sales aren’t permitted there. Still, although Texas also bans direct sales from carmakers, Tesla is building a new plant near Austin to produce Model Y hatchbacks and Cybertruck pickups.

Unlike Tesla, Fisker is relying on manufacturing partners to get its vehicles to market rather than building its own plants. Production of the battery-powered Ocean SUV begins in late 2022 at Magna’s vehicle assembly plant in Graz, Austria. Priced from about $38,000, Fisker says it will have 25,000 reservations for the model this year and 50,000 by the time production starts next year.

PEAR will be a smaller, cheaper vehicle designed for urban use and priced from about $30,000 before tax incentives. Fisker hasn’t shared detailed images or features yet, but wants to begin production of it as soon as late 2023. It plans to have capacity from Foxconn to produce up to 150,000 units annually. But just where that will happen remains to be seen.

“We have voiced our opinion on” Wisconsin’s auto sales rules, Henrik Fisker says, without elaborating. “I hope that maybe they will consider putting something through that would enable us.”

David Callender, a spokesman for the Wisconsin Economic Development Corporation, declined to comment on the matter.

Foxconn’s Wisconsin facility, which qualified for tax breaks worth an estimated $4 billion when it was announced in 2017, has become a white elephant that’s fallen far short of expectations. The company didn’t follow through with an initial goal of building a $10 billion flat-screen panel manufacturing operation and hiring up to 13,000 people. The Taiwanese company and Wisconsin in April reached a new deal with reduced tax breaks for a much smaller manufacturing facility there, though details of Foxconn’s new plans for the Mount Pleasant site haven’t been disclosed.

The facility’s location, near the heart of U.S. automotive and parts manufacturing, transportation networks, water, sewer lines and other industrial necessities make it a standout site that impresses career auto designer Fisker.

“It’s not just one facility, it’s an industrial park and I was really amazed by the type of work that’s been done by Foxconn and the infrastructure that has been done by Wisconsin,” he said. “This is an amazing site, quite frankly, also in terms of fiber-optic fiber cables, generators for electricity that have been put in, it’s clearly an amazing place to produce a car.”