For Biden, Images of Defeat He Wanted to Avoid 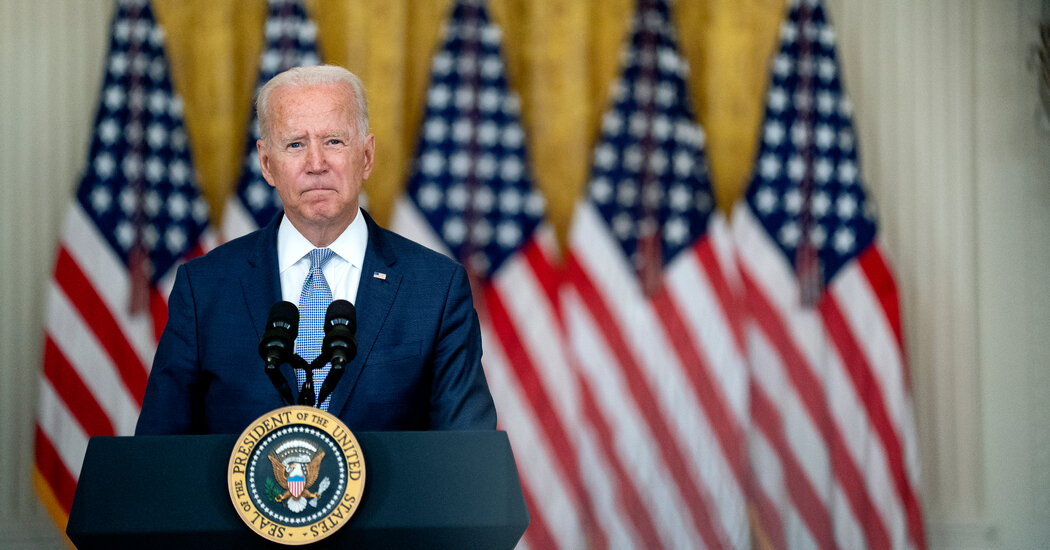 On Sunday, Mr. Biden was publicly silent. The White House released a photograph of him in a video briefing at Camp David. He appeared alone in the photo, his aides beaming in. And it was left to them to explain why he thought, in July, that the Afghan forces would put up a tough fight.

Republicans leapt on the images of Americans being evacuated, naturally, and of Ashraf Ghani, the country’s president, who fled without a succession plan and without a deal with the Taliban about the future governance of the country — an agreement envisioned in the Trump-era deal.

Some of those Republicans had short memories. Many cheered on President George W. Bush when he ordered the invasion of Afghanistan to rout Al Qaeda. They went along when he kept adding objectives: sending girls to school, building a model democracy, re-envisioning the Afghan military as a miniature version of United States forces, even if that model didn’t fit.

They applauded when Mr. Bush, in his second inaugural address in 2005, declared it would be the mission of the United States to promote democracy around the world. A decade later, they cheered Mr. Trump for saying America would get out of unwinnable wars. On Sunday, they chastised Mr. Biden for carrying through on the strategy, as if it would be cost-free.

“I think it’s an unmitigated disaster,” Representative Michael McCaul of Texas said on CNN’s “State of the Union” on Sunday, contending that Afghanistan would return to “a pre-9/11 state — a breeding ground for terrorism.” Secretary of State Antony J. Blinken countered that the U.S. ability to detect, track and kill terrorists was far greater than it was two decades ago.

But Mr. McCaul, the top Republican on the House Foreign Affairs Committee, seemed to be trying out themes for the next election season when he said of Mr. Biden: “He could have planned for it. He could have had a strategy for this.”

Now, he said, “there is still no strategy other than race to the airport and evacuate as many people as you can.”