Fragrance Maker Dares to Sniff ‘What Life Really Smells Like’ 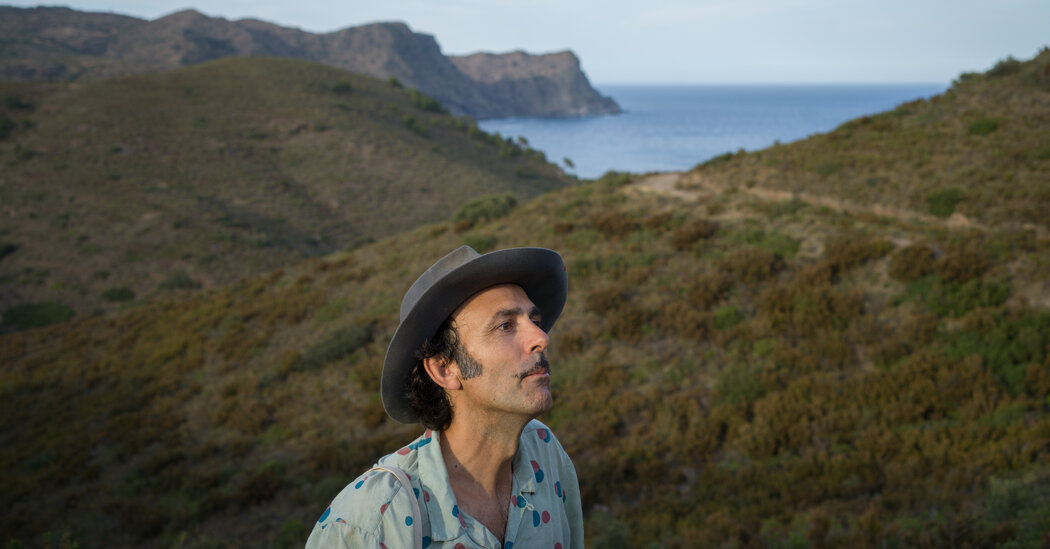 CAP DE CREUS, Spain — Of all those wishing a swift end to the pandemic, few have reasons as obsessed with the olfactory as Ernesto Collado, an actor turned fragrance maker whose workshop sits in a village in the northeast corner of Spain.

The pandemic brought masks, which severed humanity from its sense of smell, “the sublime which is right here,” as Mr. Collado calls it. And it brought the possibility that the virus could leave him unable to smell anything, which had happened to him briefly years ago and caused a kind of existential crisis.

Then there was the future of his smelling tours, which he pioneered in his native Catalonia, and which, for a time, had seemed under threat as well.

The tours were back, for now, and Mr. Collado was recently with a group that had followed him to the top of a hill in Cap de Creus, a rocky headland above a dark blue sea about 15 miles south of France. They stopped at a wild rosemary bush, where he crushed a sprig between his hands and told the visitors to inhale.

“Smell goes directly to your emotions, you are crying, you don’t know why,” Mr. Collado expounded as the others leaned in. “Smelling has a power that none of the other senses have, and I must tell you now, it is molecular, it goes to the essence of the essence.”

Mr. Collado pointed to the man beside him. A hot breeze from the cliffs moved millions of molecules between them suddenly.

“When I smell him, in reality I am entering into a level of intimacy more intense than if we slept in bed together,” he said.

The rocky shore where the perfumer walked, and philosophized, is best known as the backdrop of paintings by the Surrealist Salvador Dalí, and Mr. Collado, in his own way, sees himself as an artist leading a movement too. He aims to recover what he calls “smelling culture.”

“What is that plant?” asked a woman passing by.

Mr. Collado stood in front of a mangy bush with a crisp, earthy odor. It was loved, he said, by the monks of Sant Pere de Rodes, a ruined monastery up the cape who put it in their tea.

It was vitex agnus-castus, also known as the “chaste tree.” That was ironic, Mr. Collado said, because it was also “possibly the aromatic plant with the most aphrodisiac power in all of the Mediterranean Basin.”

The woman pulled some leaves and thrust them at her husband. “Take it,” she said.

The world does not lack scents, Mr. Collado believes. But it lacks authentic scents. Chanel No. 5, meant to evoke rose and jasmine, is also laced with synthetic compounds. Few people know the scent of real vanilla anymore, he lamented, having only artificial flavoring.

“We have never had so many fragrances around us,” Mr. Collado said, one afternoon in his home. “But at the same time, we have no idea of what life really smells like.”

As Mr. Collado sees it, this has to do with the fact that unlike what he called our more “privileged” senses like sight and hearing, smell has been pushed aside, “absolutely denigrated through centuries because smell reminds us that we are just animals,” he said.

He launched into a brief history of smell: how the root of the word “perfume” means “smoke” in Latin, a reference, he imagines, to juniper burned by cave men; how the colonization of the New World flooded Europe with the previously unknown scents of chocolate and coffee; and how the grimy smells of London and Paris during the Industrial Revolution marked a turning point.

“There came this sudden obsession with sterilizing and disinfecting,” he said, adding, “now everyone must smell absolutely neutral.”

Mr. Collado has tried to create real world smells in his fragrance factory, where he draws inspiration from Catalan nature. His company’s name, Bravanariz, translates to something like “brave nose” in Spanish.

Part storeroom, part laboratory, it sits on the bottom floor of his home in a stony village, Pontós, north of Barcelona. There are cologne bottles and vats of oily liquids — but please, don’t call any of it “perfume.”

If Dalí painted melting clocks with these same landscapes in the background, then Mr. Collado has made the scent of this scenery his subject. He harvests rockrose, a Mediterranean shrub with evergreen leaves and white petals. He makes a tincture out of sea fennel, an edible plant that has a salty tang recalling the ocean.

He mixes these and other scents together to produce Cala, a fragrance he sells.

Rotten seaweed pulled from the shore and resin pressed from lentisk, a tree mentioned in “Don Quixote,” are also part of his quest for local scents.

Mr. Moreno said he cried the first time he smelled one of Mr. Collado’s fragrances. It was Muga, a scent, that, according to its marketing material, may cause one to “sense the silent sexuality of rosemary, immortelle, thyme and lavender.”

Mr. Collado grew up hearing tales about perfume from his grandfather, José Collado Herrero, who formulated some of Spain’s best-selling perfumes in the early 20th century. But Mr. Collado first made his name as an actor on Spanish television, and as a theater director.

The turning point came when Mr. Collado began to experience phantosmia, a condition also known as olfactory hallucination. He lost his ability to smell except for a single, unpleasant scent that seemed to surface on everything, even his children.

Mr. Collado was told he would have to relearn how to smell through practice, much like a stroke patient must learn how to talk again.

He began with a sprig of rosemary.

“For two or three weeks there was nothing,” he said. “But then one day the smell got to my brain, and I was immediately brought back to childhood, it was like someone smacked me in the face.”

Mr. Collado trained himself to smell the other plants around his home. It was the start of an obsession that led him not just to mixing his own fragrances, but to becoming a kind of evangelist of the nose itself.

On a hot summer afternoon, Mr. Collado was out in another landscape whose scent he was seeking to capture.

In this field, stretching to the foothills of the Pyrenees, there was Spanish lavender and rosemary, used for the “head notes” of his scents — what you smell after you first put a fragrance on. And there was the flower known as immortelle, which forms “middle notes,” whose scent remain after the first vanish. A plant called jara, cleared by farmers as a weed, was what scent makers call a “fixative,” used to slow the rate of evaporation.

He grabbed a bunch of dry leaves and crushed them between his palms.

“I formulate with my hands and what I have here is almost a perfume,” he said as he extended the leaves for a whiff.

His approach is the exact opposite of what most perfumers do, he said. They isolate scents, making something artificial. He combines them, embracing the strange smells of it all.

“Why I do this is because there is nothing more complex than nature,” he said. “We should be complex, but we have a problem with accepting our complexity and contradiction in ourselves.”