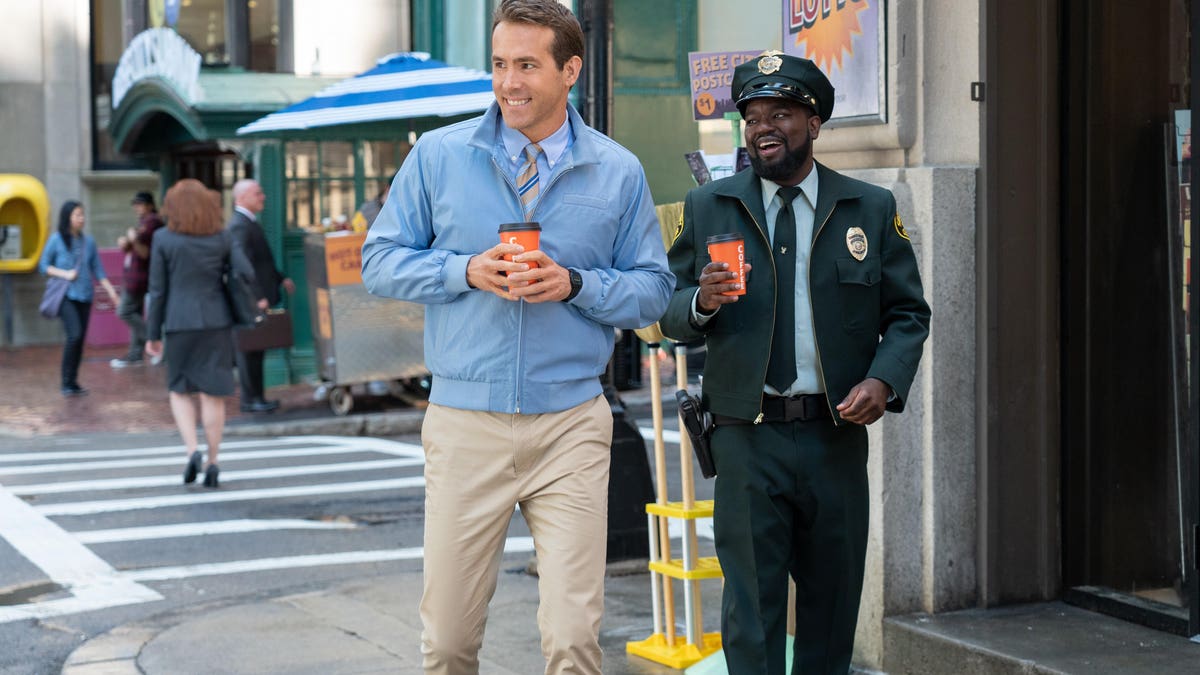 20th Century Pictures’ and Walt Disney’s Free Guy opened last night with $2.2 million in Thursday preview grosses. The film is notable as this summer’s last big movie, unless you count Labor Day’s Shang-Chi and the Legend of the Ten Rings as a summer release. Either way, it is/was a rarity even in pre-Covid times. Directed by Shawn Levy and starring Ryan Reynolds and Jodie Comer, Free Guy is a big-budget ($100-$125 million) Hollywood original with an old-school star+premise hook and not based on any prior source material. Such a thing would be commercially perilous even in better times. And if the movie needs any more arguably undue pressure, it’s Disney’s first “big” theatrically-exclusive release since the pandemic began. Free Guy will get 45 days of theatrically exclusivity before ending up on Disney+ and/or PVOD platforms.

The well-reviewed action-comedy/romantic-fantasy earned $2.2 million in Thursday previews. That’s not far off from the $2.7 million earned by Jungle Cruise which went on to open with $35 million. If Free Guy performs likewise, then we’re looking at a $28.5 million, which would be a massive over-performance on a Covid curve and frankly a halfway-decent opening for a star-driven original even in non-Covid times. Conversely, a more frontloaded weekend (think The Suicide Squad and Black Widow, both of which earned around 16% of their weekend grosses on Thursday) would point toward an over/under $15 million debut. Thursday-to-weekend legs like F9 ($70 million from a $7.1 million Thursday) would get Free Guy to $21 million. That would classify as a “successful disappointment,” but I wouldn’t be shocked to see the crowdpleaser leg out over the next month.

Sony is reporting $965,000 in Thursday previews for Don’t Breathe 2. The five-years-later (!) sequel to Screen Gems’ sleeper smash ($155 million worldwide on a $9 million budget) slightly repositions the film’s villain/boogie man (Stephen Lang as a blind war vet violently defending his house from young home invaders) into a vaguely noble anti-hero. It’s a tough pill to swallow (no spoilers, but the guy had a secret in his basement), yet it frankly mostly works right up until the end when the film seems to overcompensate in acknowledging the events of the previous film. Anyway, nobody was expecting comparable numbers for this sequel even in better times. The original earned $1.9 million in Thursday previews, or 7% of its weekend take. A similar performance would give Don’t Breathe 2 a $13.4 million debut weekend.

Considering it’s a $10 million sequel to a $9 million original, anything close to a $10 million debut weekend will be a relative win, even if it might otherwise count as a “successful disappointment.” However, Escape Room 2: Tournament of Champions earned just $8.8 million in its debut from a $1.2 million Thursday preview gross. So theoretically Don’t Breathe 2 could be heading toward a $7 million debut weekend, which would be a relative miss even if we’re dealing with a $10 million release. As I’ve said over and over again, there’s a reason Hollywood mostly kept their horror movies as slated during the summer season. They are cheap enough and low-stakes enough to not require record-breaking box office. Also opening this weekend is Respect, MGM’s Aretha Franklin biopic starring Jennifer Hudson.