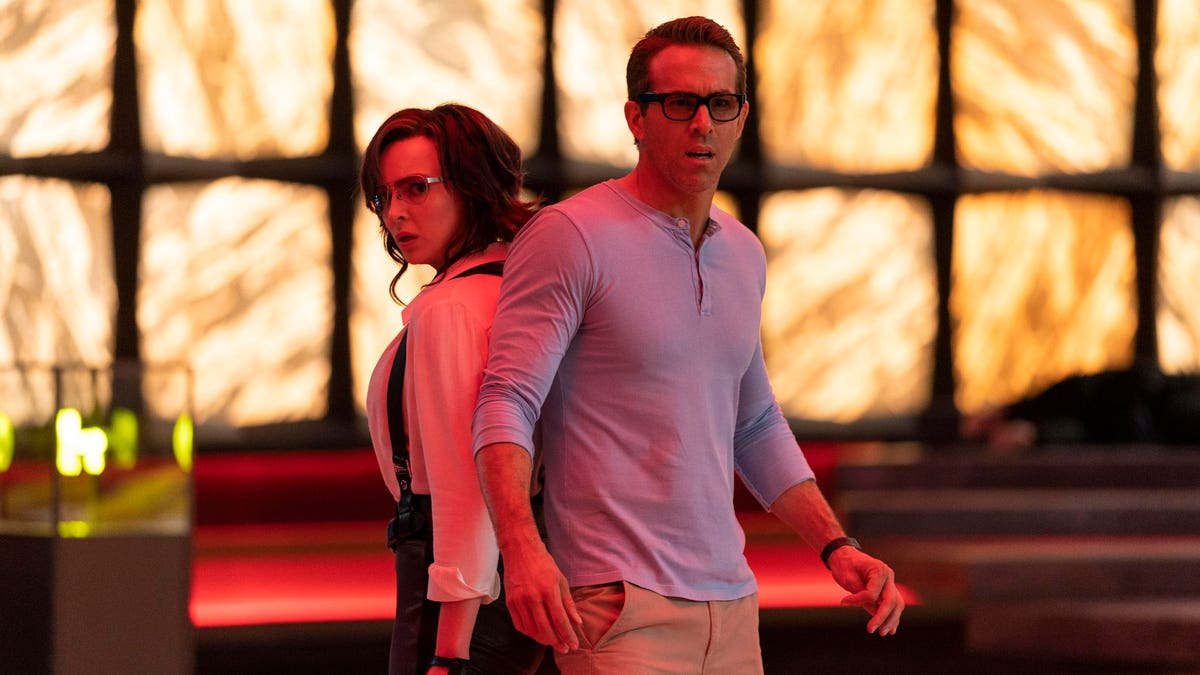 In holdover news for yesterday, Ryan Reynolds and Jodie Comer’s Free Guy parlayed good reviews, decent buzz and the whole “only in theaters for now” variable into a strong second-weekend hold. Shawn Levy’s original video game-specific fantasy comedy earned $5.185 million (-50%) on its second Friday to bring its eight-day cume to $45 million. That positions the over/under $115 million flick for a $17 million weekend, which A) is a drop of just 39% and B) frankly about what many of us feared it would open to on its opening weekend. The crowdpleaser will have $57 million domestic by tomorrow, and $100 million domestic is possible after a hold like this.

Aside from Disney’s own Shang-Chi on Labor Day, and Disney films playing concurrently don’t tend to cannibalize each other (see summer 2018, when Avengers: Infinity War, Incredibles 2 and Ant-Man and the Wasp all earned best-case scenario box office and even Solo topped $200 million domestic), Free Guy is the only “new” four-quadrant, family-friendly game in town. It’s the last such film until, we hope, No Time to Die on October 8 and Venom: Let There Be Carnage on October 15. The rest of the best are either horror movies (Candyman, Malignant, Halloween Kills) or adult-skewing flicks (Queenpins, Dune, The Many Saints of Newark, Cry Macho, The Eyes of Tammy Faye, etc.).

Now that doesn’t mean Free Guy is yet a theatrical hit, as the overseas market is as compromised as the domestic one is and I can only hope it’ll break out in China next week. But a star-driven fantasy comedy original would have been a commercial coin toss even in better times, especially as Ryan Reynolds’ bankability outside of Deadpool is… uh, I hear his gin is delicious. But Free Guy is yet more proof, alongside A Quiet Place Part II and F9, that some semblance of theatrical exclusivity absolutely matters for big flicks. it also means that budgets still can make a difference between “yay” and “nay.”

The film could well end up with around $110 million domestic, or on par with Central Intelligence ($126 million) and Rampage ($101 million). Yes, the overseas markets are heavily compromised and we don’t know how well it has done on Disney+ ($45 million as of two weeks ago), but the budget meant that it had to pull best-case-scenario revenue (be it from box office and/or Disney+ Premier Access). However, that it’s holding up despite Disney+ availability is an encouraging sign for this kind of pandemic-era strategy. Unless Marvel’s (very good) Shang-Chi goes bonkers theatrically, I expect Disney to offer a hybrid release for as many upcoming releases (Eternals, Encanto, etc.) as they can.

The Suicide Squad earned $1.29 million (-58%) on Friday for a likely $3.14 million (-58%) weekend. That’s a miserable $49 million 17-day cume, although the film logged around four million HBO Max households over its first ten days (behind only the five million earned by Mortal Kombat in ten days). We’re looking at a domestic finish on par with Fantastic Four ($56 million from a $25 million debut in 2015). The whole HBO Max/theaters strategy turned WB’s 2021 slate into glorified loss leaders, but some films will lose more than others. That we’re getting a James Gunn-created Peacemaker show and (allegedly/possibly) a Misha Green-directed Black Canary movie for HBO Max means that streaming may be where DC Films puts its primary focus.

M. Night Shyamalan’s Old earned $320,000 (-54%) on Friday for a likely $1.07 million (-55%) weekend and $45.113 million 31-day total. It’s on track to triple its $18 million budget domestically and possibly quintuple it worldwide. Marvel’s Black Widow will pass the $180 million mark as it wraps up its domestic run, with $1.01 million (-47%) in weekend seven. Disney is reporting that the film has earned $125 million in all streaming platforms. That is almost as leggy from a $60 million Disney+ debut as the film’s domestic theatrical run. It may imply that if Scarlett Johansson got a comparable cut of the streaming money there might not have been much financial harm from the hybrid release.