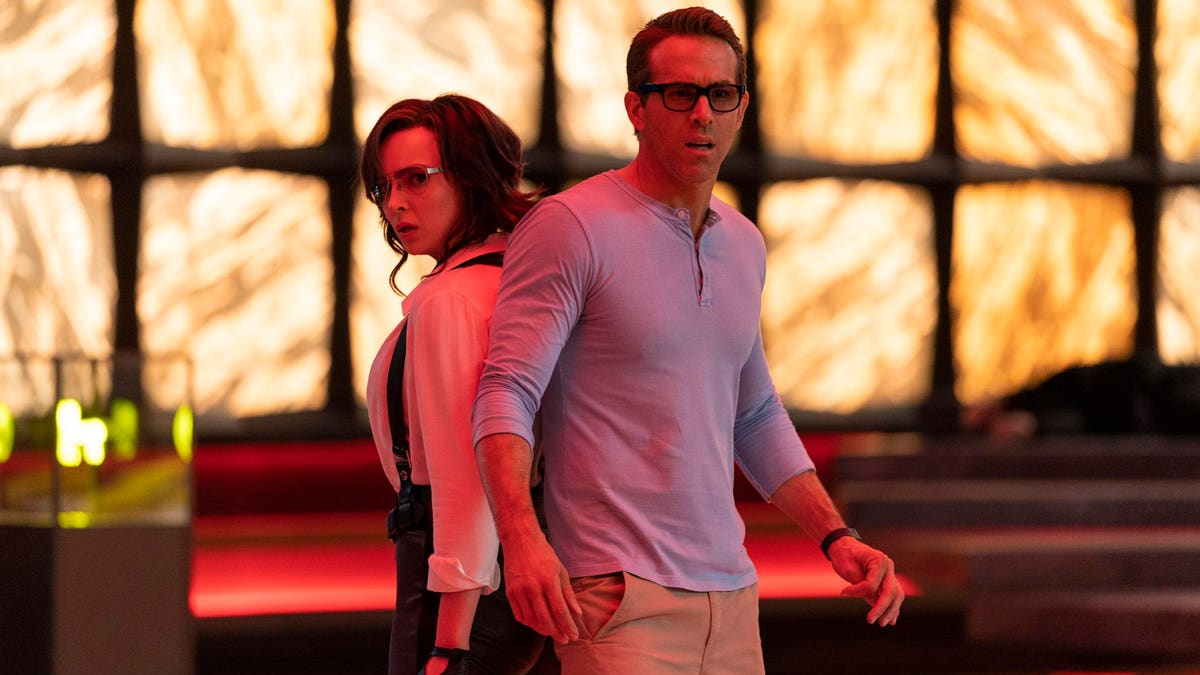 Furthering the notion that the underperformance of last weekend’s biggie wasn’t entirely about the circumstances in which it was released, Free Guy topped the box office last night with a decent $10.5 million Friday gross. That includes $2.2 million in Thursday previews, and points to a $26 million opening weekend. Considering we’re talking about an original, star-driven Hollywood biggie ($100-$125 million), starring an actor (Ryan Reynolds) who has long struggled commercially outside of his marquee Deadpool role, I’d be inclined to argue that this one would be a halfway decent opening weekend even in non-Covid times. And in our current Covid-stricken environment, it’s almost miraculous. Right or wrong, it’s certainly going to add fuel to the “theatrical exclusivity still matters, dammit” fire. It’s Disney’s first “big” theatrical-only release since the pandemic began.

That’s especially true with generally positive reviews (81% fresh and 7/10 average critic score on Rotten Tomatoes), an A from Cinemascore and its positioning as the last biggie of summer (depending on how the Labor Day release of Shang-Chi fits into this). With most of what’s coming over the next two months being horror (Malignant, Candyman, The Night House, etc.) or adult-skewing flicks (The Card Counter, Queenpins, Reminiscence, etc.). With Venom: Let There Be Carnage pushed to October 15, there’s only Marvel’s Shang-Chi and the Legend of the Ten Rings as real four-quadrant competition until (fingers-crossed) No Time to Die in early October. So, yeah, I wouldn’t be surprised to see some real legs on this thing. Maybe the tagline “They needed a hero, they got a guy” was accurate after all.

It doesn’t hurt that A) it’s a pretty fun movie and B) the marketing told you almost nothing about it (including that Jodie Comer’s co-star far more than a fantasy fighting f*** toy), so the sense of viewer discovery will be very real. Like Cruella (which has earned $225 million worldwide, not counting the Disney+ Premier Access revenue, on a $100 million budget), Free Guy was far more responsibly budgeted that the likes of Jungle Cruise ($200 million), Space Jam: A New Legacy ($150 million) and The Suicide Squad ($185 million). That doesn’t yet mean Free Guy is a hit. In normal times, it’d be hoping for $100 million domestic and $200 million worldwide with a possible boost in China. But the opening day (and presumably opening weekend) is enough to inspire some optimism.

Meanwhile, Sony released Don’t Breathe 2 into the wild this weekend, around five years after its overperforming ($155 million worldwide on a $9 million budget) predecessor. This time out, the murderous blind former Navy Seal (Stephen Lang) is something of an anti-hero, fending off truly vicious home invaders who want to abscond with the young girl in his care. It’s a skewed turn, especially if you remember the events of the first film (spoiler: He had a secret in his basement), but I’d argue horror is supposed to be at least a little unpleasant. And frankly the turn mostly works until the very end which feels like an old-school Hayes Code requirement. Anyway, the film earned $4.365 million on Friday, including $965,000 in Thursday previews. That positions the film for a $10.35 million debut weekend.

Yes, that’s way below the $26.5 million launch of Screen Gems and Stage 6 Films’ Don’t Breathe in August of 2016, but a drop between installments was always going to happen. It’s not like the world was waiting with baited breath for the next installment of Norman Nordstrom’s violent adventures, although that this one cleared $10 million for the weekend implies at least some marquee character status. In normal times, this sequel, directed by Rodo Sayagues and penned by Sayagues and original Don’t Breathe helmer Fede Alvarez, likely would have been a “success” at $15 million, so this opening (on a mere $10 million budget, natch) absolutely qualifies as a successful disappointment. And that this got a sequel at all again proves the value of reasonably budgeted original programmers.

MGM’s Respect earned $3.53 million on Friday. That positions the Aretha Franklin biopic, starring Jennifer Hudson as the musical legend, for a likely $9 million debut weekend. That’s not far off from the $12 million launch of Harriet (to compare PG-13 biopics about famous Black women) in pre-Covid times, although this one somehow cost $55 million to produce. With the important caveat that the film was budgeted in pre-Covid times, and likely with the hopes of riding along a conventional awards season (if only for Hudson’s lead performance), this one has plenty of work. Would this have been a bigger hit in better times? Maybe, or maybe it would have performed no better than Chadwick Boseman’s James Brown biopic (Get On Up) which earned $33.3 million on a $30 million budget in August of 2014.