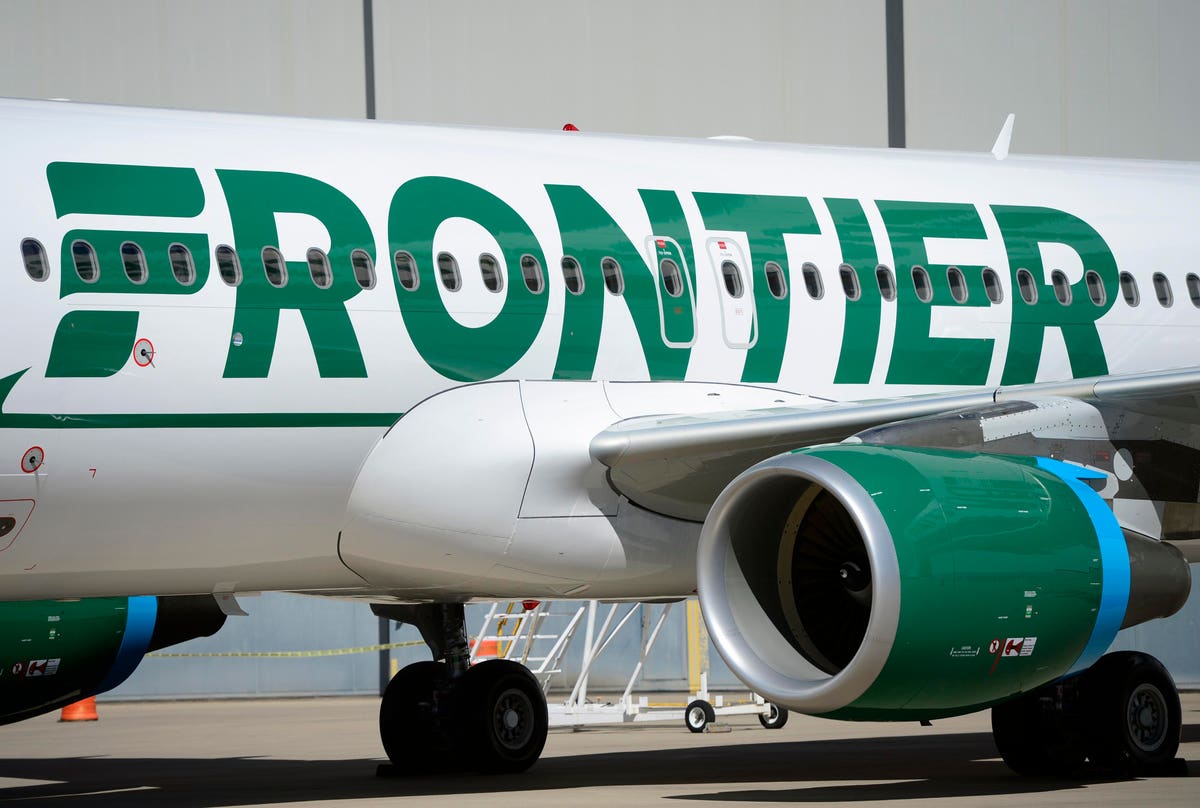 An unruly Frontier Airlines passenger allegedly groped two flight attendants and punched a third last weekend, forcing airline staff to tie him down with tape, as the air travel industry’s gradual recovery from Covid-19 gives way to a surge of violent incidents in the skies.

Maxwell Berry, 22, of Ohio wrapped his arms around two flight attendants and grabbed their breasts during a Frontier Airlines flight from Philadelphia to Miami on Saturday, the Miami-Dade Police Department said in an arrest report.

Berry allegedly punched a third flight attendant who tried to calm him down, leading a crew member to restrain him and tape him to his seat for the rest of his flight, a moment captured in a series of now-viral cell phone videos obtained by Miami TV station WPLG.

After the flight arrived in Miami, Berry was arrested by local police and charged with three counts of battery, but FBI agents who responded indicated they don’t plan on pursuing federal felony charges, according to court records and the arrest report.

Berry consumed two alcoholic drinks before the incident, and he ordered a third drink but spilled it on himself, the arrest report said.

Frontier Airlines confirmed to Forbes that an unruly passenger “made inappropriate physical contact with a flight attendant and subsequently physically assaulted another flight attendant,” forcing staff to restrain him.

In a statement to Forbes, the Federal Aviation Administration — which investigates reports of unruly passengers — didn’t comment on Berry’s case but said “cabin crews are responsible for deciding how to respond to unruly-passenger incidents.”

Frontier Airlines says the flight attendants involved in Berry’s case were “relieved of flying” and placed on paid leave while the incident is investigated. The airline initially said the flight attendants’ removal from service was required, but in an updated statement issued Tuesday, it called their removal “in line with an event of this nature” and said it’s “supporting the needs of these team members.” An FAA spokesperson told Forbes the government agency does not mandate this kind of suspension, though it could be due to an internal airline policy.

The Association of Flight Attendants, a labor union representing inflight crew at Frontier and several other airlines, criticized Frontier for removing flight attendants from service and vowed to fight the suspension. “Management suspended the crew as a knee-jerk reaction to a short video clip that did not show the full incident,” union President Sarah Nelson said in a statement Tuesday. “Management should be supporting the crew at this time not suspending them.”

Aviation authorities and flight attendants have reported a startling uptick in unruly, abusive and physically violent passengers this year, as air travel gradually returns to pre-pandemic levels. Many of these incidents are tied to passengers refusing to wear masks: The FAA says it’s received over 3,700 reports of unruly passengers this year, 73% of which are mask related, and the Transportation Security Administration said it opened over 1,700 mask compliance investigations between the beginning of the year and late June. Some incidents have also been tied to drunk passengers, leading at least three major airlines to roll back or suspend inflight alcohol service earlier this year.

The FAA responded to this uptick in January by instituting a “zero-tolerance” policy, promising to pursue fines and other penalties against all passengers who assault or threaten airline crew, instead of letting them off with warnings. In a June open letter, airlines and labor unions urged the Department of Justice to go even further and start criminally prosecuting the most dangerous passengers, a move they said would “send a strong and consistent message.”