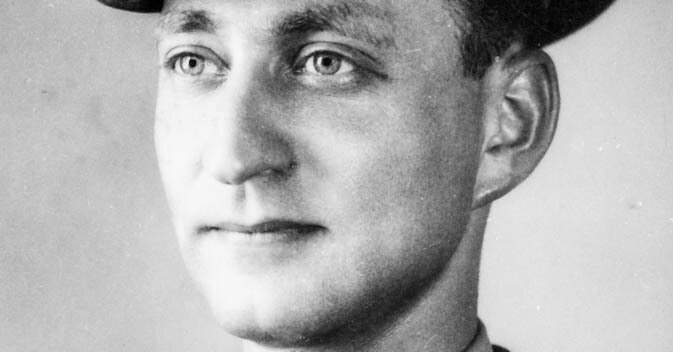 In Mr. Beyer’s documentary, Mr. Seltzer recalled his early reaction to being told that the purpose of the 23rd’s preparations was to have the enemy fire at him and his fellow soldiers.

“We came to the conclusion,” he said, “that this was a suicide outfit.”

Mr. Beyer said that three members of the Ghost Army were killed and about 30 wounded. He suggested two reasons for the relatively small number of casualties: The unit projected great force through its deceptions, possibly repelling the enemy; and the soldiers were not always at the front, which minimized their vulnerability.

After the war, Mr. Beyer returned to architecture. Over the years he designed the Utica Memorial Auditorium in Utica, N.Y. (now the Adirondack Bank Center), which is renowned for its cable-suspended roof system; buildings at West Point and the U.S. Merchant Marine Academy; and the East Coast Memorial in Battery Park, in Lower Manhattan, which honors soldiers, sailors, Marines, Coast Guardsmen, merchant mariners and airmen who died in battle in the Atlantic during World War II. He continued to work until January 2020.

In addition to his son, Mr. Seltzer is survived by two grandchildren and three great-grandchildren. His wife, Molly (Gold) Seltzer, died in 1994.

One night in July 1944, soldiers of the 603rd were on a farm in Normandy, where they moved an antiaircraft battery and replaced it with a rubber one, part of an operation to cover the movement of the Second Armored Division with dummy tanks and guns to fool the Germans into thinking the division had not left.

The farmer, who was angry about the noise that had been made by the real guns, approached the soldiers and said, “Encore boom boom?,” banging his fist on a gun, not knowing it was a fake.

“His hand bounced up and down and he said, ‘Boom boom ha ha,’” Mr. Seltzer told Mr. Beyer in the interview filmed for the documentary but not used. “That became a byword in the 603rd.”