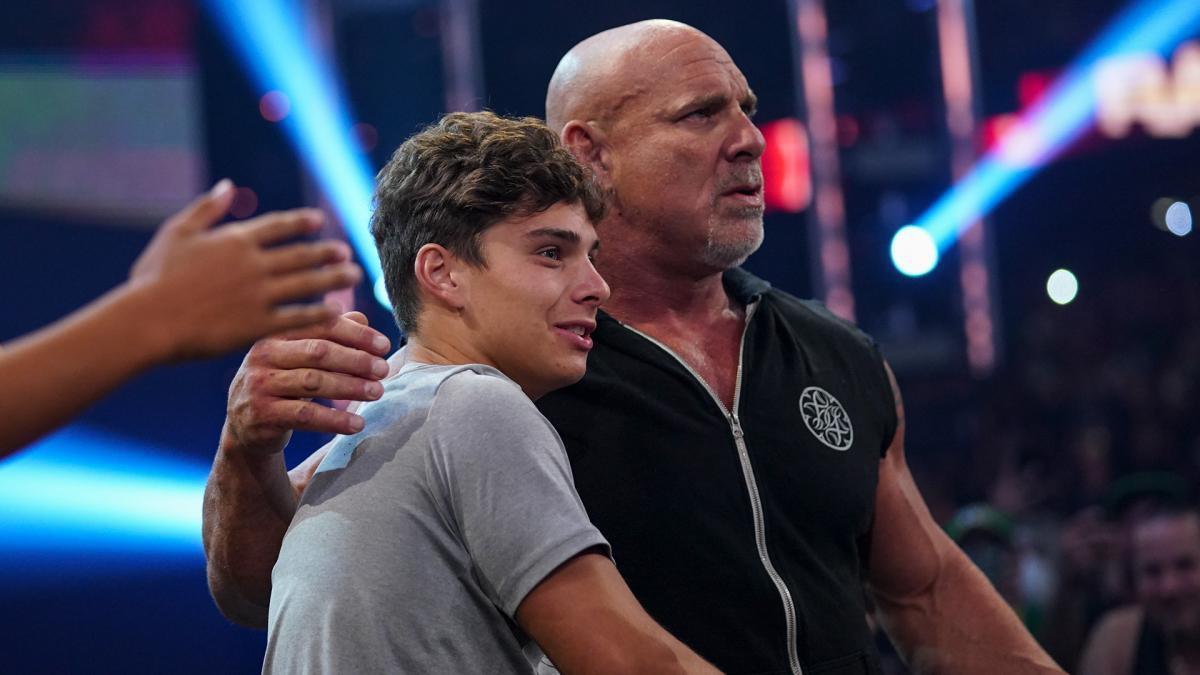 When Bill Goldberg made his return to the WWE in 2016 after 12 years away from the company, the fans absolutely ate it up.

Goldberg didn’t do anything except come out to his old theme and tease a challenge to Brock Lesnar.

That’s all it took for the crowd to be eating out of the palm of his hand. Fast forward five years later and the fans have had enough of, “Who’s Next?”

In a seven-minute dud at WWE Summerslam, Goldberg lost to Bobby Lashley in the WWE Title match. The match came to an end when Goldberg’s leg became an issue following an attack by Lashley’s manager, MVP, as he used his cane to halt his momentum.

Lashley then capitalized on the interference by continuing to attack Goldberg’s leg, including throwing him leg first from the outside of the ring into the ring post. This led to an eventual ref stoppage.

There were several concerning issues from this match when it relates to the creative direction of Goldberg — some of which didn’t just start tonight.

Let’s start with what was transparent from Goldberg’s latest debacle on a WWE pay-per-view event.

We all know what we’re going to get out of Goldberg — especially at this stage of his career. At 54 years old, the wrestling legend is more limited than ever.

With that being said, we could always count on the crowd being behind “the man.” However, that’s no longer the case.

Fans are so sick of Goldberg that not only are they not cheering him, they’re actively booing him. To top it off, the Las Vegas crowd cheered Lashley when he’s clearly the heel.

An attack on Goldberg’s 15-year-old son from the WWE Champion actually led to cheers from the Allegiant Stadium crowd.

In fact, there was zero sympathy for Goldberg after he was not only soundly defeated by Lashley due to having his leg destroyed, but even after his teenage son was put in a Lashley lock and left knocked unconscious.

This doesn’t come as a surprise. In fact, this turn on Goldberg from the fans has been years in the making.

When the former WCW legend made his return in late 2016 and continued appearing periodically until Wrestlemania 33, it was fresh. More importantly, the WWE managed to make a 50-year-old Goldberg appear dominant — the whole point of the character.

However, in the ensuing years since, not only has Goldberg’s dominance completely diminished, fans have been exposed to his limitations more than ever. Worst of all, these flaws are on display in marquee matches in world title matches.

Making matters even worse is that these feuds make zero sense. Goldberg continues to cut the line for championship matches despite not being featured on WWE television for months at a time.

It was one thing for Goldberg to lose to Lesnar at Wrestlemania 33 to cap off the feud. Lesnar has been the most dominant WWE superstar of the past decade. And it came after the former beat Lesnar in two previous one-on-one matches, including eliminating him at the 2017 Royal Rumble.

Now we’re in 2021 and Goldberg has lost four of his past five matches. He lost to an aging Undertaker in a stinker of a match in Saudi Arabia in 2019. After defeating Bray Wyatt for the Universal Title — a match that took place due to a challenge over satellite — he would then lose to Braun Strowman at Wrestlemania 36.

Since then, Goldberg has lost to Drew McIntyre — another feud that didn’t make any sense — and now Lashley.

The Goldberg character has evolved from a dominant superstar into one that is vulnerable due to being a “family man.”

While the WWE is trying to illicit sympathy from the crowd, it’s not working — it’s resulting in a backlash, if anything.

Based upon how this match was booked and how it ended, it seems like the WWE is trying to extend this feud even longer. With the WWE planning to return to Saudi Arabia in October of 2021, it would appear Goldberg vs. Lashley for the WWE Title is on the horizon.

A rematch that absolutely no one wants to see.

If the WWE’s plan was to “save face” for Goldberg as he was absolutely annihilated by Lashley, they’re fools. If it was WWE’s thinking that having Goldberg’s son physically assaulted by the heel champion would garner sympathy, they were naive in doing so.

Through bad booking and a complete misunderstanding of the Goldberg character, the WWE has destroyed the aura and appeal of the superstar.