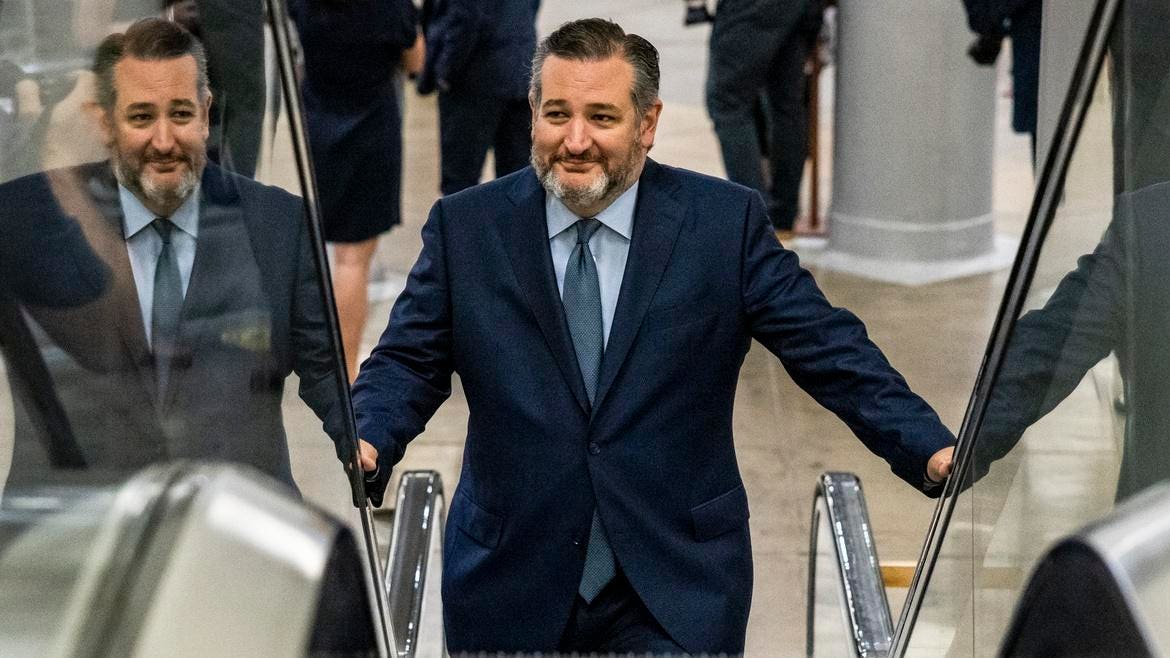 Sens. Ted Cruz (R-Texas) and Kevin Cramer (R-N.D.) on Monday proposed longshot bills aimed at banning mask and vaccine mandates – the national component of a GOP push in statehouses across the country to block the return of pandemic-era restrictions despite a renewed surge of coronavirus cases.

One bill would repeal an executive order signed by President Joe Biden on his first day in office that requires adherence with the Centers for Disease Control’s guidance on mask-wearing on federal property, as well as the CDC’s mask mandate for public transit.

The bill would also restrict the use of federal funds to “develop, implement or otherwise enforce” federal mask mandates, effectively ensuring that no new mask mandates can be implemented.

The other bill would prohibit mandating any vaccine that was originally authorized for emergency use by the Food and Drug Administration – even if it later received full approval – which applies to all three coronavirus vaccines authorized in the U.S.

That bill would also require parents to sign off before vaccines can be administered to anyone under 18 years old, curbing the ability of schools to mandate vaccines.

Both bills face long odds in a Congress led by Democrats, but even some Republicans may oppose them – like Sen. Bill Cassidy (R-La.), who said Sunday he opposes Florida Gov. Ron DeSantis’ mask mandate ban, arguing “local officials should have control.”

Republican governors like DeSantis and Texas Gov. Greg Abbott have signed orders aimed at banning mask and vaccine mandates, though some cities in both their states have defied those orders amid legal challenges and mandated masks anyway. Arkansas Gov. Asa Hutchinson said Sunday it was an “error” for him to sign a bill in April banning mask mandates, which has since been blocked by a local judge.

“My view on vaccines is simple. I got the vaccine because it was the right choice for me. But I also believe in individual freedom,” Cruz said in a statement.

“If you don’t want to abide by public health guidelines, don’t want to use your role as leaders, elected officials, then you should get out of the way,” White House press secretary Jen Psaki said Friday of governors who have banned mask and vaccine mandates, part of an ongoing campaign of criticism against those officials.

The FDA reportedly hopes to fully approve the Pfizer-BioNTech vaccine by early September, which public health experts and other top officials say could facilitate a deluge of vaccine mandates. “That, I think, will make a difference in terms of what we can do,” House Speaker Nancy Pelosi said Friday of a possible vaccine mandate for members of Congress and their aides.