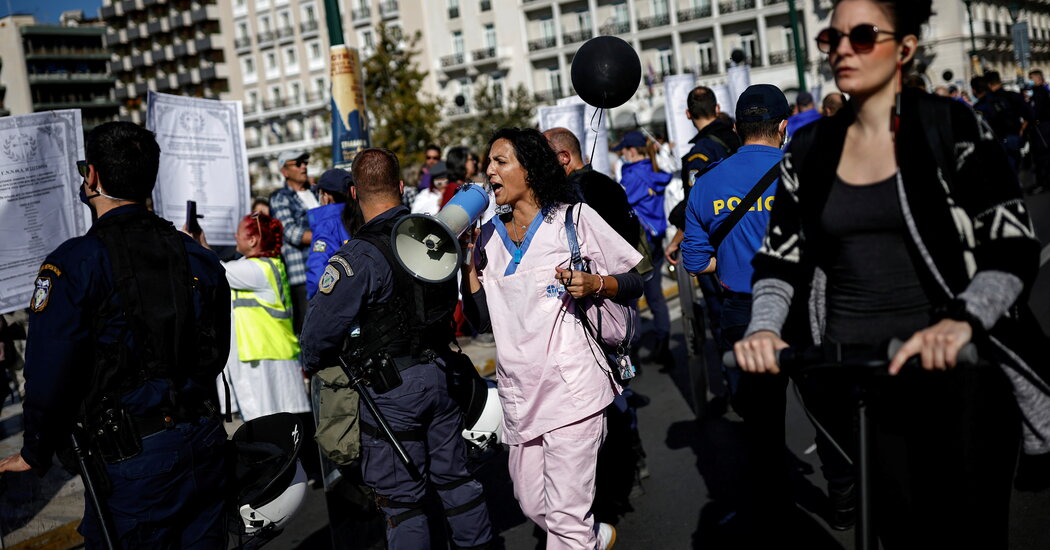 Prime Minister Kyriakos Mitsotakis of Greece announced additional restrictions for the country’s unvaccinated population on Thursday, a bid to keep a recent spike of coronavirus infections from increasing further.

As of next Monday, access to more indoor spaces will be limited to the vaccinated, he said during a televised address. Proof of a negative test will no longer be sufficient for unvaccinated people to enter cinemas, theaters, museums and gymnasiums, he said. The new restrictions broaden those imposed in mid-September, which barred the unvaccinated from the indoor areas of cafes and restaurants.

To increase demand for booster shots, Mr. Mitsotakis also said that the vaccination certificates of those over 60 would expire after seven months. Greece opened eligibility for booster shots last week for all those over 18 who had their last shot at least five and a half months ago. Those who got the Pfizer, AstraZeneca or Moderna vaccines initially were advised to get a Pfizer or Moderna booster. Those who received the Johnson & Johnson shot were advised to get Pfizer, Moderna or a second Johnson & Johnson shot as a booster.

Mr. Mitsotakis appealed to all, particularly the unvaccinated elderly, to get their shots without delay.

“Greece is mourning unnecessary losses as it very simply does not have the vaccination rates of other European countries,” he said.

About 61 percent of Greeks are fully vaccinated, below the average rate in the European Union of 65.4 percent, according to the vaccine tracker of the European Centre for Disease Prevention and Control. Since the end of September, new daily cases have shot up from an average of about 2,100 to more than 6,500, according to the Our World in Data project at Oxford University, and daily Covid deaths have spiked over the same period, going from an average of around 30 to more than 74.

With Europe as a whole experiencing a sustained wave of cases, the sharp restrictions in Greece have been matched or surpassed by other E.U. nations. Austria, for instance, will impose full lockdowns in two states — Salzburg and Upper Austria — next week, after having imposed broad restrictions on the activities of unvaccinated people.

On Thursday, lawmakers in Germany’s Parliament approved a bill whose measures include a rule that only people who are vaccinated against the virus, have recovered from an infection or test negative can ride public transit or attend work in person. The measure is expected to be passed by all 16 states on Friday.

France and Italy have allowed people to enter indoor areas such as cafes, museums and gyms with a health pass that shows the holder has been vaccinated, has recovered from Covid-19 or has tested negative for the virus. However, both countries are reportedly considering restricting access to such areas to the vaccinated.

The Czech Republic, which is experiencing some of its highest caseloads since the pandemic began, will bar people without a vaccination pass or proof of a previous Covid infection from restaurants, bars and hair salons as of Monday. They will also be barred from attending large events.

And lawmakers in the Netherlands, which is reporting record case numbers and sharply rising positive tests, recently restored mask mandates in some public indoor places and instituted a three-week partial lockdown that includes earlier closing hours for restaurants, bars and shops. However, the Dutch government has resisted urgings to close schools, despite significant outbreaks among those aged 4 through 12.