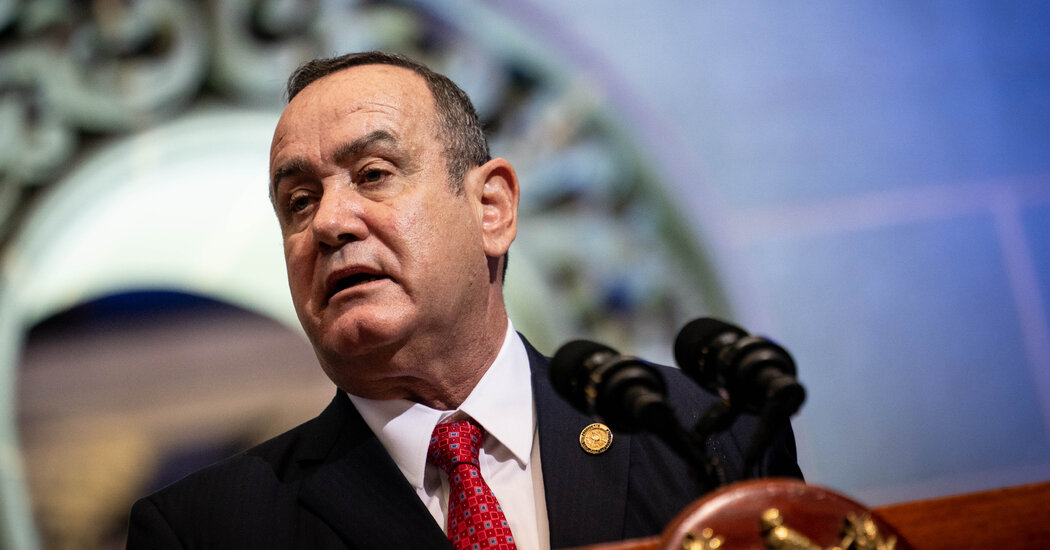 GUATEMALA CITY — Guatemalan prosecutors have opened an investigation into allegations that Russian citizens paid a bribe to the nation’s president, Alejandro Giammattei, a spokesman for the attorney general’s office said Friday.

The inquiry arose out of information publicized in media reports, said the spokesman, Juan Luis Pantaleón, who noted that it began on Wednesday, so investigators are in the first stages of their work on the case.

The announcement follows a New York Times report last month that described explosive testimony by a witness who said he had personally delivered a rolled-up carpet filled with packages of cash to the president’s home.

Guatemala’s top anti-corruption prosecutor had begun to look into the allegations with a small team of investigators, determining that the witness had likely stumbled upon a plot by a Russian-backed mining company to bribe the president for the right to operate part of a key port. But just weeks after their inquiry began, the prosecutor, Juan Francisco Sandoval, was abruptly dismissed by the attorney general and fled to the United States with the evidence he had compiled.

In a statement to The Times last month, the president’s office denied that Mr. Giammattei had accepted bribes but confirmed his “absolute commitment” to clear up confusion around the accusations. The U.S. Department of Justice had already been looking into allegations, a U.S. official said.

The news of the new inquiry by Guatemalan authorities came on the same day that the attorney general issued an arrest warrant for Mr. Sandoval for a breach of duties and obstruction of a criminal case, according to local media reports. Mr. Pantaleón confirmed that the arrest warrant had been issued but would not specify the charges.

The attorney general, María Consuelo Porras, publicly criticized Mr. Sandoval’s work earlier this week, saying that he had never informed her about the bribery inquiry and had illegally removed internal documents.

In retaliation for Mr. Sandoval’s firing, the United States announced in July that it would no longer work with the attorney general’s office and said officials had “lost confidence” in Ms. Porras. But the Biden administration has continued to work with Mr. Giammattei on migration enforcement, a key area of collaboration between the two nations. In July, the administration resumed flights directly expelling migrants to Guatemala.

In a statement released on Twitter, Mr. Sandoval accused the attorney general of spearheading an effort to “criminalize and prosecute” those who contributed to the fight against corruption in Guatemala.