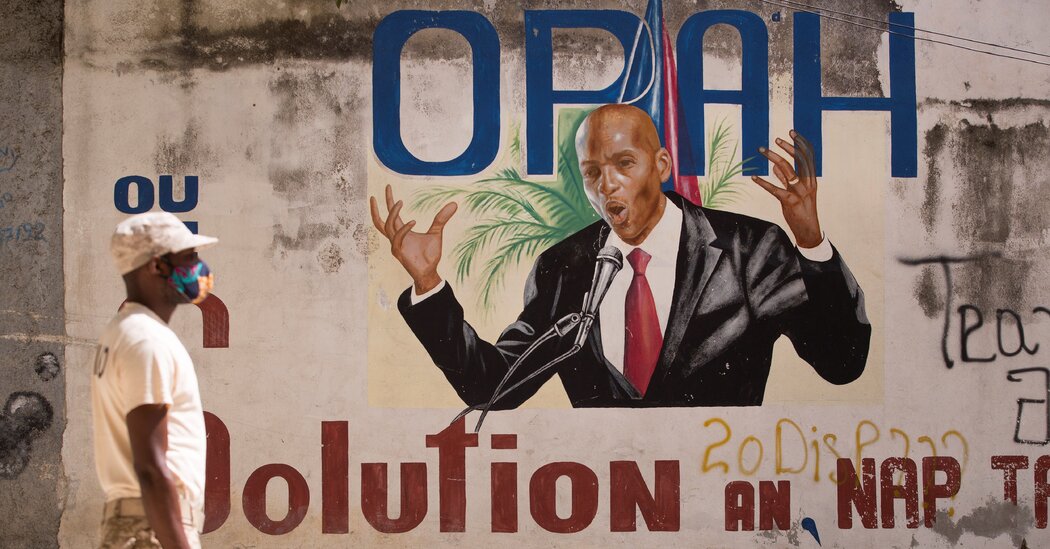 The photos are horrifying. They seem to portray the body of President Jovenel Moïse of Haiti laid out in the morgue, his left eye crushed in, the flesh of one of his arms torn by bullets, his mouth gaping.

A country already reeling from the assassination of its leader on Wednesday and the chaos that followed reacted to the images with horror and despair, afraid that the photos circulating on social media channels would rip the last shreds of dignity from both the person and the office he held.

Even his critics were outraged.

“Even if @moisejovenel was decried and declared a de facto president, let’s not go down to the level of dehumanization established by the @PHTKhaiti,” tweeted the journalist Nancy Roc, referring to Mr. Moïse’s political party. “Haitians are better than that.”

She was among many who beseeched others not to forward the photos that were circulating through the country’s buzzing WhatsApp channels.

The authenticity of the pictures could not be independently confirmed, but Mathias Pierre, Haiti’s minister in charge of elections, told the Nouvelliste newspaper that an autopsy had been carried out on Mr. Moïse’s body. He also seemed to suggest that the photos circulating online had come from that autopsy.

“The corpse was taken to a center for a CT scan. That’s where the pictures were taken,” Mr. Pierre said.

Forensic experts consulted by The Times who reviewed the photographs said that rumors that Mr. Moïse had been tortured — which swirled around social media along with the photos — were unlikely to be true.

“I don’t see anything that looks like it would be typical of torture,” said Dr. Michael Freeman, an associate professor of forensic medicine at Maastricht University in the Netherlands. Dr. Freeman noted that an autopsy would be needed to determine conclusively whether Mr. Moïse was tortured, but the wounds visible in the photographs appeared consistent with gunshots.

Photos of dead bodies left on the streets are sadly regular fare in Haiti. But that the country’s leader would face the same wretched indignity seemed to underscore just how cheap life had become in the country.

The Rev. Rick Frechette, an American Catholic priest with the Congregation of the Passion order and a doctor who regularly treats Haiti’s poor in clinics in Port-au-Prince’s slums and in the hospitals he built in a suburb of the capital, said that for some of his staff members, the president’s brutal assassination had brought back memories of past violence.

“People are traumatized and afraid,” he said.

And then there were those who believed the distribution of the photos was politically motivated, part of the struggle over who will govern the country in the president’s absence.

“Last night’s photos show how much they want to create a climate of violence and instability in the country after their heinous crime,” tweeted Danta Bien-Aimé, a nurse and former Fulbright scholar.