Hawaii Governor Urges Tourists to Stay Away Amid Covid Surge 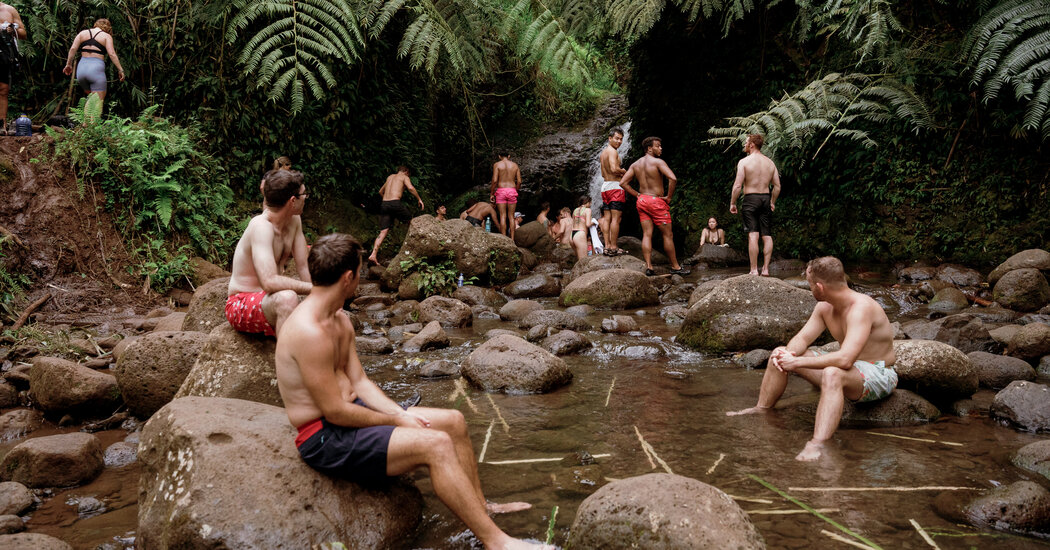 Facing a surge of Covid-19 cases that is straining hospitals, Gov. David Ige of Hawaii asked tourists to stay away.

“It’s not a good time to travel to the islands,” he said. “The visitors who choose to come to the island will not have the typical kind of holiday that they expect to get when they visit Hawaii.”

The governor’s remarks came at a news conference on Monday after the island of Oahu said it was imposing tighter restrictions on gatherings.

“We really thought we saw the light at the end of the tunnel,” Mr. Blangiardi said at a news conference. “But over the last several weeks, cases have surged and the Delta variant has proved to be more than formidable.”

The governor said he fully supported the actions that Oahu had taken.

Since July 1, Hawaii has experienced a sharp rise in new cases. The state’s seven-day average of new case reports peaked at 729 a day on Aug. 19, more than double the state’s previous high last fall, according to a New York Times database. In the past two weeks, new cases increased by 37 percent in Honolulu County, and hospitalizations more than doubled.

Mr. Blangiardi said that after extensive conversations with state health officials and health care providers, it was determined that large gatherings were the main cause of the rapid communal spread recently.

The restrictions mean that athletic events at the University of Hawaii will proceed without spectators, and that large concerts at the Waikiki Shell will be canceled. The mayor said that people would still be able to hold weddings, funerals and luaus, as long as they adhered to crowd limits. Restaurants will continue to operate at 50 percent of capacity, and youth sports can finish their seasons as long as parents spread themselves out as spectators.

Hawaii was the last state to expand vaccine eligibility to all adults. About 55 percent of the state population has been fully vaccinated so far.

At the news conference on Monday, officials said they were concerned about low vaccination rates in Oahu and the large number of young men and women with Covid-19 who were being treated in the island’s intensive care units.

Dr. James Ireland, the chief of the Honolulu Emergency Medical Services, said that over the past couple of weeks, island hospitals had seen a net increase of 10 to 14 patients a day. He warned that “very, very soon,” hospitals would not have the capacity to care for any more patients and that emergency services were close to “maxed out.”

Although Oahu was acting to curb large gatherings, which appear to be fueling the current spread, officials emphasized that the best way to fight the virus was to get vaccinated. According to the Hawaii Department of Health, the highly contagious Delta variant, which is more dangerous for those who are not vaccinated, now accounts for 93 percent of the state’s Covid-19 infections.

“That’s the way out of this,” Dr. Ireland said. “Vaccinations.”