He Worked With the U.S. for 9 Years. Now He’s Left Behind in Afghanistan. 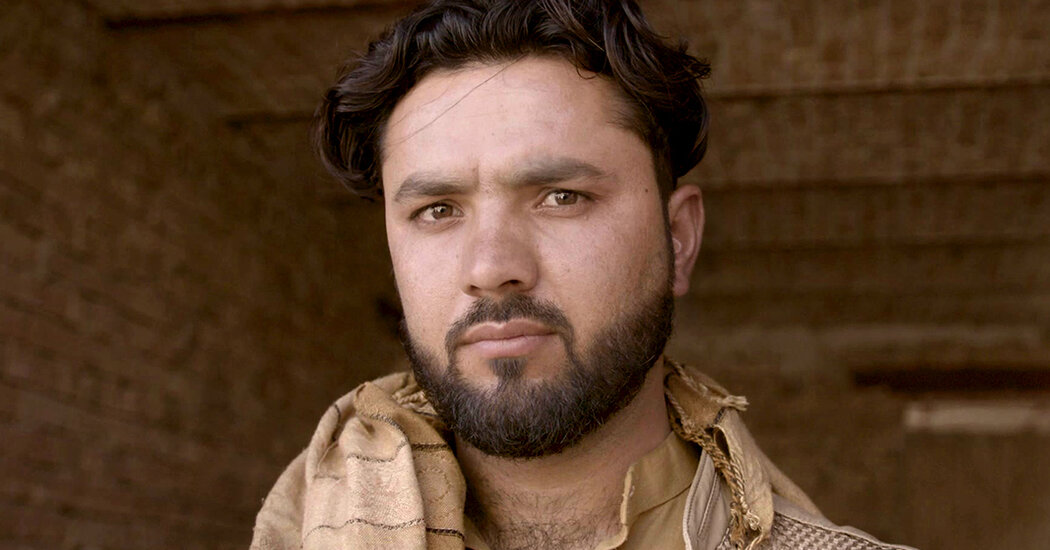 For most of Romal Noori’s life, American troops have been nearby. He grew up near Bagram Air Base, once the largest American military base in Afghanistan and the nerve center of the U.S. war operation for two decades.

Romal worked for the U.S. military for about nine years, starting as a teenager. He had a variety of jobs, working as a janitor, a translator and, later, a technician operating machines at a landfill.

“We basically acted like a bridge between the Americans and the locals,” Romal said. “In those days we were there to help them. Now we need their help.”

We spoke to Romal in a series of video calls over the course of a month. We discussed the risks of showing his face publicly and offered to protect his identity, but Romal decided to appear on camera to draw attention to the plight of Afghan laborers who risked their lives working with the United States, and are now counting on the Biden administration to help them leave Afghanistan.

Now 31, Romal still lives in Bagram with his wife and four children. Since the United States began its final withdrawal from Afghanistan a few months ago, the town’s economy and security have sharply declined. With each passing day, Taliban are taking over more territory around the country. Romal said he feared being targeted if the Taliban reached Bagram.

And he’s not alone. Romal is one of about 20,000 Afghans, along with more than 50,000 of their immediate family members, who have applied to move to the United States through a special visa program known as Special Immigrant Visa. The program was created by Congress as a quick way to bring Afghan interpreters and contractors to safety in the United States, but stringent vetting requirements have trapped many in bureaucratic limbo for years.

“In its current form, this program is not going to address the concern of what happens to Afghanistan with the withdrawal of U.S. troops,” said Jennifer Patota, a senior supervising attorney at the International Refugee Assistance Project. “The S.I.V. program is in no way going to be a fast enough program to get Afghans to safety.”

On July 14, after months of pressure from veterans groups and lawmakers, President Biden announced an evacuation plan called Operation Allies Refuge, which will temporarily relocate interested and eligible S.I.V. applicants and their families to a safe place outside Afghanistan while they wait for their visas to be approved. The first group of eligible Afghans began arriving in the United States on July 30.

For now, the option to be relocated is only available to those who are in the final stages of the S.I.V. application process. Romal and a vast majority of Afghans who have applied are stuck in Afghanistan until their cases move forward.

“The next year for Afghanistan does not look good. Especially if things continue the way they are right now,” he said. “It’s really hard for people to live like this.”