Here Are All The Fortnite Season 8 Battle Pass Skins, But Who Is The Secret Skin? 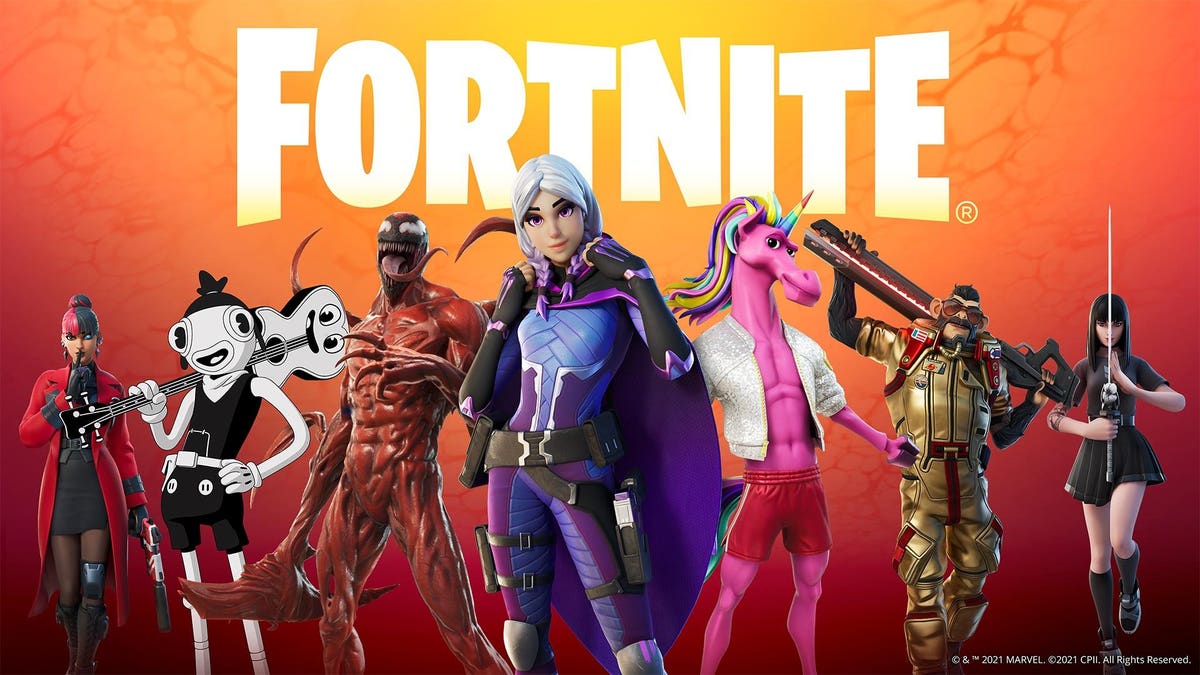 Fortnite kicked off Chapter 2, Season 8 with a bang—literally.

In a pretty wild live-event yesterday, Dr. Slone used players to take down the Mothership, but her plan to destroy Kevin the Cube fell through.

Now, Kevin and lots of other, smaller Cubes have been scattered all across the island, which has seen its fair share of map changes.

The Battle Pass also contains some of the most creative Skins we’ve seen in a very long time. Here’s each Season 8 Battle Pass Skin and each of their alt-styles.

Like Season 7, these aren’t locked on a Tier-track like before. Now there are ten pages and you unlock items in whatever order you like on each page with Battle Stars.

You have to gain a certain level and/or purchase enough items from previous pages to unlock new pages, but it’s still less linear than before.

Charlotte is the very first Battle Pass Skin—she comes unlocked from the get-go.

She has a couple different styles that you can unlock further down the Battle Pass.

If you complete the entire Battle Pass there are a handful of special styles you can unlock, including this Tattered Spirit style for Charlotte:

Toona Fish—get it? Like Tuna but a cartoon. Very clever, Epic. Toona Fish is this season’s Kymera, basically. Alien Artifacts are gone but now players have to find Color Bottles all across the map. Finding these unlocks lots of colorful options to transform the black and white vintage cartoon Skin into all the colors of the rainbow.

Down on Page 4 you’ll unlock Kor, this season’s bore. Out of all the very imaginative Season 8 skins I just find Kor the least inspired. She’s fine but nothing special. Her alt-styles are also just a bit on the meh side.

I guess her Trench Coat style is stylish enough:

Then there’s this Arctic style as an extra after the Battle Pass is all wrapped up:

Fabio Sparklemane is one of the best skins Epic Games has come up with ever. The fabulous unicorn has a bunch of equally fabulous cosmetics to go with him including one cereal box emote that’s genuinely hilarious.

His alt-style is pure gold:

Unfortunately for us, these are the only two Fabio Sparklemane skins in the Battle Pass.

J.B. Chimpanksi is another really great skin. The human-chimp hybrid is decked out in a golden astronaut suit, but he’s got a few alt-styles to keep things interesting. If you get tired of gold, you can switch to pink—just like Fabio Sparklemane!

J.B. also gets a bonus style after you complete the Battle Pass, giving him a shiny space helmet:

Sort of reminiscent of other astronaut skins in the game.

Torin is billed as the central character / leader of the pack for Season 8. You can see she’s front and center in all the Season 8 key art. She’s pretty badass, no doubt. One of her emotes transforms her into a masked version of herself and she looks a bit intimidating even:

I guess Torin is tied to the new Sideways dimension that’s been added in Season 8. I’m sure we’ll get her “story” vis-a-vis quests.

The very last Season 8 Battle Pass Skin is Carnage, one of the more fearsome Marvel characters to arrive in Fortnite. You can unlock his Maximum Carnage style once you complete the Battle Pass:

There’s one final skin in the Season 8 Battle Pass but nobody knows who she’ll be. From the teaser image it’s clear this is a she but beyond that it’s a guessing game.

You can see her outline in the image below:

I have to say, she reminds me of the Ice King / Ice Queen skins a bit. Most of the “secret” skins in Chapter 2 have A) not been secret and B) been non-Fortnite characters like Deadpool, Aquaman and Superman. I really hope this is an original character with a part to play in the season’s over-arching narrative. I guess we’ll find out.

You can read more about the Season 8 Battle Pass here and check out the new season’s map changes here.