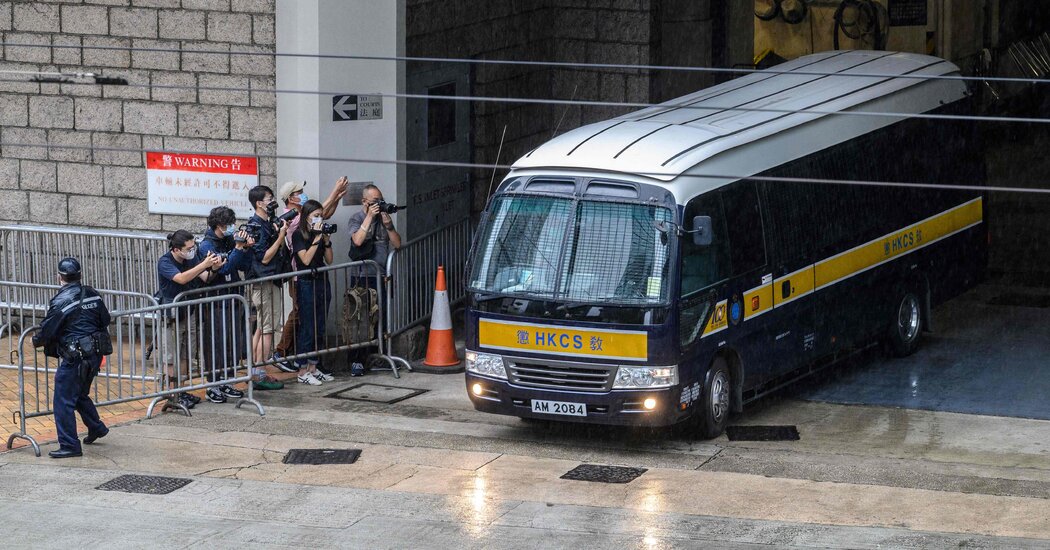 The prosecution had spent much of the 15-day trial analyzing the meaning of the slogan, relying on the testimony of Lau Chi-pang, a history professor at Lingnan University in Hong Kong, that the meaning of the Chinese words for “liberate” and “revolution” had remained constant for more than 1,000 years.

The discussion covered a range of history, from the ancient Shang and Zhou dynasties to the Cultural Revolution and Malcolm X. Professor Lau testified that the slogan, which was coined in 2016 by Edward Leung, a now-imprisoned pro-independence activist, called for acts of violence to end China’s control of Hong Kong.

Mr. Tong’s attorneys had argued that the phrase, widely used during the protests that convulsed the city in 2019, was not necessarily a call for independence.

“Just as if somebody says let’s go fight for our rights, that doesn’t necessarily mean get out a gun and start shooting people,” said Clive Grossman, Mr. Tong’s lead defense attorney. Two defense witnesses, Eliza Lee, a professor of politics at the University of Hong Kong, and Frances Lee, a professor in the journalism school at the Chinese University of Hong Kong, testified that the phrase had carried a variety of meanings in recent years.

Anthony Chau, the lead prosecutor, had also argued that Mr. Tong’s driving had shown “utter disregard for human life” and caused “serious violence against police” when, after driving past officers who had formed three lines to stop him, he crashed into officers who had rushed to form a fourth checkpoint.

Mr. Grossman acknowledged that Mr. Tong’s driving was dangerous and that he should have stopped when ordered to do so by officers, but he said that did not amount to terrorism. He argued that Mr. Tong had avoided police officers at the previous checkpoints, and that he had braked at the fourth but might have been distracted when at least one officer threw a shield.

“A person who sets out to commit the act of terrorism by driving into people does not put his foot on the brake,” Mr. Grossman said.