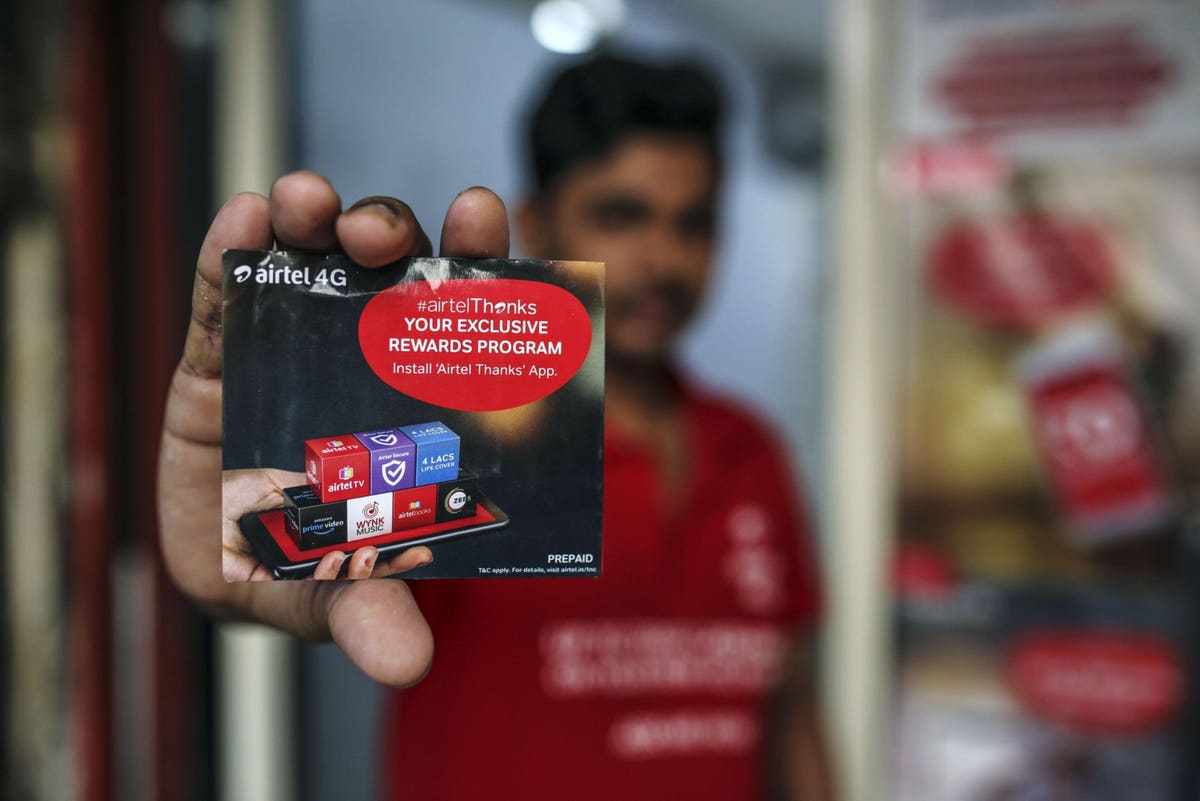 It was always a question of when, not if. When would India’s telecoms market be reduced to a duopoly? The inevitable happened this week with billionaire Kumar Birla’s decision to resign as non-executive chairman of Vodafone Idea and step down from its board. This move highlights the scale of the crisis that the cash-strapped company, the country’s third-largest telecom player, is now facing.

Vodafone Idea, a joint venture between Britain’s Vodafone Group and Birla’s Idea Cellular, says it’s heading toward collapse under the weight of crippling debt, amounting to $24.2 billion. Part of that was accumulated amid an intense price war that’s seen Vodafone Idea losing market share to Mukesh Ambani’s Reliance Jio. Furthermore, it owes the government dues of $21.2 billion to be paid over the next 10 years.

Birla, the fourth-generation head of the Aditya Birla Group, had written a letter to the government in June offering to sell the group’s stake in Vodafone Idea to any government approved entity. In his letter, Birla highlighted that Vodafone Idea had, over the last year, taken steps to improve its operational efficiency, despite which the company’s financial condition had deteriorated sharply.

Vodafone Idea’s shares, which had tumbled as much as 45% this week before recovering some of the losses to finish the week down by just over 14%. The venture has posted 11 straight quarters of losses. For the year ended March, Vodafone Idea posted a loss of 442.3 billion rupees on revenue of 419.5 billion rupees.

The company had been seeking to raise 250 billion rupees through a mix of debt and equity to sustain its operations, but Birla said investors want to see clear government intent to support a three-player telecom market.

Birla says prospective investors want to see the government provide clarity on AGR (adjusted gross revenue) liability (money the telecoms have to pay the government), a moratorium on airwaves payments and a floor price for tariffs. Unless immediate support from the government was forthcoming, Birla said, Vodafone Idea’s financial situation would drive its operations to an irretrievable point of collapse.

Vodafone Idea’s website says the company’s gross debt (excluding lease liabilities) on March 31 was 1.8 trillion rupees. This comprised deferred spectrum payment obligations of 962.7 billion rupees and AGR liability of 609.6 billion rupees that are owed to the government, and debt from banks and financial institutions was 230.8 billion rupees.

There is a sliver of hope now for Vodafone Idea after the government introduced a bill to amend a retrospective taxation legislation that was enacted in 2012. The country’s lower house Lok Sabha passed an amendment on Friday to the Income Tax and Finance Act 2012, making it clear that no tax demand will be raised for indirect transfer of Indian assets if the transaction was done before May 28, 2012.

Vodafone Idea’s financial woes date back a few years, but the situation worsened significantly when the Supreme Court upheld in September 2020 the Department of Telecommunication’s interpretation of the definition of AGR, which includes revenues earned from non-telecom sources such as interest income and capital gains. Both Vodafone Idea and Airtel appealed the decision, but the apex court dismissed their appeal in July.

The company went public in 2007 when it raised about 25 billion rupees by listing its shares on the stock exchanges. In March 2017, Idea Cellular and Vodafone Group announced that they were combining their operations in the country

Reliance Industries’ re-entry into the telecom market upended the industry with aggressive data and voice price plans. All the other telecom operations, including leader Airtel, have been struggling to compete with Jio.