How Many People in Afghanistan Need to be Rescued? The Number Remains Elusive. 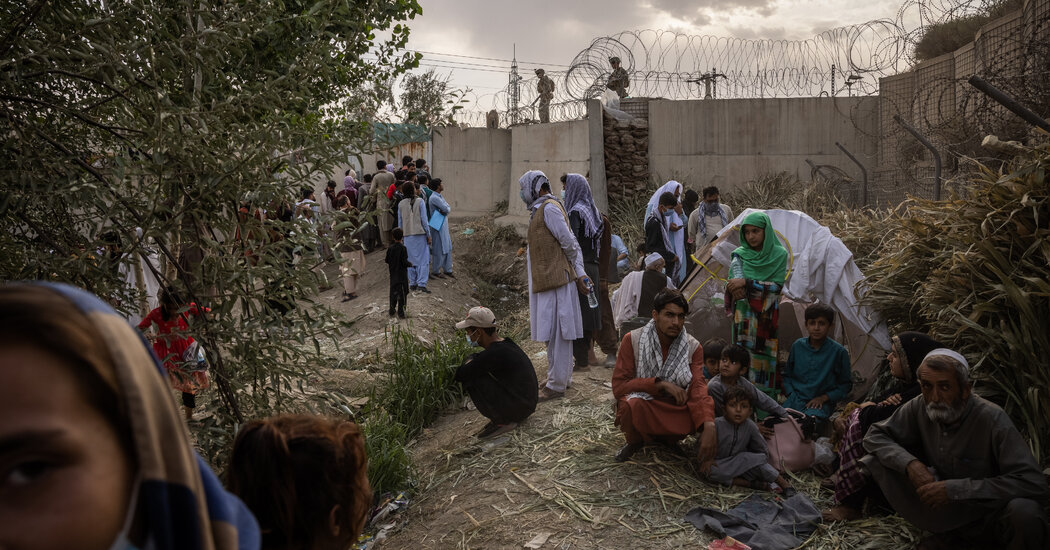 WASHINGTON — More than 70,700 people had been evacuated from Afghanistan as of Tuesday evening. Nearly 6,000 American troops are protecting the international airport in Kabul, the capital. And additional U.S. flights are leaving every 45 minutes.

The Biden administration has provided a stream of updates about its airlift of Americans, Afghans and others since Aug. 14, when the Taliban closed in on Kabul. Yet U.S. officials are reluctant to offer an estimate of the one number that matters most: How many people ultimately need to be rescued.

That tally has never been more critical, with the American government preparing to wind down evacuations as the U.S. military begins its final withdrawal from Afghanistan. On Tuesday, President Biden reaffirmed his plan to remove all American troops by Aug. 31, although he left room “to adjust the timeline should that become necessary.”

But U.S. officials believe that thousands of Americans remain in Afghanistan, including some far beyond Kabul, without a safe or fast way to get to the airport. Tens of thousands of Afghans who worked for the U.S. government over the last 20 years, and are eligible for special visas, are desperate to leave.

And refugee and resettlement experts estimate that at least 300,000 Afghans are in imminent danger of being targeted by the Taliban for associating with Americans and U.S. efforts to stabilize Afghanistan.

Recounting his conversations with other world leaders, Mr. Biden said Tuesday evening at the White House that they had agreed to “continue our close cooperation to get people out as efficiently and safely as possible.”

“We’re currently on a pace to finish by August the 31st,” Mr. Biden said. “The sooner we can finish the better.”

But other senior U.S. officials doubt the evacuations will be complete by then.

“Americans want us to stay until we get our people out, and so do our allies,” Senator Ben Sasse, Republican of Nebraska, said Tuesday. Mr. Biden, he added, should “tell the Taliban we’re getting our people out however long it takes.”

Administration officials say the numbers are changing on an hourly basis, if not minute-to-minute, especially since other countries have their own evacuation operations.

But the American effort is unquestionably the largest. Given the resources and risk the United States is putting into the evacuation, how can the government not know how many people it is planning to fly out?

“Very good question! We are wondering the same,” said James Miervaldis, the chairman of No One Left Behind, a nonprofit that advocates the relocation of Afghan interpreters to the United States.

Here is what we know.

Doesn’t the U.S. government track the number of Americans who are in Afghanistan?

The U.S. Embassy in Kabul is contacting Americans who are believed to be in Afghanistan — officials say there may be thousands — and offering them safe passage to the airport in Kabul to fly out. But the alerts are going only to Americans who provided the government their location before Kabul fell or in the week since.

The situation has led to U.S. officials combing through databases that may be vastly outdated or undercount the number of U.S. citizens in the country. One Biden administration official said most Americans in Afghanistan are dual citizens, and may have never registered with the embassy or otherwise advised the U.S. government of their whereabouts.

“It’s our responsibility to find them, which we are now doing hour by hour,” Jake Sullivan, Mr. Biden’s national security adviser, said on Monday. “In the days remaining, we believe we have the wherewithal to get out the American citizens who want to leave Kabul.”

More than 4,000 American citizens, plus their family members, have been evacuated so far, a senior State Department official said on Tuesday. Thousands more remain: A day earlier, a congressional official put the total number of U.S. citizens still in Afghanistan at 10,000. It was not clear how many of the 4,000 who have been evacuated were included in that tally.

Why has it been so difficult to estimate who qualifies for a Special Immigrant Visa? Doesn’t the United States have payroll records or staff lists that track this?

First, some history on the so-called S.I.V. program.

In 2009, Congress approved special refuge for Afghans who had worked for the American military and U.S. Embassy as interpreters, translators, advisers and other jobs during the war, and who could be targeted by the Taliban or other extremists for assisting the United States.

The International Rescue Committee estimates there are tens of thousands of Afghans who are eligible for the special visas. But only about 16,000 Afghans have received the special visas since 2014, and the State Department faced a backlog of more than 17,000 applications when Mr. Biden took office in January.

Between mid-July and Aug. 14, the State Department evacuated about 2,000 Afghans who qualified for the visas. After a several-day pause last week while the Biden administration focused on evacuating American citizens and embassy staff, flights have resumed for the former Afghan employees; the first plane load of special immigration visa holders since Kabul fell departed Ramstein Air Base in Germany early Monday and headed to the United States.

One congressional aide said the Biden administration had identified about 50,000 special visa applicants, and their families, to be evacuated. But the aide said far more were eligible.

Sunil Varghese, the policy director for the International Refugee Assistance Project, said it was not clear how many Afghans qualified for the program — largely because the Pentagon and State Department had done a poor job of coordinating and communicating with each other about who had worked for each agency.

And without a centralized U.S. government database to track former employees in Afghanistan, it fell to the Afghans to prove they had worked for the United States, Mr. Varghese said.

So once Americans and S.I.V. holders are evacuated, is that it?

Far from it. The administration acknowledges that there are hundreds of thousands of Afghans who are considered at high risk of being targeted by the Taliban — former Afghan security forces, government officials, journalists, judges and prosecutors, and women rights advocates among them.

The State Department said it had accelerated its referrals of Afghans at high risk to the U.S. Refugee Admissions Program. That program, however, would generally require Afghans to apply through the United Nations’ refugee agency and await approval — a process that can take years.

As of Friday, the State Department was planning to accept up to 50,000 Afghans into the United States under a humanitarian parole — meaning they would be temporarily settled at military bases until their visas were processed, according to a memo provided by a resettlement worker.

“This caseload would be separate from — and additional to — the Afghan refugee or S.I.V. cases who will also continue to be admitted,” according to the memo, which was confirmed by a person familiar with it who said even 50,000 was a vast undercounting of those in need. The State Department declined to comment.

One administration official said the number of people who needed to be evacuated could be more than 100,000. The International Rescue Committee has a much higher estimate: 300,000 Afghan civilians alone.

Is it even possible to get that many people out in time?

Not likely. The evacuation mission is widely expected to slow to a trickle once the U.S. military exits. Without the protection of the 6,000 American troops in Kabul, the military airlift will end, and State Department charter flights will slow, and could altogether cease. Additionally, some other foreign governments have said they would have little choice but to also depart.

The Biden administration is warning the Taliban, which wants international aid to Afghanistan to continue, to allow Afghans to leave the country — a commitment that Ned Price, the State Department’s chief spokesman, said did not “have an expiration date.”

“So it certainly stands to reason — and we will hold the Taliban to this; the rest of the world will as well — that individuals who seek to leave after the U.S. military is gone will have an opportunity to do so,” Mr. Price said on Monday.

But on Tuesday, the Taliban said they would block Afghans trying to leave the country from traveling to Kabul’s airport.

“I am pleading for the United States to help my family — the family that has been teaching English, working on military posts and are now in imminent danger for having helped America,” said Fatima Jaghoori, a naturalized U.S. citizen who was born in Afghanistan and served in Iraq with the U.S. Army. Her husband, who also served in the American military, was killed in Afghanistan.

“Please let my service and sacrifice act as a token to bring my family to safety,” she wrote in a letter to U.S. officials. “My family does not have a chance at life if they are left to the Taliban rule.”